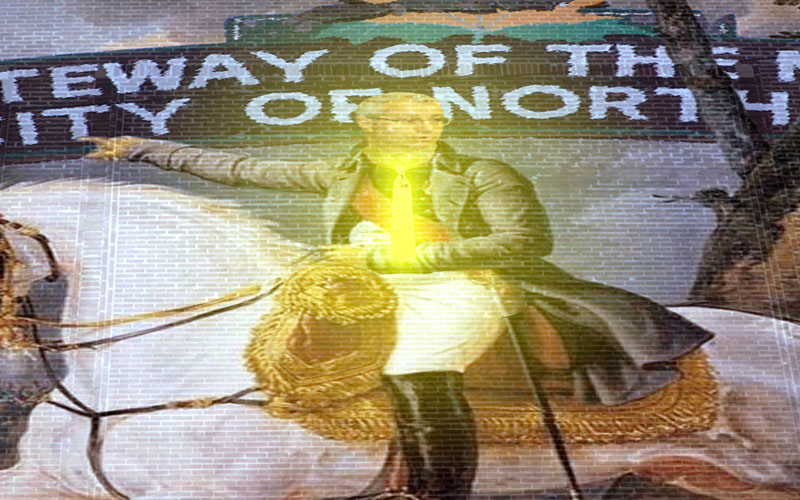 NORTH BAY — The mural of Vic Fedeli astride a white horse was perfect – except for one detail.

“We realized after the fact that Vic was missing his signature yellow tie,” says Capitol Centre Board Director Melinda Hayley. “People began writing in to tell us that Vic was tie-less, so we did what any municipally funded, tax-payer supported organisation would do: we shelled out $4500 to get it fixed.”

Lė’s appearance may have been costly, but it was “of the upmost importance that he be the one to do it.”

“Because it was such a last minute thing, we had to pay for Mr. Lė to fly in from Sweden,” explains Hayley. “We knew he would be a little pricey, but we were prepared. Along with the cost of his transportation and accommodation, we also covered Mr. Lė’s per diem, equipment rentals for overnight flood lighting, and the acquisition of five of the unique, hand-crafted horsehair brushes Vendelín uses.”

“Combined with the overtime I put in, the total cost for Vic’s tie was just over $4500.”

Hayley says she is proud of how the situation was handled.

“No one panicked,” smiles Hayley. “Everyone worked together and with Vendelín to finish the mural in time for the Tuesday morning commute.”

“I’m sure that the new tie brightened somebody’s morning. I hope it did, anyway, as the paint was made of rare yellow bird eggs and cost an additional $3000.” 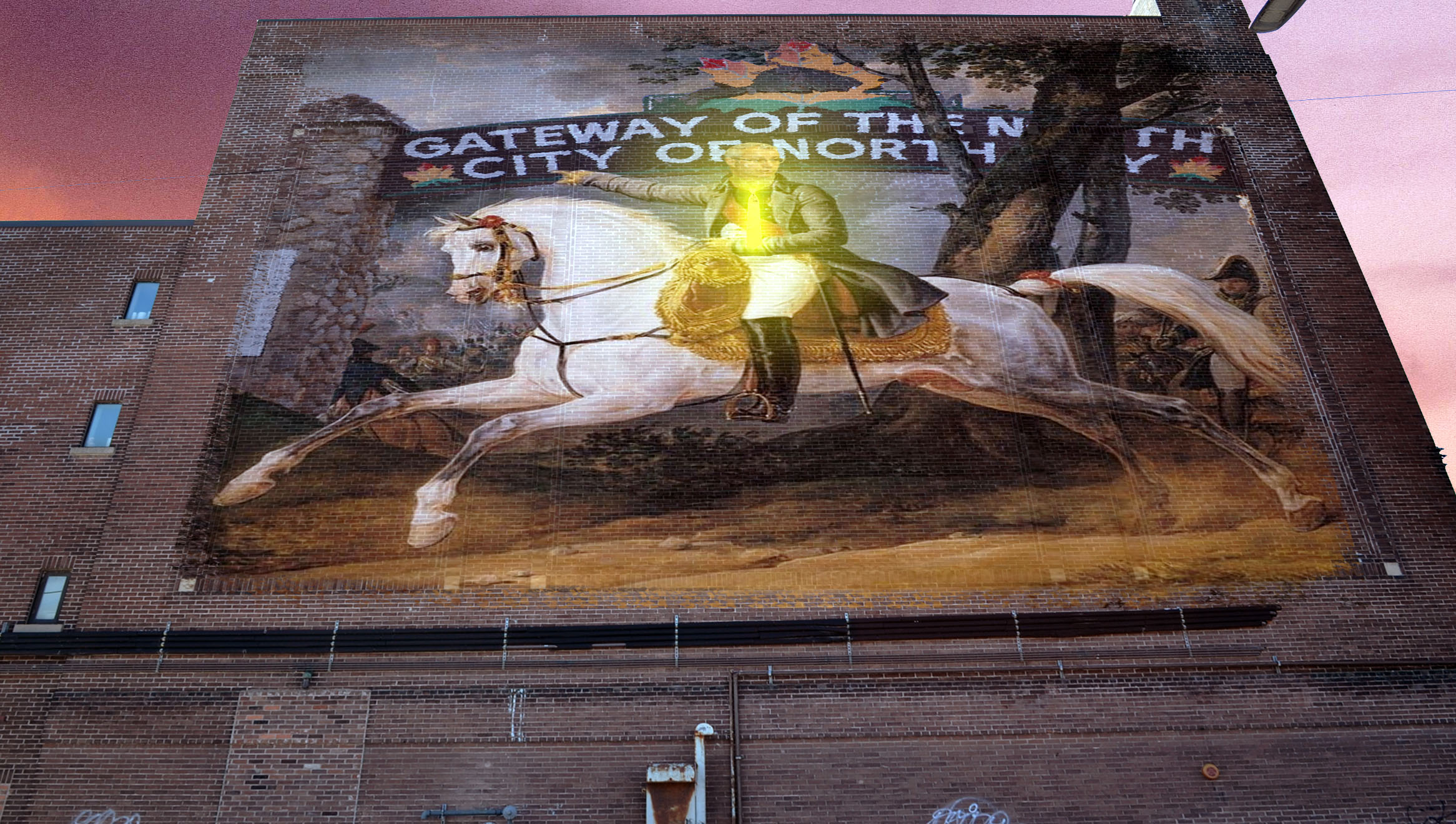