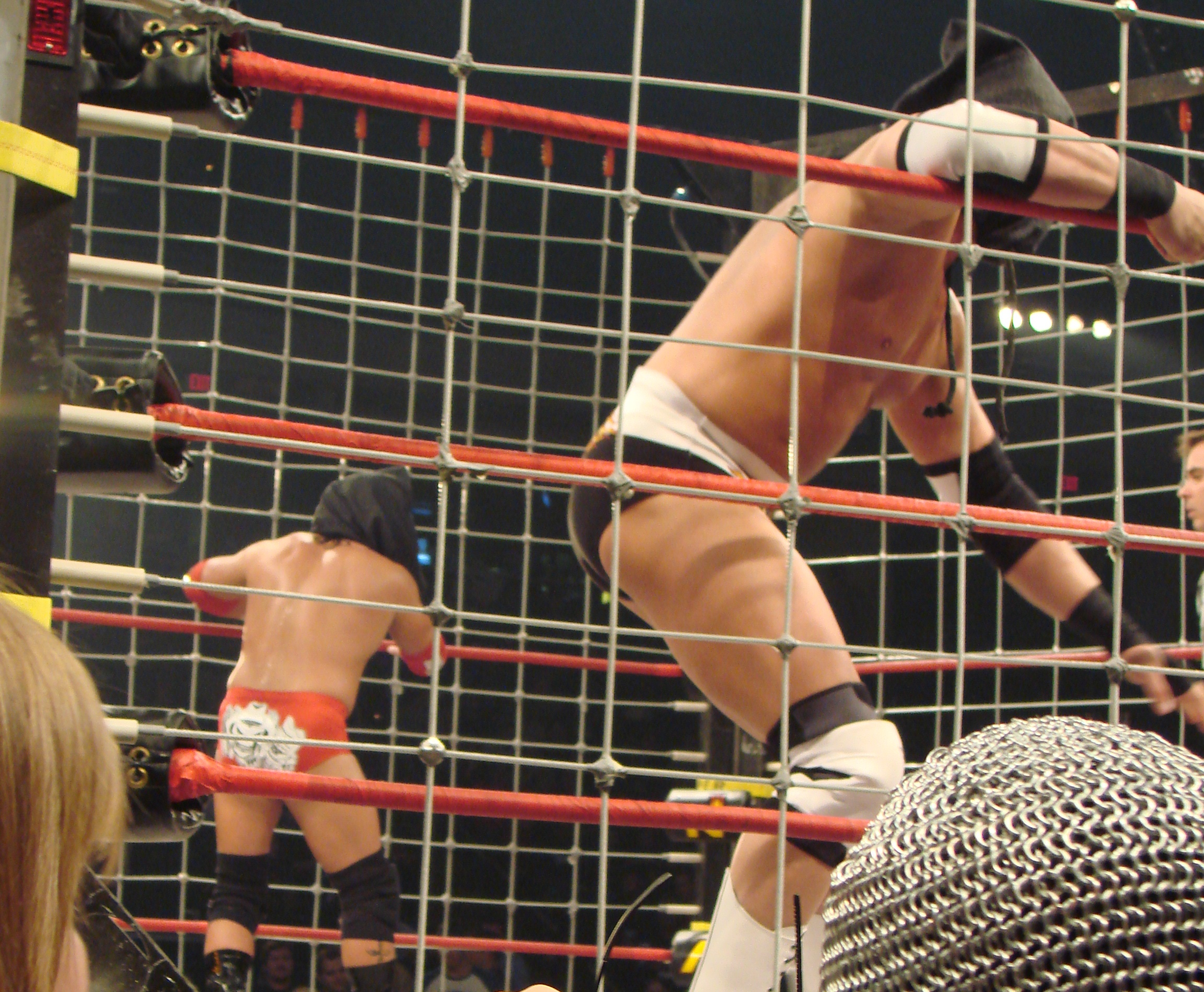 NORTH BAY – Tragedy nearly struck Saturday afternoon when two professional wrestlers discovered that they were stuck in a cage together.

But before that, Northbrands Wrestling’s Saturday show “Rage in the Cage” was going well.

“We opened with hometown wrestler Ray Fray taking on the Cruiserweight champ Wriggly Jim,” explains Northbrand Wrestling owner Dann Jarris. “Then a women’s match between Miss Count
and Miss Call and Miss Diagnoses and a tag team bout. A couple more matches and WHAM! We’re looking at the main event.”

The main event in this case being a classic “Cage Match.”

“Alright, so cage matches are a hit with the crowd and we knew we had our upcoming show at the Davedi Club,” says Jarris, “So I’m thinking, why not mix the two? We decided to have the cage built around the wrestlers as a dramatic show that these guys are trapped together until one scales the cage and escapes.”

“But then we ran into an issue.”

Just over twenty minutes into the match, both the wrestlers and the audience discovered that due the Davedi Club’s lower ceiling, there was, in fact, no room for the wrestlers to escape.

“There just wasn’t any space to get over. And we had sealed them in. Lord knows they tried to get out, but it just wasn’t possible.”

The match continued for another 60 minutes before emergency workers were able to arrive.

“We get calls like this all the time,” says North Bay Fire Chief Lance Fisher, “but those were two tough SOB’s who wanted to walk out the Northbrand Heavyweight Champion. They wouldn’t stop until they were the the first out of the cage.”

“So we did what we had to – grabbed some hot dogs and watched them punch each other for a bit.”

After both men were “all tuckered out,” Fisher and the Fire Department cut open the cage and released the sticky, listless wrestlers.

They then set both combatants on the ground at the same time so that the match would result in a draw.

“I’m going to give them a rematch” says Jarris. “That’s for sure. They deserve it. We’ll be smater next time. I’m thinking maybe a Casket Match at McGuinty’s or an Inferno Match at one of the old businesses downtown.”

“You know, something safe.”

More updates on the rematch as it develops.