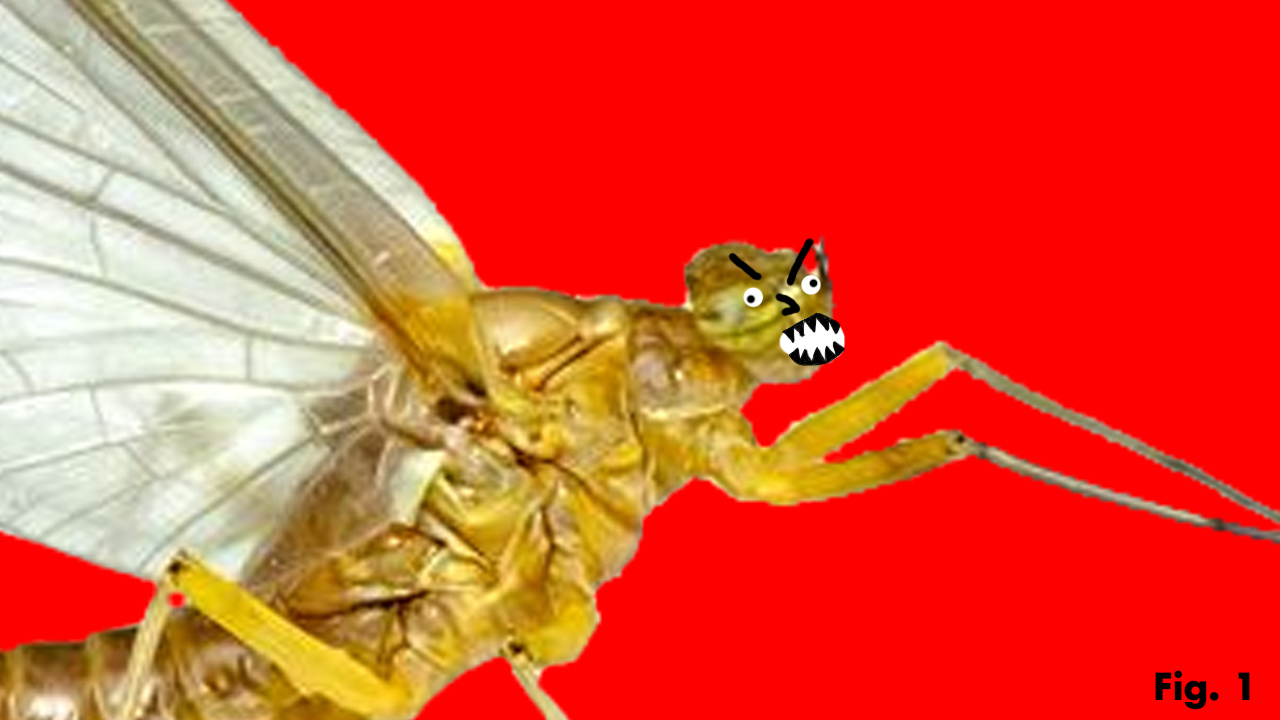 NORTH BAY – “There are no stupid studies, just stupid people.”

Nowhere has this famous quote been truer than in North Bay.

Døgnflue University has partnered with The City of North Bay to answer a single burning question – what would the world be like if shadflies had mouths?

“Simply put, no one would have secrets,” says researcher Kristen Bellerose. “Shadflies latch onto every surface they can. They both hear and see and the only thing stopping them from telling everyone all your secrets is their lack of a mouth.”

Those late night peanut butter and icing sandwiches? That pizza you dropped on the floor at work? That bribe you took for construction contract?

All those secrets are safe… for now.

But once shadflies grow mouths they might not be.

“There’s no evolutionary benefit to it right now, but to be fair we don’t fully understand the long-term effects of Lake Nipissing. I mean, it’s certainly having some sort of effect on the people, so who’s to say that shadflies won’t someday gain mouths and sow chaos?”

“Not me,” shrugs Bellerose. “Or at least not until we get another study grant.”