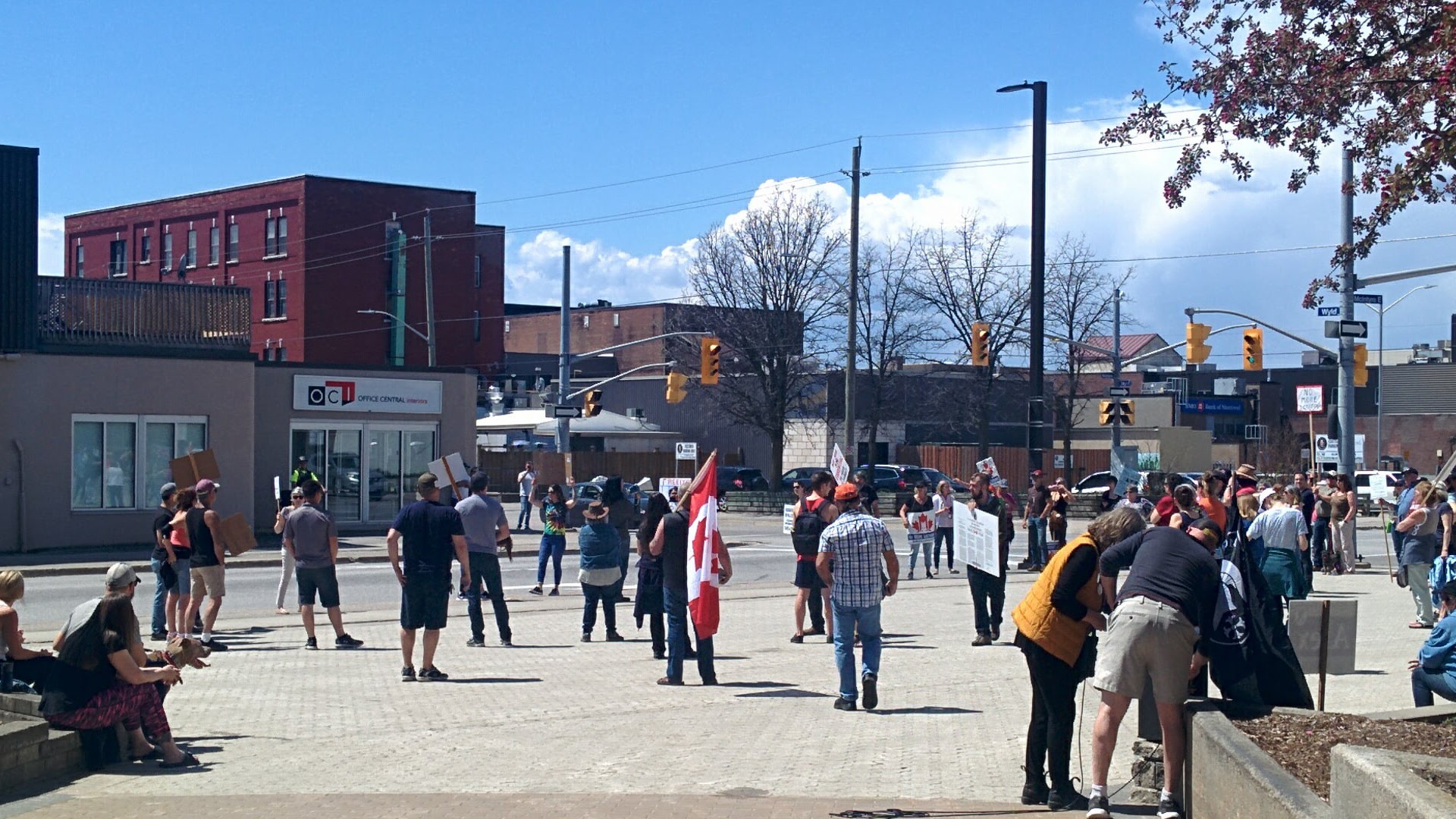 “We were hoping for a few more,” frowns attendee Bart Vianzl. “I blame the poster, personally. I told them using Comic Sans was a show of weakness. “

The Rally, which featured one guy constantly yelling “FREEDOM!” into a megaphone, saw the group walk from the waterfront to an empty City Hall and then back again.

“68 isn’t too bad,” says Kunkle. “We have enough people to ice an official NHL team, which as everyone knows is the true measure of success in Canada.”

“Granted, it would be an entire team of Dion Phaneufs and late career Scott Gomezes, but that’s not the point.”

“The point is people showed up, and once vaccines roll out and the community gains immunity to Covid-19 and things open up again, everyone here can smugly say it was because of things like this – and not the hard work of medical professionals, researchers, and dedicated volunteers – that North Bay returned to normalcy and our ‘lost freedoms’ were restored.”

Kunkle literally pats herself on the back.