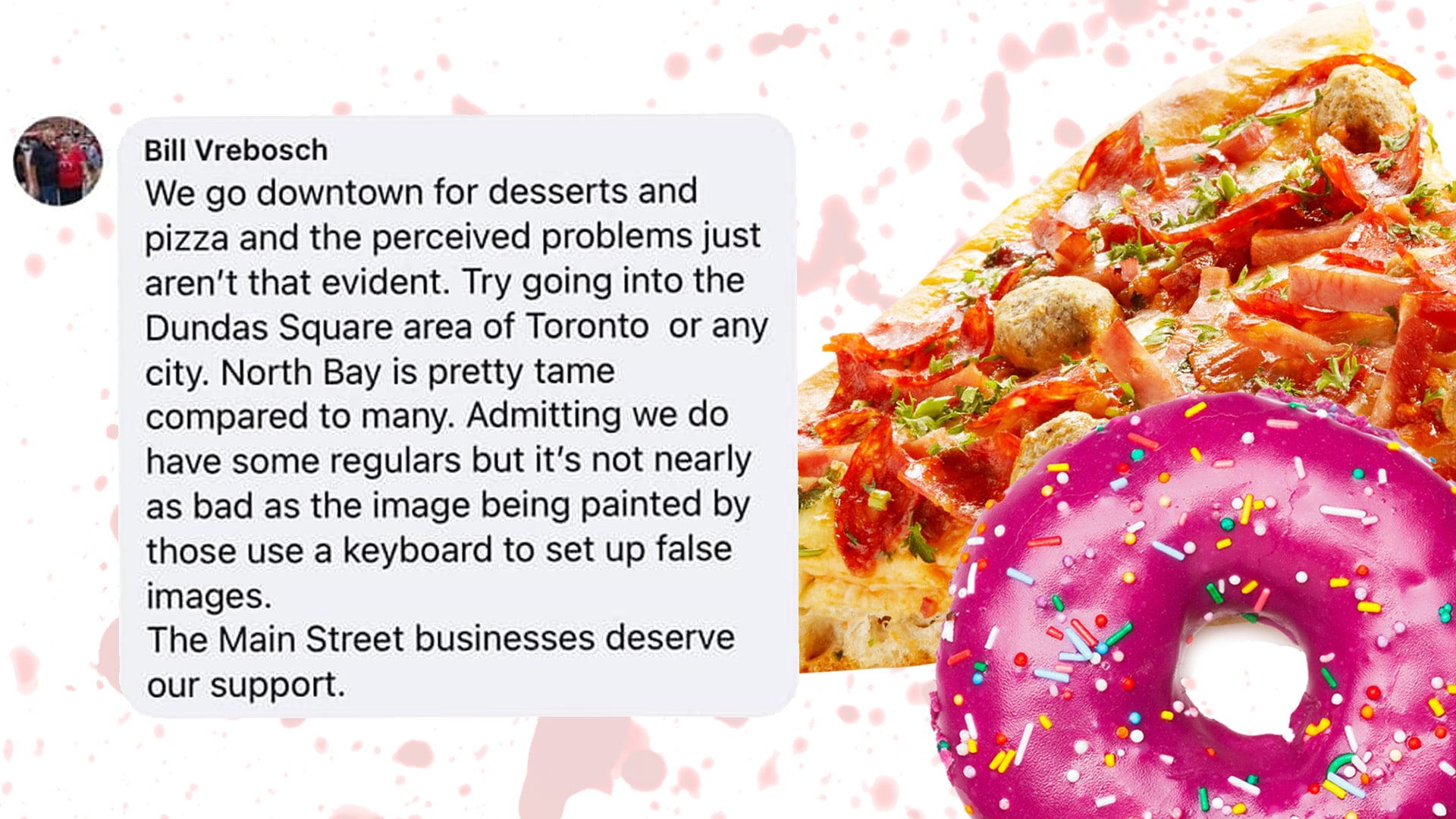 NORTH BAY – In a surprising act of charity, City Councillor Bill Vrebosch has pledged to give anyone who sustains serious or life-threatening injuries in the downtown core “free desserts and pizza.”

The promise follows a literal attempted murder on Wyld St. in North Bay.

“Not even a 6-inch knife in the guts can’t be fixed right up with a delicious donut!” smiles a serene Vrebosch.

North Bay’s downtown core has long been maligned, with businesses and citizens alike having to deal with verbal and physical assault, vandalism, destruction of property, and robbery.

“I say don’t worry about it, because I sure don’t,” continues Vrebosch. “Instead, why not grab a slice from Pizza Pizza?”

“Just make sure you do it during the day though.”

Vrebosch’s vow was met with mixed reactions from those using their keyboards to set up things, with some calling for the City Councillor to give free food to past victims of North Bay’s downtown.

“Oh good heaven’s, no,” replied Vrebosch. “I can’t afford that!”

“Listen, we’re still not as bad as Toronto and even if we are I’m just going to keep saying that because it’s a false equivalency made even more preposterous when one takes into account population density, demographics, and – most importantly – our barefaced lack of mental health care in the city.”

“But please, keep supporting your Main St. businesses because God knows we’re not going to in any real way.”

“But to make up for that, I personally promise to send at least one extra greasy wheel from 241 Pizza to the funeral of the next person who dies on Main St.”