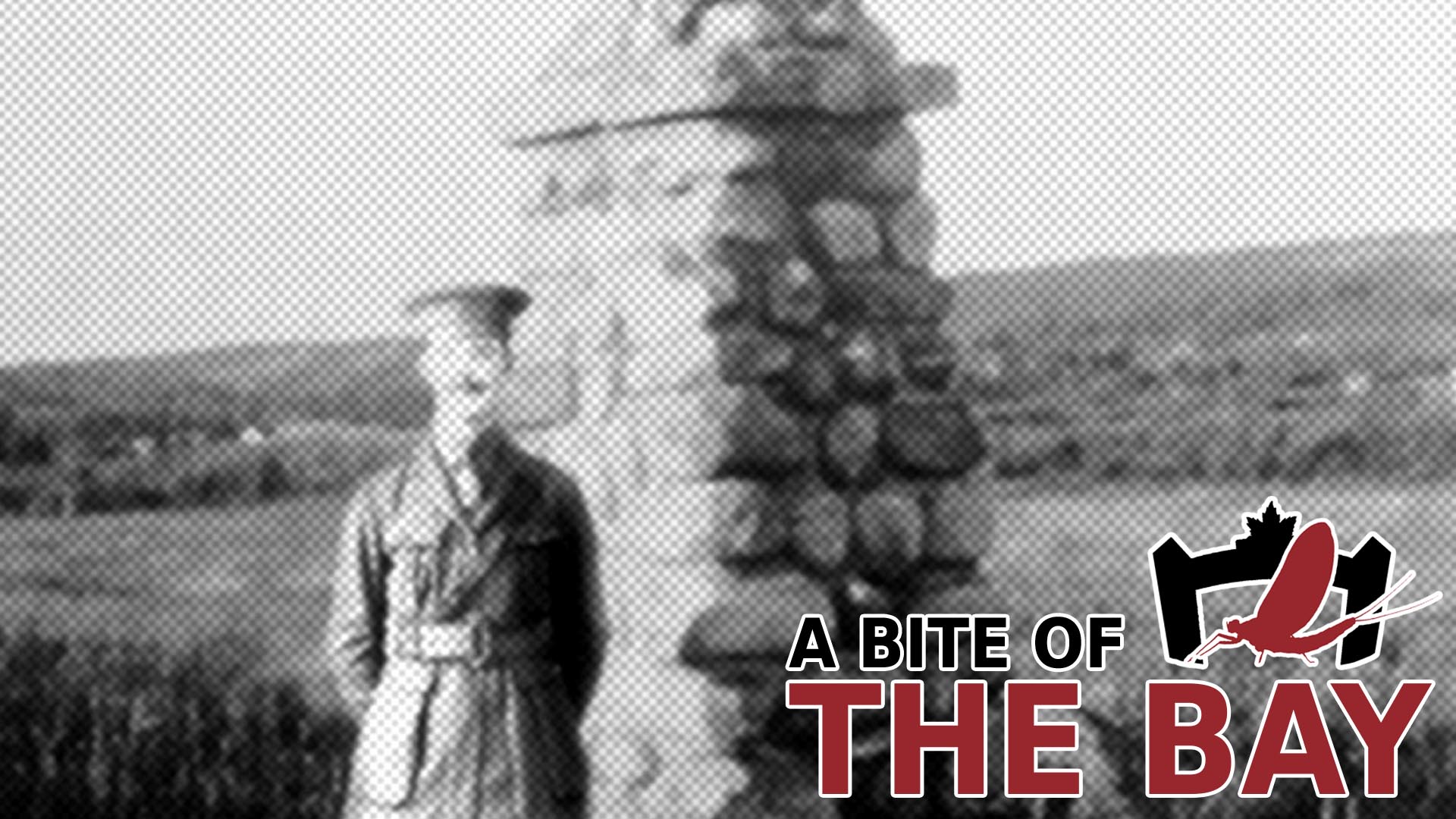 NORTH BAY — Nestled away in the surrounding trees and bushes are mysterious stone monuments.  These are what North Bayites have been referring to as the Stone Cairns, or at least those who are aware of them. We will look into the mystery and the history surrounding these 4 foot wide, 8 foot markers that remind us of the world that we call the past.

“Back in 1910 tensions between the North and South were building,” explains Reg MacDonald. McDonald is a self-proclaimed “New Ontario Historian” and son of George MacDonald, Major General of the New Ontario Army.

“Well, I say the North and the South, but it was really just the Campbell boys, who would come up from down south and start to cause some trouble with some of the boys from the Widdifield Township.  And by down south, I mean a couple of kilometres down the road, from the West Ferris Township.  But back then, it felt further.”

The Campbell boys would come to North Bay to drink at the town’s bars and would always cause drama with George and his friends.  The Campbells would get drunk, fight, get run out of town and exchange dead squirrels in each others water wells; it’s a cycle that continued for 10 years.

That is of course, until it boiled over.

“Over a weekend in 1920 George MacDonald gathered the finest men he could and formed New Ontario (which was all of Northern Ontario) to fight against the invading force of the south.” said ‘Dirt Road’ Dirk Wilder, author of the unpublished book War of 1920: The Forgotten War

“On Tuesday June 22nd New Ontario officially declared war.  They would have declared war on the 21st, but George didn’t ‘like the look of them there clouds.’”

The local government didn’t recognize the authority of the New Ontario Army.  MacDonald figured he could win the war, and then they would have to pay attention to his rising power as the new King of New Ontario.

The Hounds of War

John Campbell of the south responded with their own army and declaration of war.  Words were exchanged, more squirrels were put into water wells, but finally a date was set: swords would cross on June 28th in an empty field located near the famous “Gateway to the North” – the literal symbol that divides New and South.

“The war was hard fought.  The war was vicious.  The war changed my dad.  I was born after the guns fell silent, but I could see how my dad still heard them ringing out,” Reg MacDonald recalls.

The battle consisted of around 11 guys with guns standing across the field from each other, heckling each other, all too scared to take the first shot.  This lasted for 3 days.  Eventually soldiers started to leave.  It all came down to Major General George MacDonald standing off against John Campbell.

“Eventually, on July 1st, George MacDonald fired off a shot to scare Campbell.  That’s when the police split them up and sent them home.  Both saw this as a victory for their own sides.  Both had a celebratory BBQ in their own townships,” recalls ‘Dirt Road’ Dirk.

The war of 1920 only had 2 fatalities.  Both of dysentery, but some could argue that it was from living in poverty, not from the war, but the number has stuck ever since.

Both sides started building monuments to their side’s victory: the Stone Cairns. They were scattered all throughout the area.

“They built one at the Gateway and it’s hilarious.  Since they BOTH contracted the exact same company to make them, BOTH thought all of the Stone Cairn were theirs.”

All Fail The King

In New Ontario, George MacDonald then declared himself King of the New Ontario, but only few recognized his authority, none of which were the city, police or government officials.

“My dad’s authority was just ignored,” wails Red MacDonald. “He WON the war of 1920!  He won the North their freedom.  He IS King George the First of The New Ontario.  I should be the ruling King right now.  This is an injustice that North Bay Mayors refuse to correct!”

There are still some New Ontario purists out there, including Andy Green, owner of the New Ontario Brewery, who still honours the house of MacDonald by delivering him free beer every year on July 1st, the “day the New was won.”

“While the Cairns have been relocated, destroyed, and misplaced, thier history is significant.  It tells the story of how people met in a field to shout at each other for a while,” explains ‘Dirt Road’ Dirk.  “The story is peak North Bay.”

If you are out and about and you come across any of these cairns, stop and remember the war of 1920 – the war that didn’t shape this city.