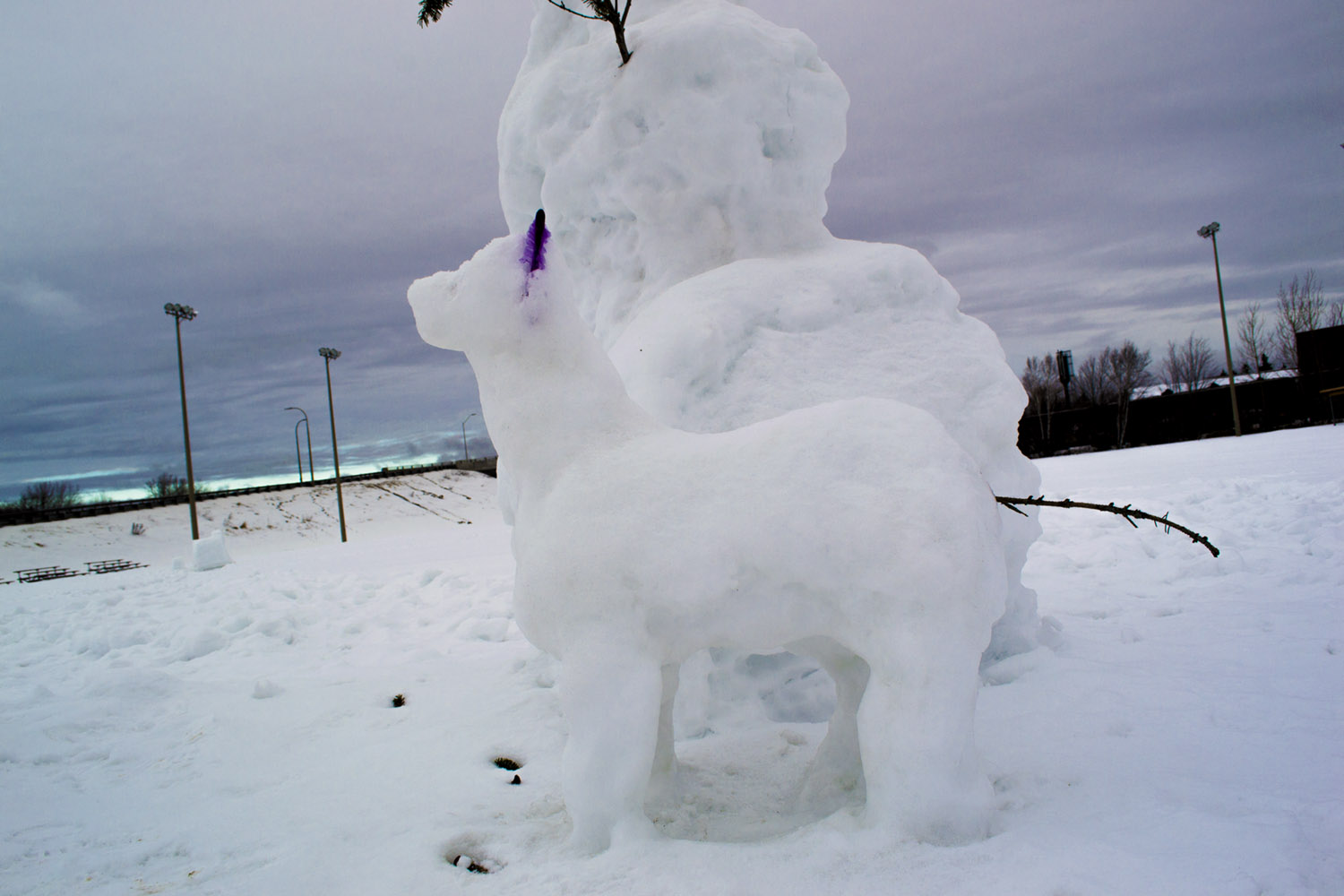 NORTH BAY — The “snow dog” in the soccer field outside of the ONR is officially the cutest thing in North Bay.

“I was driving over the overpass and happened to look over and there it was,” says regular everyday North Bayite Anne McPhee. “A snowman, and next to it the most adorable little snow dog!”

“I told everyone I know about it, and we all agreed that that little snowy stray is just precious. Whoever made it should be proud.”

Word of the frosty Fido quickly spread and a specialist from the North Bay Regional Health Centre was hired to perform a radiometric dating at the expense of the city.

“I can confirm that this refrigerated Rover is about three or four days old,” declares the specialist. “It was most likely built on the weekend by some tiny, loving hands.”

Early Tuesday morning, Mayor Al McDonald confirmed that the permafrost pup was, indeed, the cutest thing in all the city.

McDonald wipes a tear from his eye.

“Bless whatever tiny Michelangelo made him. That crystalline canine is just the thing we needed to get us through another day.” 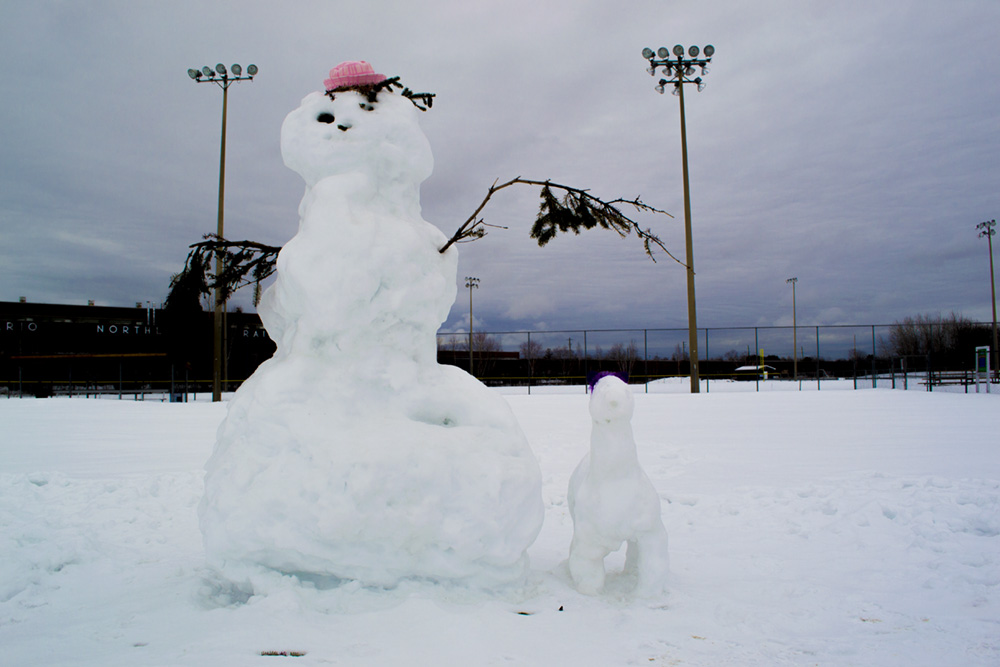 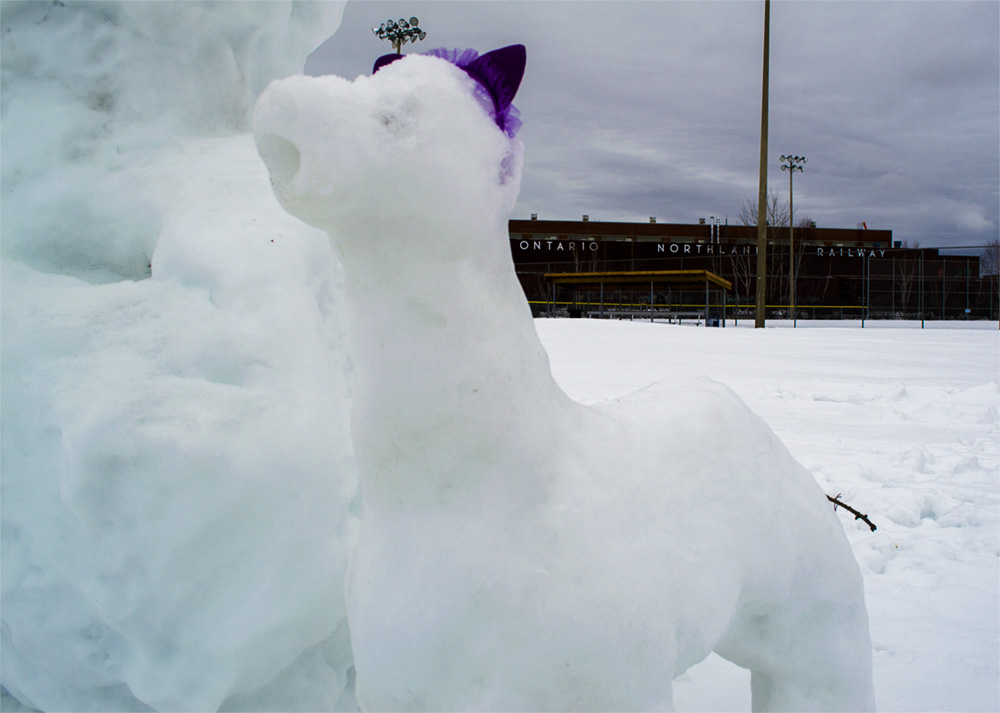 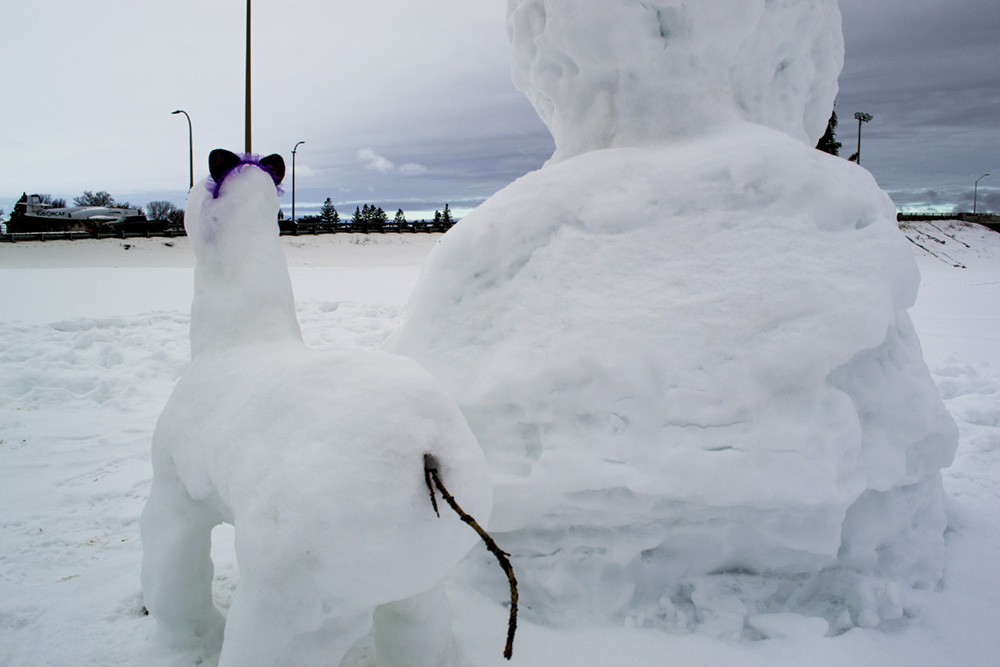