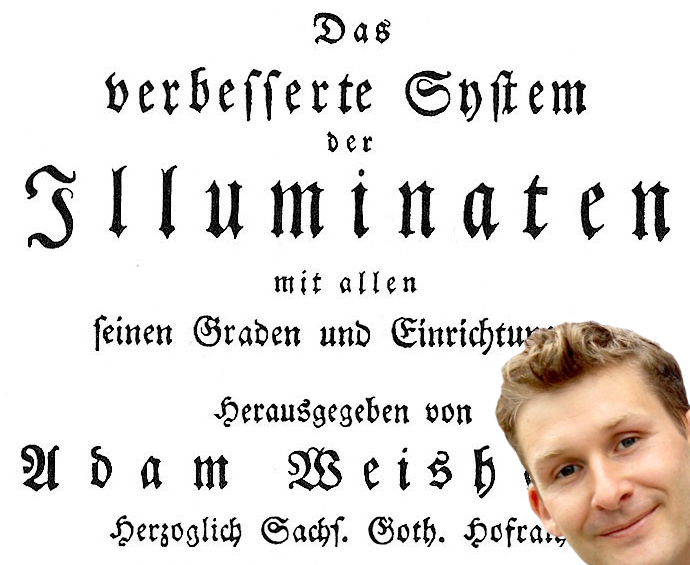 NORTH BAY — Scott Robertson, the City Councillor who recently brought forward a motion to declare a “climate emergency,” has been uncovered as a secret Illuminati member, possible lizardman, and a kicker of puppies.

“I’m shocked,” says friend Stuart Ross. “I’ve known Scott for years, and never once did I suspect that he was a member of a secretive globalist masonic sect attempting to rule everyone using an authoritarian world government.”

“But him bringing forward this ‘climate emergency’ motion opened my eyes.”

The motion would have seen North Bay join 500 other municipalities in putting the world’s climate first when creating and implementing policies.

“Fortunately, we gutted that real fast,” says fellow Councillor Vic Tikus. “Climate change is fake news. We’re not experiencing horrible wildfires or catastrophic flooding. And even if we were, everybody knows we’ve been having wildfires and flooding since forever. It’s nothing new.”

“Anyways, I’ll see you in two weeks when I bring forward a motion to cut Police Services funding by 80% because people have been fighting, stealing, and murdering for thousands of years and I honestly don’t think we should be trying to prevent it.”

Robertson’s honest attempt at making North Bay more environmentally-conscious has revealed him to be “nothing short of a crazed, misguided, and psychopathic far-left dictator,” says all of North Bay.

“I thought I was the reigning Evil Lord of North Bay, but Scott really takes the cake,” says Bloodgood. “Trying to raise awareness about climate change? How evil can you get?!“

Shortly after Robertson’s motion was voted down, citizens began to step forward to reveal the deep, moral depravity of the City Councillor.

“I saw him kick a puppy once,” says Sarah Martel. “Or, at least I was pretty sure it was a puppy. It could’ve been a football, but I’m, like 80% sure it was a cute, defenseless puppy.”

“He’s definitely a lizardman,” says Jim Tuppner. “I’ve never seen Scott Robertson in a T-shirt, have you? Of course not! Because then you’d see all the lines on his human skin suit and his secret would be out.”

“Really, I don’t know that much about Scott,” says Donna Linville. “But him bringing forward this Climate Crisis thing made me think that I might get taxed more and so I had a quick emotional reaction and instantly began to belittle and discredit him.”

“I also decided to deny climate change and pick less-than-credible sources because they fit my world view. If anyone thinks differently than me I call them ‘sheep,’ bash them, and take comfort in a feeling of superiority which stems from the ‘fact’ that I ‘know’ something few others do, including highly trained scientists who all adhere to the same universal ‘scientific method’ which has brought nearly all of the greatest technological and medical advances of the last 200 years.”

“But anyways, yeah – Scott Robertson is definitely an Illuminati reptile-man who swallows souls.”