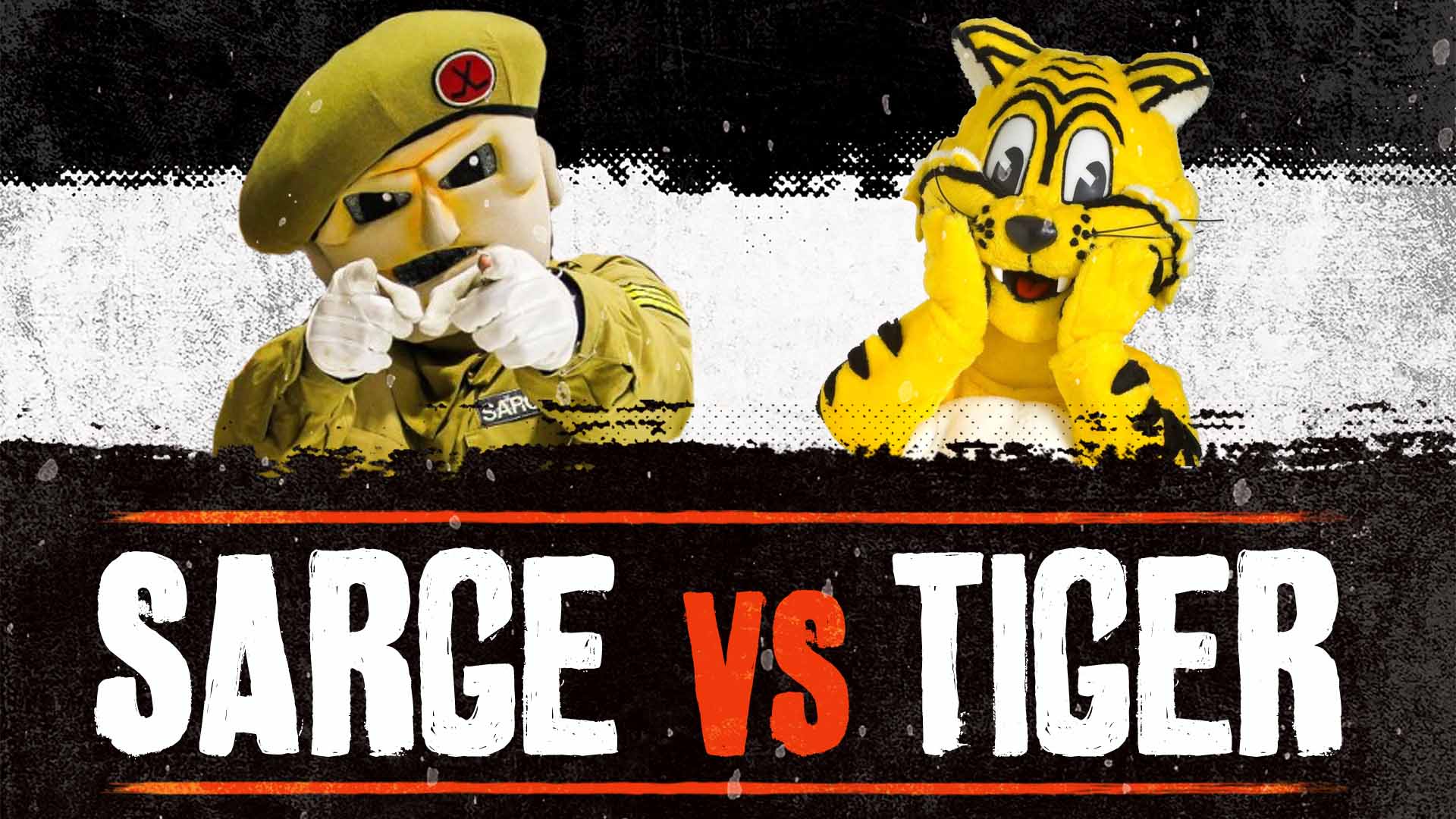 NORTH BAY – Perhaps enraged after the playoff defeat of The North Bay Battalion, Sarge has directly challenged the Giant Tiger mascot “Friendly” to a deathmatch.

Battalion public relations officer Jeff Hookram was unable to explain Sarge’s challenge, which was issued with a grainy cellphone video filmed in an alley near Memorial Gardens.

Hookram could not explain the aim of Sarge’s challenge either.

“I could maybe understand Sarge challenging The Hamilton Bulldog, but a tiger is pretty far from a bulldog,” frowns Hookram. “Sarge has taken a lot of pucks to the head though.”

Betty Vaughan, head of PR at Giant Tiger, said Friendly would not only accept the invitation, but would “disembowel Sarge.”

“Friendly will tear Sarge to pieces,” scoffs Vaughan. “I mean, look at him – Sarge looks like the guy in Robocop that gets splashed with radioactive waste.”

Current odds are –500 for Friendly and +300 for Sarge at Cascades Casino.