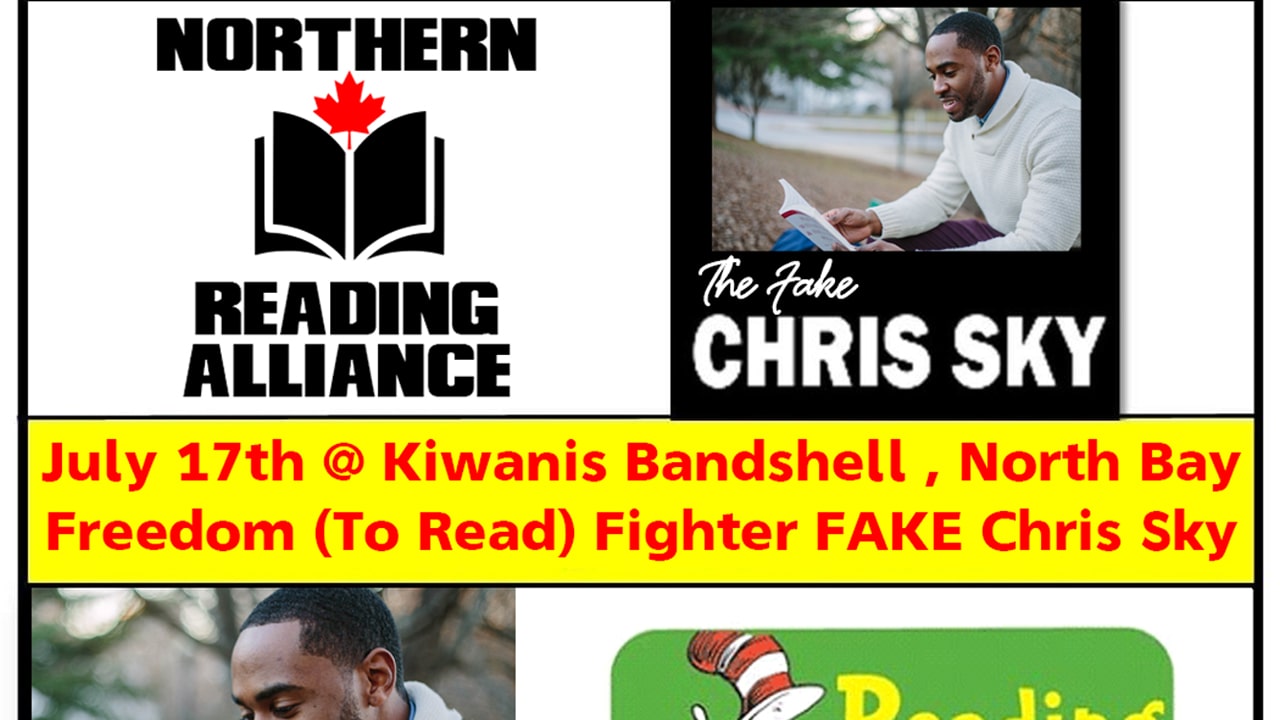 NORTH BAY — Tension was in the air as the Fake Chris Sky took the stage at the Kiwani Bandshell on Sunday afternoon.

But the tension quickly broke as a polite, well-mannered FAKE Chris Sky began by thanking everyone for being a part of his Freedom (To Read) Rally.

“Reading is important for everyone,” beamed Fake Sky as he pulled up a stool. “And to start things off I’d like to read to you ‘I’ll Love You Forever’ by Robert Munsch.”

The Freedom (To Read) Rally was a peaceful, easy-going affair.

A few might have been disappointed to not have seen the REAL Chris Sky, but they conceded that the FAKE Chris Sky might be better because he hadn’t threaten to murder anyone.

It also helped that the FAKE Chris Sky didn’t appear to be living off a mix of Bud Light, anabolic steroids, and his daddy’s money.

The Freedom (To Read) Rally went on for just over an hour and half. Children and adults alike worked together to make stickers, create their own superheroes, and of course – read some books.

“I do have books for sale, but there’s no pressure at all to buy one,” Fake Sky told the peaceful audience. “All proceeds will go to The North Bay Library to help others read.”

FAKE Chris Sky then thanked everyone again before getting into a sensible and economic Hyundai Accent and driving off at a normal speed.

The music coming out of the windows was “September” by Earth, Wind and Fire. The smiling crowd waved goodbye.