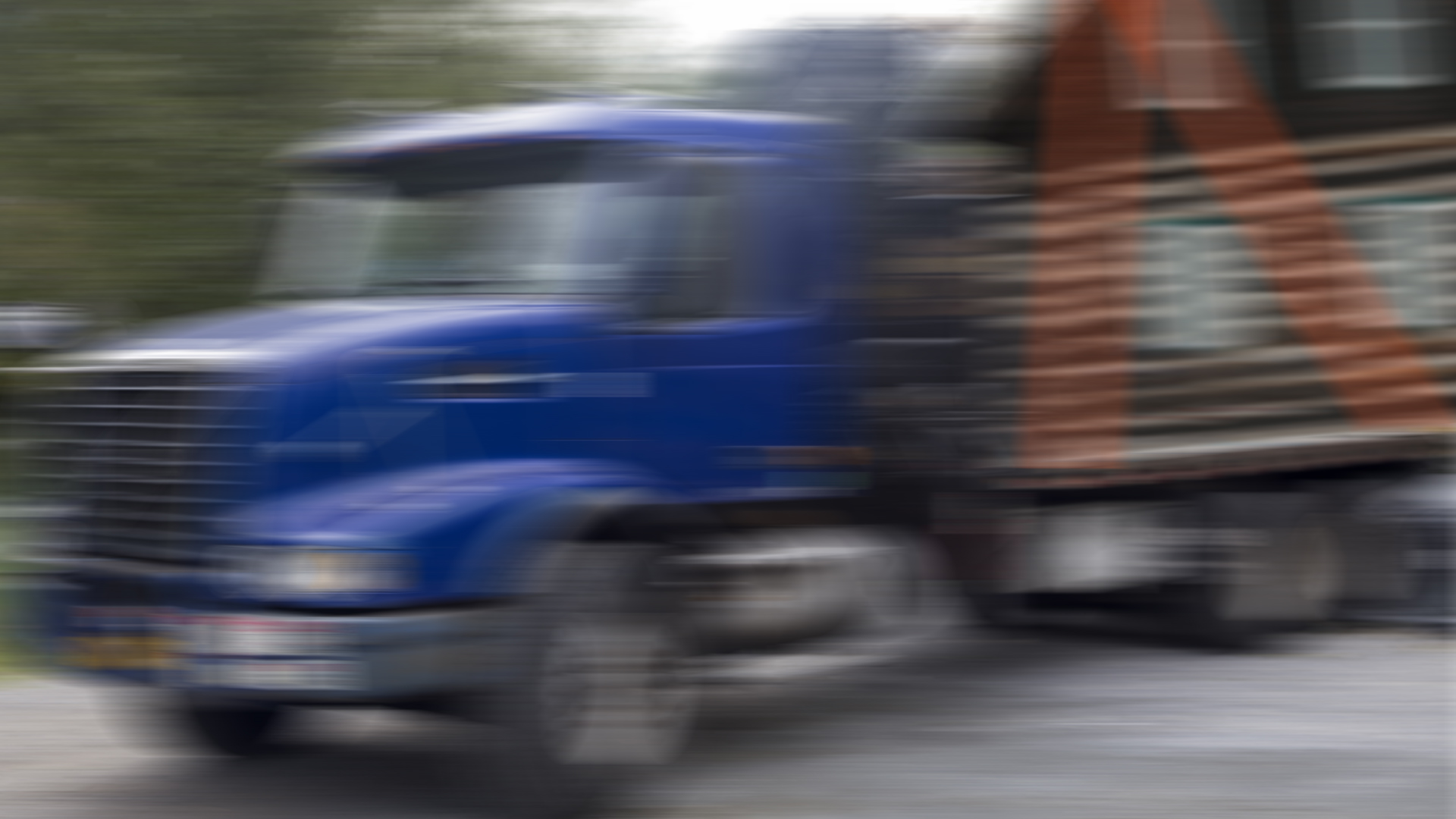 NORTH BAY — The Dionne Quints Museum has been kidnapped.

The museum was relocated near the waterfront in 2017, but is now loaded on a blue International flatbed truck and is headed west.

“Sometime between last night and this morning the Quints Museum was carefully placed on an oversized flatbed,” says O.P.P. officer Bruce Brennan. “Early this morning it was spotted near Thunder Bay, where we were given a tip about its location.”

“We couldn’t stop the truck because we didn’t want to harm the museum on the back, so we kept pace.”

“But then things got a little crazy.”

Brennan is referring to the actions of officer Errol Thornton, who heroically leapt onto the flatbed in an attempt to slow it down.

Once on the vehicle Thornton tried to shoot out the flatbed’s tires, but instead fell into the truck’s wheels.

Police were successful in laying down a spike strip, which took out the flatbed’s tires.

“But then things got really crazy,” says Brennan.

While police were arresting the driver of the flatbed truck, another even bigger flatbed truck arrived and loaded the museum up.

Another chase ensued, but police were forced to give up as the truck passed Kenora and entered Manitoba. Attempts to reach a police force in Manitoba were unsuccessful.

“As far as I know, the flatbed is still going. They’re very likely into Alberta now, and from there…?”

“All I know is they’ve stolen a priceless piece of history that almost a dozen people in North Bay will miss.”