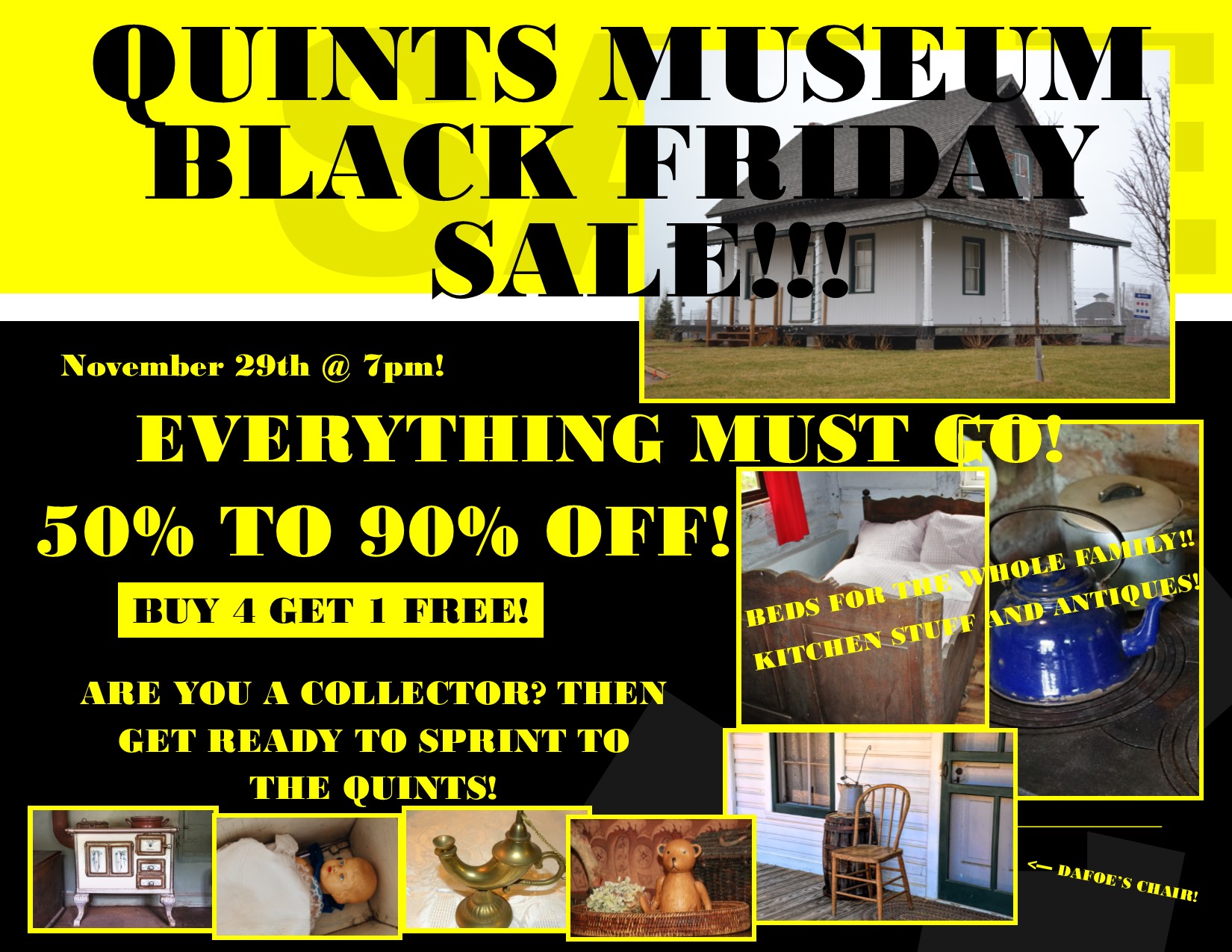 NORTH BAY — All remaining Quintuplets furniture, keepsakes, clothing, and memorabilia are all at least 50% off, with some items going as low as 90%!

If you’ve ever been interested in “owning a part of history,” says Museum Curator Patty Barber, “Friday is your chance.”

“We have dozens of items up for sale,” explains Barber. “Paintings, cabinets, beds, baskets, strollers, trunks, postcards and even some rare signed memorabilia.”

“Basically, if it’s in the Museum, then it’s up for grabs – and the best part of all is there are almost always five of each, so buyers can take one or an entire set.”

Purchased can be made with cash or debit. Collectors are encouraged to come early to get the pieces they want.

“There are five antique strollers that I think people will be very interested in,” says Barber. “As well as a miniature pot-bellied stove that is just adorable.”

Barber expects there will be some backlash from those who see selling the Quint’s former belongings as “wrong.”

“The bottom line is everyone is very proud of The Quints Museum when they actually remember The Quints Museum,” explains Barber. “But few do. I’m sure people will be up in arms about us selling parts of ‘North Bay’s history.’ They’ll say we’re ‘disrespecting the Quintuplets,’ etc., but no one seems to care about the Quints or The Quints Museum unless something is happening that they don’t like. Otherwise, North Bay is very happy to just forget all about them.”

“At least this way, some happy buyers will have a part of history in their home. I’d be willing to bet these ‘historical artifacts’ will be better loved in a North Bay home than they will in an otherwise empty house that has been unceremoniously dumped between a retirement home and a splash pad.”

“Sorry if that was too real for all of you.”

The Quints Museum will be just one of several locations that will be having a Black Friday Sale in North Bay tomorrow. Also joining the Quints will be Fanny’s, which will offering “previously enjoyed” women’s lingerie and The North Bay Regional Health Centre which will be auctioning off surplus human gallbladders for medicinal purposes.

Additionally, The North Bay Mall would like to remind the city that it still exists, and that all five of its stores will be open until 9 pm.

1 thought on “The Quintuplet Museum is Having a Black Friday Blowout Sale!”