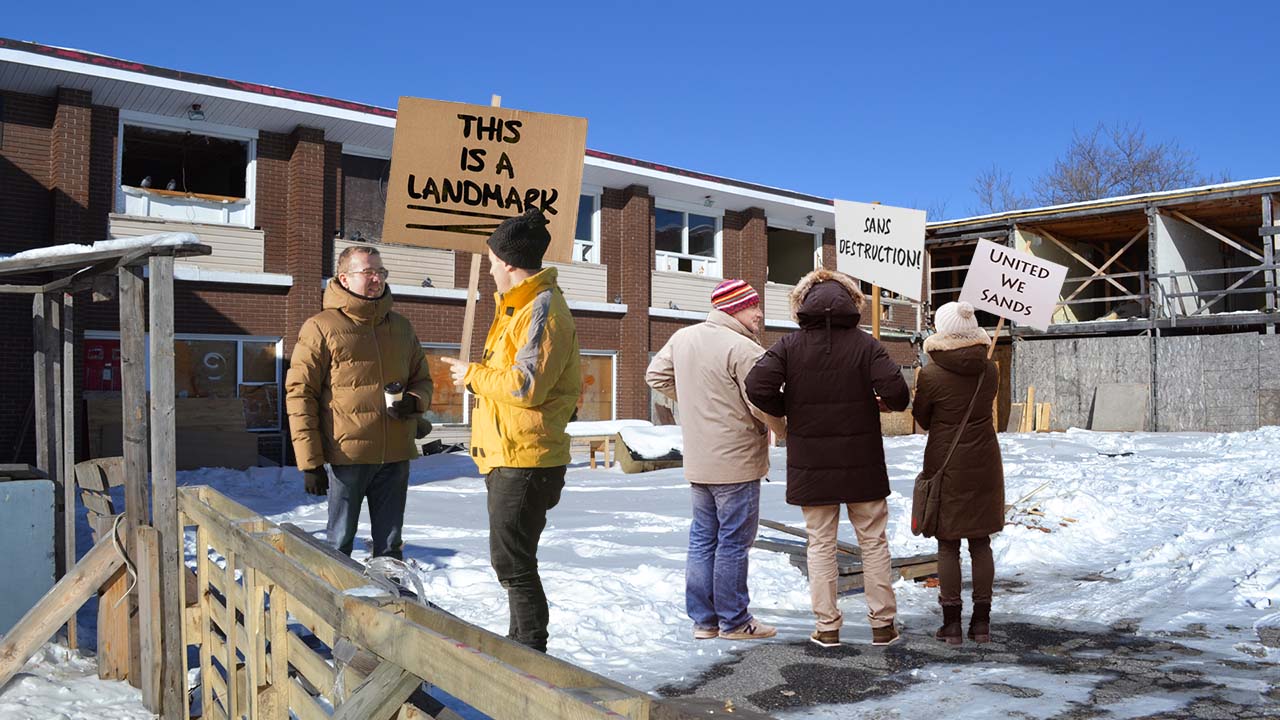 Yesterday’s announcement of the impending demolition of The Sands Motel had local Mitch Joiner fuming.

“It’s outrageous,” spits an incensed Joiner. “The Sands Motel is a part of this city. It’s a local landmark and it deserves to stay.”

North Bay is now open to bids on the demolition of the motel, which has sat vacant for almost 10 years.

“Nobody asked us, the taxpayers, what we wanted,” grumbles Joiner, “and isn’t that just North Bay typical?”

Joiner, along with a small group of like-minded individuals, staged a small protest outside the decaying building Monday afternoon.

Lifetime North Bayite Marci Taube believes that not only is The Sands a “monument to the city’s glorious yesteryear,” she also says it now serves a new and better purpose.

“It’s home to so many pigeons,” declares Taube. “Where will they live when The Sands is gone? Has anyone thought about that?”

“We don’t know what’s in The Sands,” says Brant. “I think the city should commission a study to see before they tear it down.”

“For all we know there could be hundreds of hibernating Blanding’s turtles in there.”