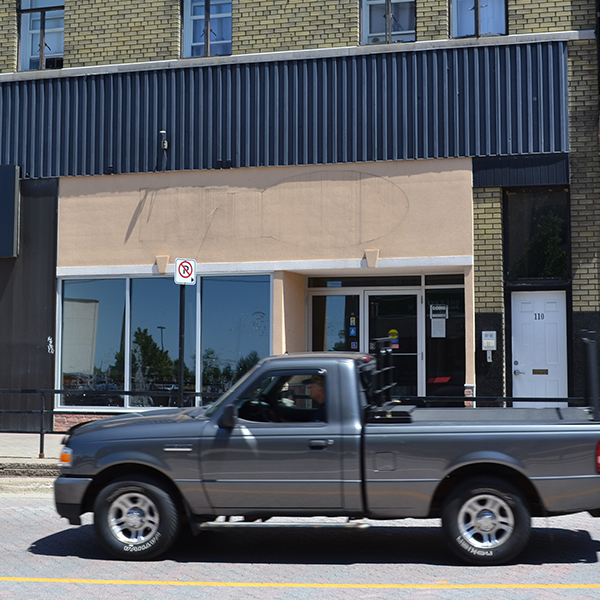 NORTH BAY — The downtown core just got a little deeper.

Pita Pit, the Canadian chain restaurant, is set to be demolished early next week as the City makes room for a gigantic, nearly bottomless pit.

“It’s a shame to see it go,” says City Planner Gord Curwen about Pita Pit. “I really enjoyed their chicken shawarma. But the city needs a gaping abyss, and this here is the site.”

Pita Pit, which sat between H & R Block and Northland Fur Studio, closed June 15th. Since its closure, the City has purchased the Main St. property.

Once demolished, North Bay City crews will work “24 hours a day” for three weeks to dig a nearly 30 foot round crater on the Pita Pit’s former location.

But the City isn’t looking for buried gold or to strike oil. In fact, following its completion, the cavernous pit will be left completely open to the public.

“No safety rails or anything,” explains Loman. “No tape or warnings.”

“Just a gigantic, yawning chasm that leads to uncharted depths.”

Loman wouldn’t say why a 30 foot wide hellhole was being left open to the public on Main St., but he did say that some signage might appear in the next few weeks if the “desired outcome” hadn’t arrived.

“Yeah, I’d watch for signs that say things like ‘Free Wifi’ or ‘Scentsy Samples.’ Maybe one advertising a Vape Store down there. Who knows?”

“Anyways, praise Cthulu and have a nice day.”