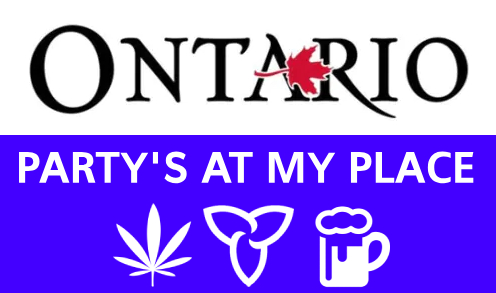 OTTAWA — Since being elected Premiere of Ontario, Doug Ford and his cabinet have been pumping out slogans like no one’s business. Slogans like “A Place to Grow” and “Open for Business” have been rolled out in the last few months, but now the Ontario Conservatives have one more slogan to share on social media 10 times a day: “Party’s at My Place”

“We need a slogan with some kick!” announced Ford Monday morning. “One that represents the Ontario that I am trying to forge for everyone. A slogan that is a message to the rest of the country, and that slogan is ‘Party’s at My Place.’”

Ford explains that he plans to use this new slogan for Ontario Tourism materials.

“It’s a message,” says Ford. “We got weed, we got cheap beer, we can party in the parking lot. It says: don’t worry, the adults aren’t running the show anymore!”

“And if you want something… more, don’t worry: I got connections.”

The head of the Anti-Slogan Abuse Council (ASAC) recently rallied against Doug Ford’s use of slogans.

“It’s nothing but slogans and catchphrases with this guy,” says ASAC head Isaac Donaldson. “‘A Place to Grow’ is clearly an invite for pot enthusiasts. ‘Open for Business’ is something teenage douchebags call a girl when they find out they are on the pill, and don’t even get me started on ‘For the People.’”

“Look,” says Ford. “We don’t need boring stuff like health care funding, education funding, or green initiatives to create more viable energy sources decades into the future. We need cheap beers, sold at corner stores that we can drink in the parking lot!”