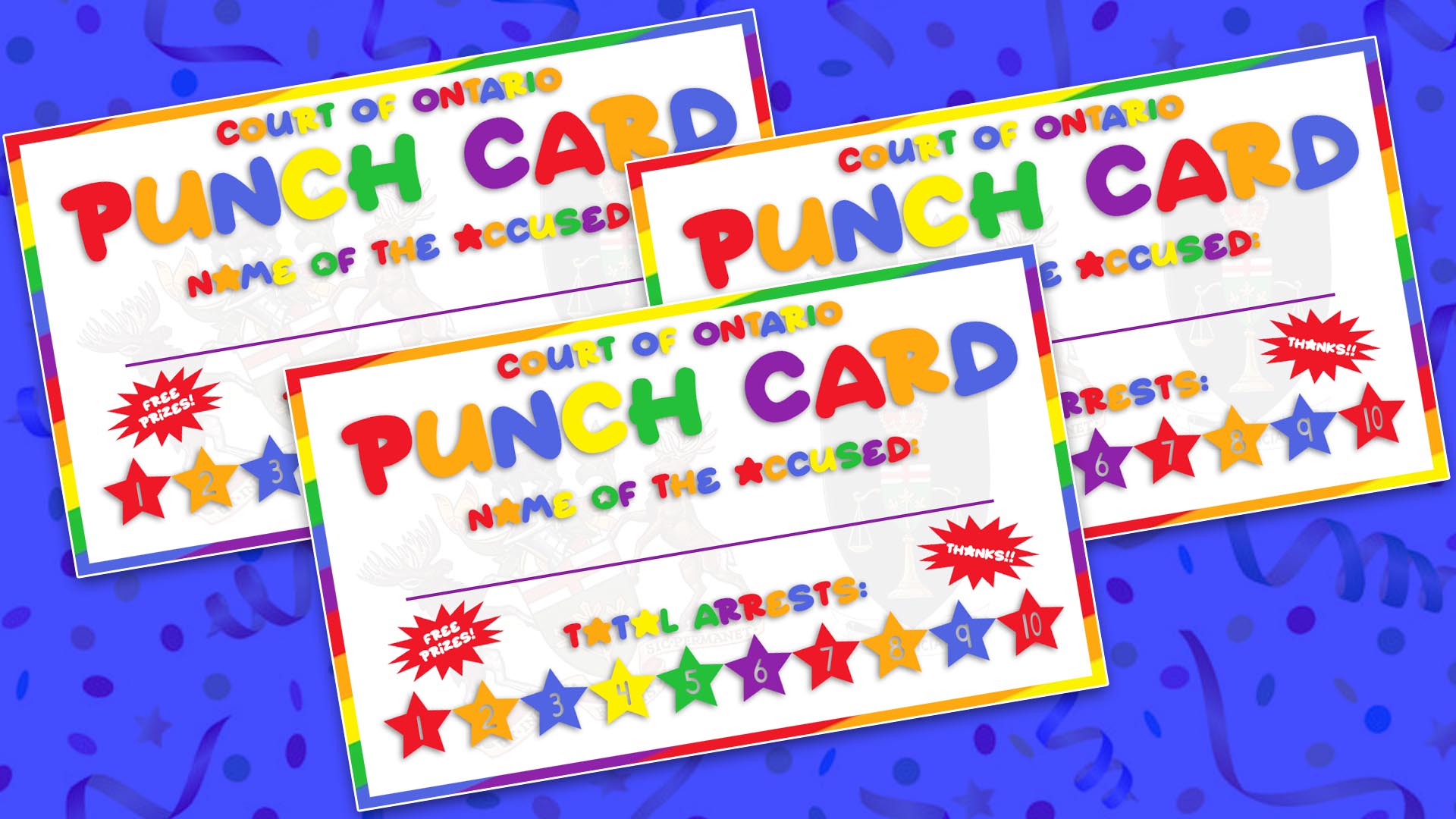 The Court of Ontario has approved the creation and distribution of a “Catch and Release Free Prize Punch Card” to each police officer in the province.

The card, which is punched every time an officer arrests a suspect who is then released on a promise to appear or is outright dismissed, gives police officers prizes for each subsequent “catch and release.”

“We discovered that morale was really down for the police officers who were constantly making the arrests only to see the accused walk,” explains Provincial Judge Robert Barlow. “So to help lift their spirits we invented the ‘Catch and Release Free Prize Punch Card.’”

The joint effort from the Superior Court of Justice and the Ontario Court of Justice will see that officers who make a second subsequent arrest are given a free DQ Brownie Batter Blizzard®.

The third arrest of a suspect who the courts won’t properly deal with snag the officer 2 movie tickets. The fourth, a toaster.

“I believe North Bay is offering 100 ‘Downtown Dollars’ or 500 Northcoins for the fifth arrest,” says Barlow. “Along with a subscription to Baytoday+ and a signed letter from Tanya Vrebosch reminding them to follow sound safety tips.”

The grand prize comes from the Court of Ontario and is for those who fill out the entire card. Officers who make ten “catch and release” arrests will have a prison cell named after them.

“We might actually have to rescind that one,” frowns Barlow, “because we’re running out of cells to name.”