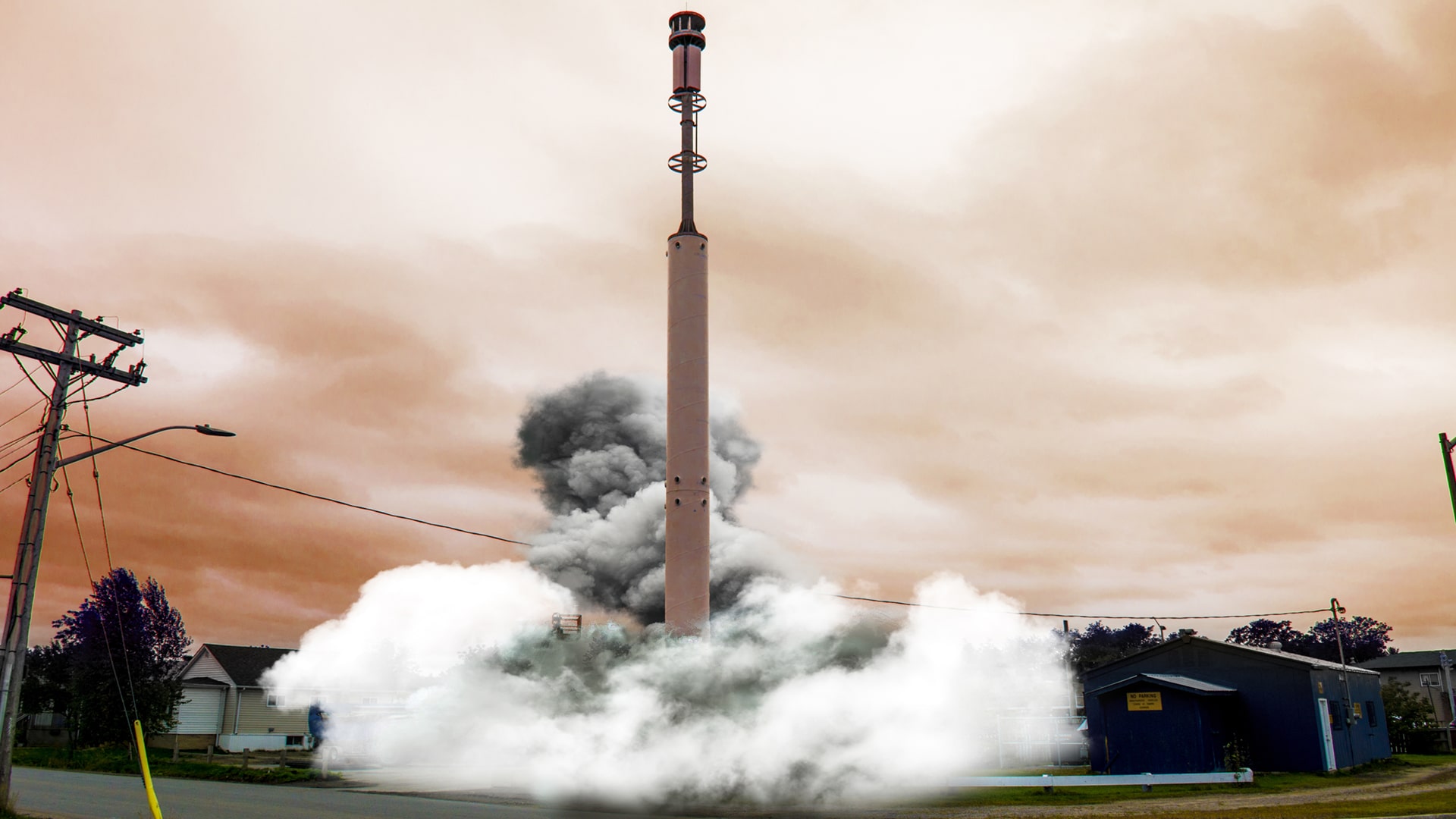 The 140 foot tall spacecraft, most of which sits below the King Cone on Lakeshore Drive, is “100% ready to go” explains City Councillor Marcus Tignanelli.

“Everyone always complains about Council not spending money wisely,” adds Tignanelli. “But to them I say – BEHOLD!”

“The fruits of $23 million in taxpayer dollars!”

“That’s because this bad boy is going to Mars” shouts a fevered Tignanelli.

The rocket, which has been named “King Cormorant,” is scheduled to take off “the next time someone at King Putt plays a perfect game.”

The spacecraft will carry three human passengers – including Councillor Tignanelli – as well as nearly 3000 live cormorants.

“We figure they’ll either thrive on Mars or die instantly,” explains Tignanelli. “If they don’t make it, then technically Mars killed them.”

So who will take up the other two spots?

“You will,” announces Tignanelli. “Well, not you, as in the reporter, but two very lucky North Bay Baes will be coming along.”

Those interested in joining Marcus for a 47 day flight to the red planet are encouraged to sign up here.

Tignanelli says there’s still some work to do on the ship, but he’s hopeful North Bay will have a Mars colony by Christmas.

“I keep trying to add a death laser, but Council won’t let me,” sulks Marcus. “I wanted it to look more like a Bomarc missile too but Al McDonald was worried that if there was any life on Mars it would kinda freak them out.”