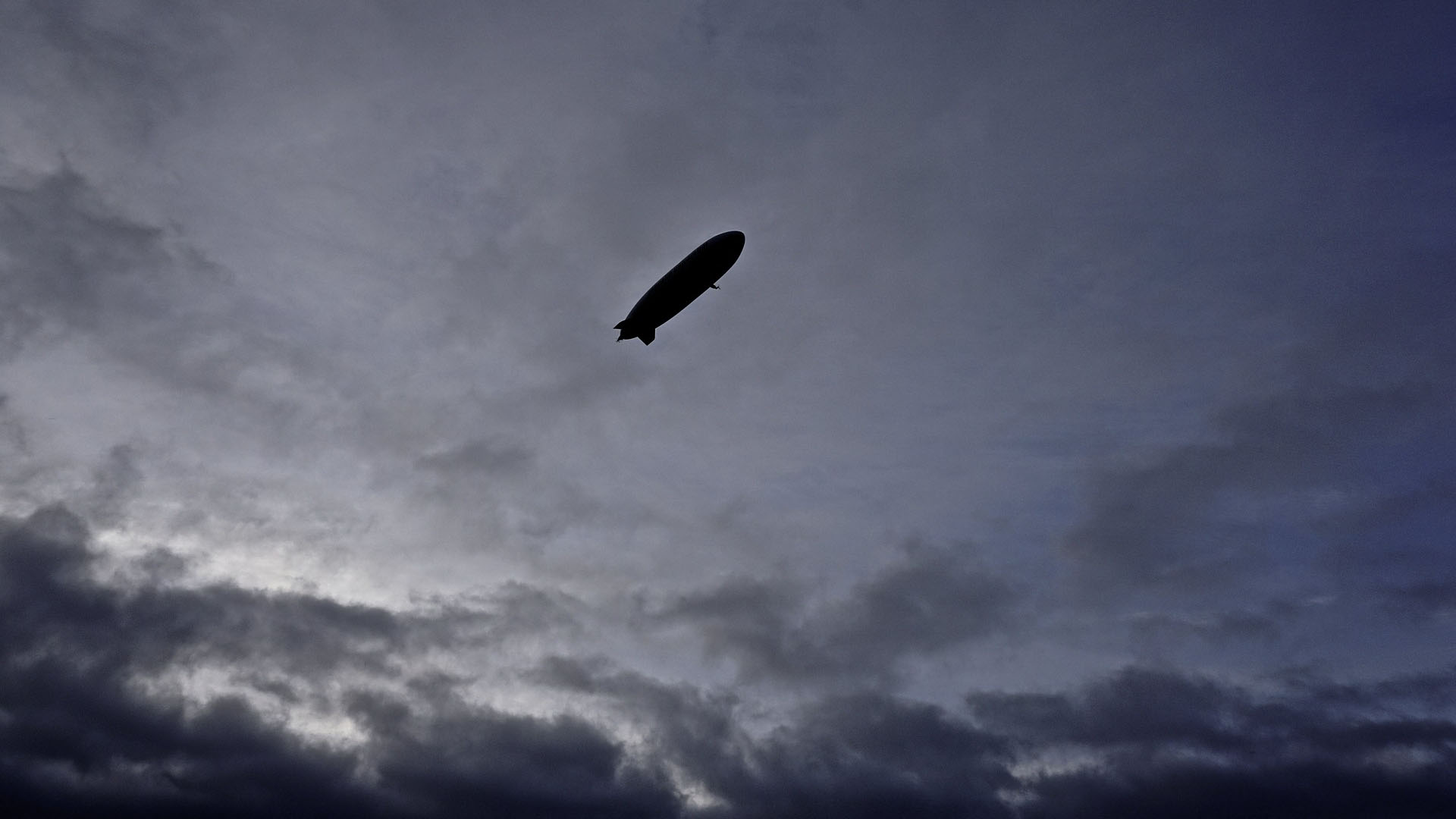 “It’s always a shock to see the first time,” says owner and operator Seth Blanchard. “Everyone thinks they know how big a zeppelin is – and then they see it.”

Blanchard has spent the last 3 years building North Bay’s “first and only” dirigible.

“It took a lot of trial and error, but it’s finally done,” smiles Blanchard. “Allow me to introduce – The Shad!”

“The Shad” measures nearly 60 feet across and 50 feet tall, weighs just over 1 tonne, and is powered by a single 4 stroke gasoline engine.

Blanchard proudly explains how everything in the zeppelin was locally sourced.

“The ship’s rigid framework is aluminium, which is made up of nearly 500 recycled bicycles. A couple of friends from Main St. helped secure all the parts I needed at a really reasonable price.”

“The cloth I picked up from garage sales and Fabricland.”

But where did Blanchard get the zeppelin’s most important element – helium?

“I got a lot of it when The Party Store closed. The rest came from people who donated their old birthday balloons.”

Blanchard says The Shad can carry a maximum of 12 passengers and will start operation by doing sightseeing tours of North Bay, Corbeil, Callander, and eventually Restoule.

“Right now The Shad has a top speed of 56 km/hr, so the touring locations have to be close to its launching site in Redbridge,” explains Blanchard. “But if the passengers are skinny and the wind is right, it can make it all the way to Astorville and back.”

Is the airship safe?

“Technically there’s been zero zeppelin accidents since a minor scrape back in 1937. We hear about plane crashes every year – but when was the last time you heard about a zeppelin accident?”

A New Age of Airships

Those looking to board The Shad won’t have to wait long.

“I’m just waiting on clearance to fly,” says Blanchard, “I’m sure it’s in the mail.”

Blanchard has “high hopes” that The Shad is just the beginning.

“With some success, I’m confident that North Bay will soon have an entire fleet of zeppelins. We won’t need Air Canada or Bearskin – everyone will be able to hop on a mostly tested helium or hydrogen lifted airship and head straight for Toronto.”

“Soon, everyone in North Bay could choose an Airship over and Airplane,” gushes Blanchard. “A Dirigible over a Driver – you’ll be able to Zep Up and Blimp – Your – Ride!”