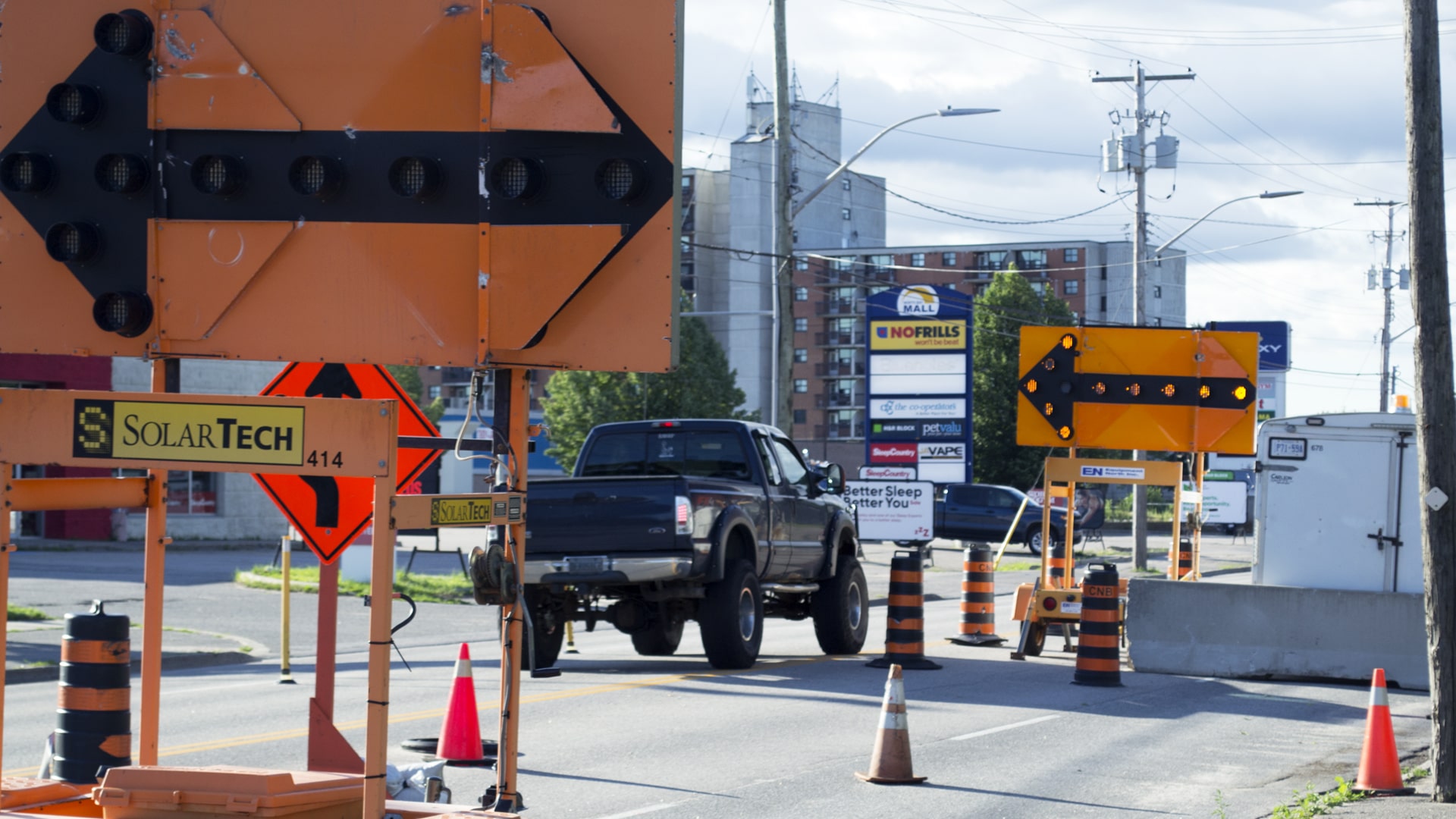 As construction continues throughout North Bay, drivers are once again being reminded that a zipper merge is the fastest and safest way for two lanes of vehicles to join into one.

But a recent poll suggests that nearly 90% of the city is totally unaware of the zipper merge.

“Is that what happens when you get your hoodie string stuck?” asks Cara Ridge, a veteran North Bay driver. “Man, I just hate that.”

The “zipper merge” is a driving strategy in which, when two lanes turn into one, vehicles using the closing lane do so until it begins to merge. At this point, a vehicle allows the merging car access to the single lane.

“Never heard of them,” says North Bayite David Smedley. “Are they some sort of band? It bet I’d hate them – but not nearly as much as I hate letting another vehicle get in front of mine.”

Smedley is just one of some 20 000 North Bayites who, when behind the wheel, transform into misguided vehicular vigilantes hell-bent on punishing others for attempting to merge like the vehicle being piloted once had hands and shot two Gotham City socialites in an alleyway.

But sociologist and part-time driving instructor Fraser Pratt says North Bay’s problem might have more to do with collective ignorance that misguided fury.

“The sad fact is, a lot of people in North Bay just don’t know what a zipper is,” explains Pratt. “North Bayites are very much a track pant and sweatshirt kind of people, so most have limited experience with zippers.”

“I know that doesn’t explain why no cab in town can perform a full stop, but one thing at a time, ok?”