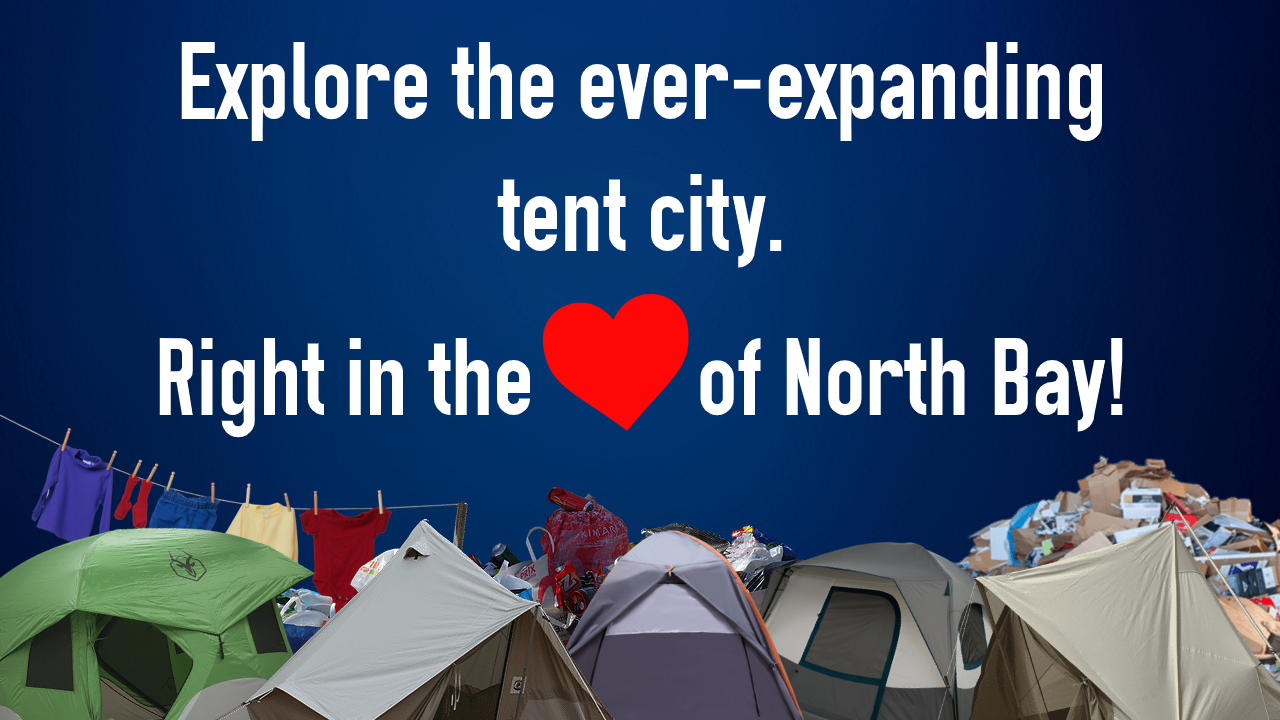 NORTH BAY — A recent meeting has City Council moving forward with a new method for promoting tourism as the city’s most viable source of economic growth.

“All the tools are right in front of us,” stated Councillor Vic Tikus at the meeting. “We tell it like it is. It’s not just the American way anymore – it’s now the North Bay way!”

“Honest Vic” Tikus says he has been working this new “honesty approach” for the past week with fellow Councillor Marcus Tignanelli.  Together, they have concluded that “unabashed, spit in your face” honesty about the state of North Bay is the only sure fire way to bring people to the city to “drop massive wads of cash.”

“It will be out of pity, if nothing else,” Tignanelli remarked.  “When they see how poorly the city has dealt with mental health, drug addiction, and expanding any kind of infrastructure, they will no doubt shed as many bills in the city as they will tears.”

The “Honesty Campaign” will highlight North Bay’s most noticeable and conspicuous aspects. According to Tikus, some of the upcoming billboards and online banners will read as such:

“Explore the ever-expanding tent city – Right in the Heart of North Bay!”

“Walk cautiously through our many needle-infested beaches!”

“Be misdiagnosed by one of our overworked and underpaid health care specialists TODAY.  Free of charge! (must be a North Bay citizen to have done free of charge)”

Some local residents are optimistic about this new power play.

“It’s great to see City Council finally becoming self-aware!” says North Bay native Chris Borgson. “And I thought all of these scary and dangerous things only had negative connotations!  Hard to believe we could bring some people here because of it.”

Other residents are a little wary.

“You know, if they simply contributed more funding toward health care, education, and properly treating those with mental health and addiction issues, we could probably turn everything around,” noted local political advocate Josh Valiance. “But I suppose there is some merit in ‘owning it,’ as it were.”

“What do I know though? I’m just a PoliSci graduate with a minor in psychology, not a highly trained City Councillor.”

“Another very important aspect of North Bay is its broken promises!” explains Tikus. “We will definitely be putting billboards up advertising the new Casino in 2020. When people come to see it, though, we won’t even have started building the Casino, and it will be over budget!”

“What a marvel that will be!”