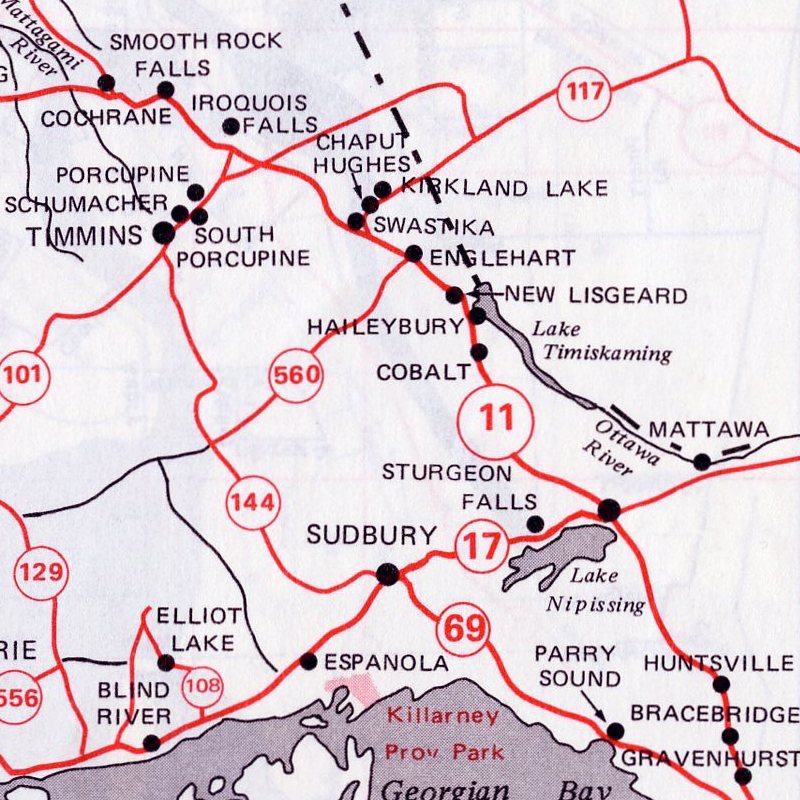 NORTH BAY — A new map being printed by the Ministry of Ontario Maps has left the North Bay area blank.

“I’m flabbergasted,” says City Councillor Grey Terrence. “My wife bought the map earlier in the week to plan a trip, but when we went looking for North Bay is wasn’t there!”

The map, which shows the major highways of Ontario, Quebec and parts of New York, was printed by the Ministry of Ontario Maps (MOM) in early March.

“I just don’t know what to make of it,” says Terrence. “I’m upset, for sure. Why would the Ministry leave us off the map?”

The NOP release also called for “the return of the Northlander, for the province to be split between Northern and Southern Ontario, and for Murdoch Mysteries to get at least three more seasons.”

Meanwhile, Councillor Terrence is having to plan his trip using online maps.

“I don’t know how any of this works,” says an exasperated Terrence. “It keep trying to make me go down toll roads and I don’t want to. And when I try to print it it makes a map that cuts off the directions.”

“I guess our trip down south is cancelled. Thanks a lot, MOM.”