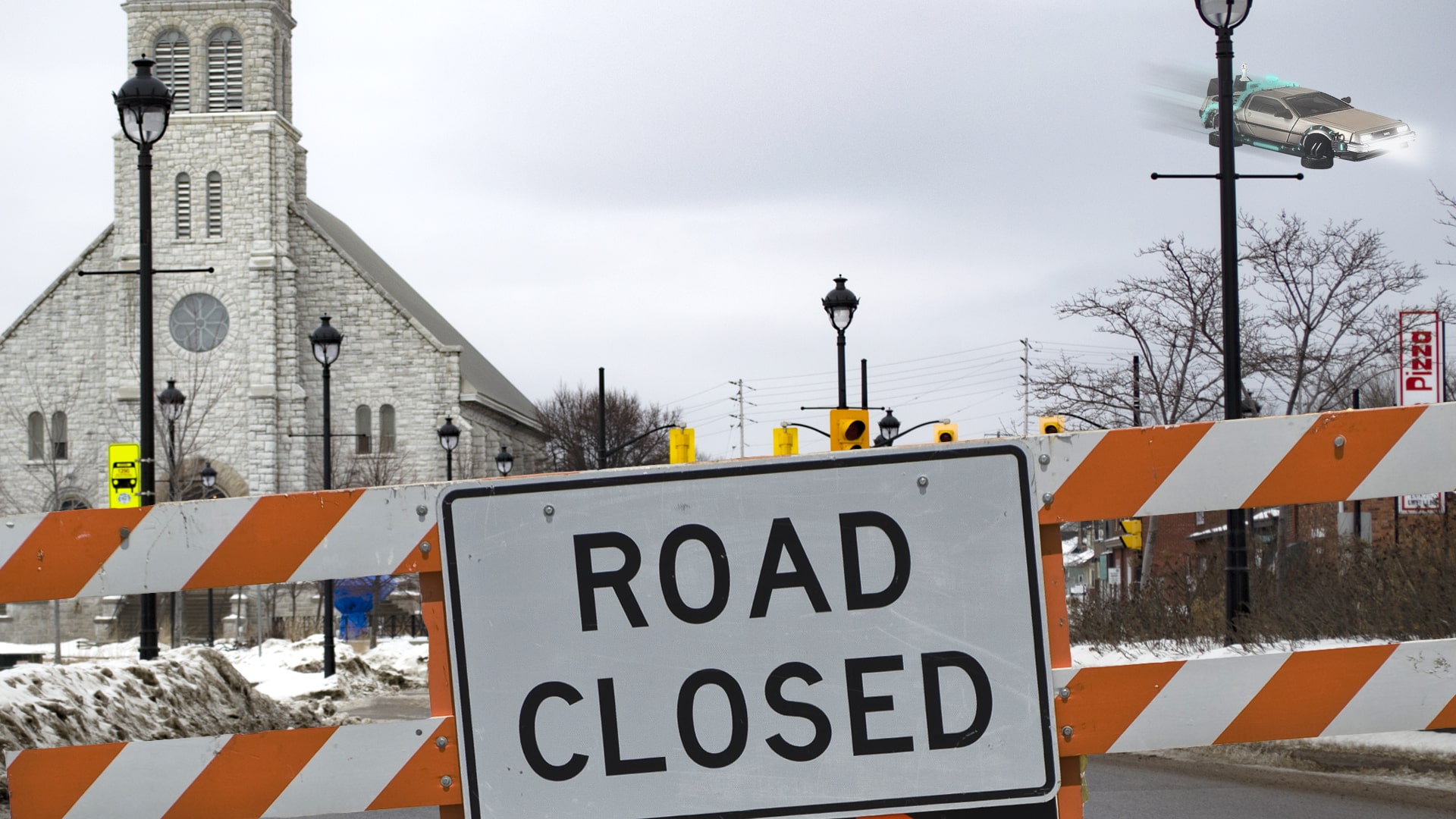 NORTH BAY — Following the 28 day closure of all public ice rinks and sliding hills in the city, North Bay is now set to close all of the city’s streets.

“We feel barring access to all of the roads is the next logical step in our lockdown,” explains City Councillor Grey Terrence.

The city-wide lockdown will see the closure of every street in the city, with the exception of Highway 11.

“We’re not allowed to close Highway 11, but we never would have anyway,” says Terrence. “We wouldn’t want to limit anyone’s access to Wal-Mart.”

Tapping into its emergency funds, City Council approved the purchase and distribution of 32 flying cars.

“The shocker isn’t that we’re actually able to buy flying cars,” says Terrence, “it’s that we bought 32 of them for half of what the new ‘community’ centre costs.”

Those citizens not given flying cars are encouraged to make use of the city’s bike lanes.

“The roads are only closed to motorized, land-based vehicles,” explains Terrence. “So there’s no reason the other 49, 968 people in North Bay can’t just bike their way around town.”

“Biking is proven to increase endurance and strengthen cardiovascular health, so really we’re doing you all a favour. We spent a lot of money painting lines on Memorial Drive last year and we expect people to use them.”

“Sometimes I wish this city was more grateful for our personal sacrifices.”