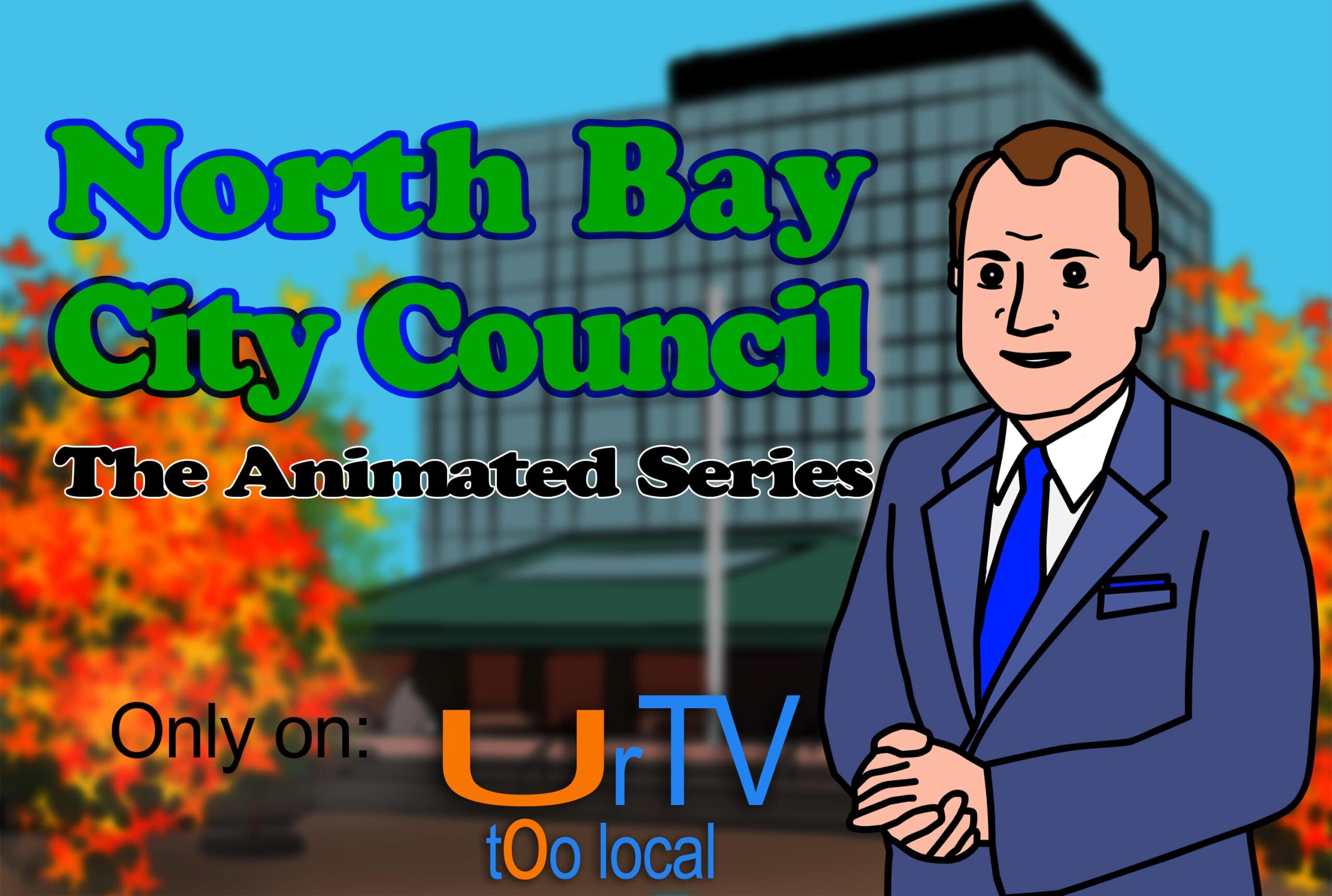 NORTH BAY — Turning a live-action show into an animated series is as Canadian as poutine. Trailer Park Boys, Corner Gas and Letterkenny have all received animated adaptations.

North Bay is looking to have their Council Meetings take place exclusively in cartoon form.

“Going animated is the perfect solution,” explains Deputy Mayor Tanya Vrebosch, “We are already doing City Council meetings from home, so there’s no harm in making it an animated series. It does mean that, due of the animation process, the topics discussed in episodes will be up to a year out of date.”

“But that’s not too different from how things are now.”

Vrebosch says that the setting and cast will stay the same, but with “some B-Plot added in to fill out the episodes.”

All Council members will reprise their roles using voice-over.

There are even more upsides to fully animating City Council’s meetings.

“Our lines won’t be recorded together, so we won’t have to actually talk directly to other council members,” explains Councillor Mark King. “But that’s not too different from how things are now. It is a nice bonus, though.”

North Bay City Council – The Animated Series has already started production with the first episode’s premiere date to be announced by UrTV.

Citizens will no longer be able to present at City Council meetings, but will instead be able to send episode suggestions to CityCouncilAnimated@hotmail.com.

If their suggestion is picked, the lucky resident will receive a signed “North Bay City Council – The Animated Series” t-shirt.

“The biggest benefit of the Animated Series is recasting,” smiles Mayor Al McDonald. “Animated shows recast all the time. So now we won’t have to lose a beloved character when the voice actor doesn’t agree with the script that I’ve written.”

“Also, we can totally get Jerry O’Connell to guest on a couple of episodes. I wonder what he thinks of backyard chickens?”