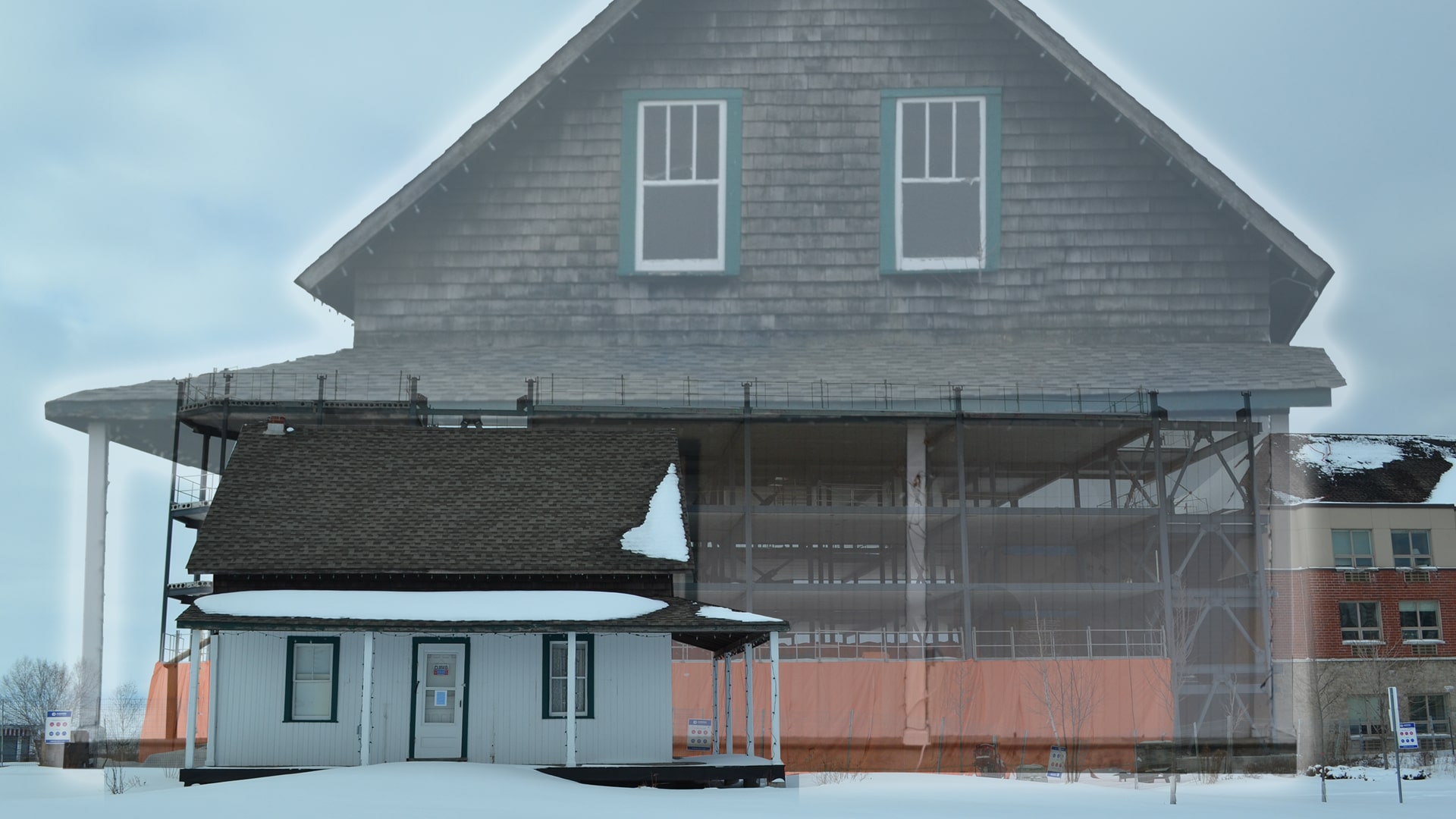 “Construction started in October,” explains Expansion Council Head Susan O’Neill. “Marina Point has been adding an extension and our construction has coincided with that so that people don’t even realize that’s not part of the retirement home – that’s the five times bigger Quints Museum.”

The Quint Museum Expansion Council was created to revitalize the home after it was moved to the waterfront in 2017.

“Basically, we formed the Council to specifically address the biggest complaint we got from museum goers – that the chairs were too small to sit in.”

And it doesn’t stop with chairs.

“The beds?” smiles O’Neill. ”Five times bigger. The dressers? You could sleep in the drawers. The stove? Big enough to roast a whole cow.”

“We’ve had to order custom ladders just so the tour guides can reach the saucer-sized doorknobs.”

O’Neill says The Quintupled Quints Museum is set to open on May 5th.

“I hope to see a huge crowd for the grand re-opening,” says O’Neill. “Bring your friends, bring your family, bring your cameras. We really hope everyone will find it the ‘Quint-essential’ experience.”