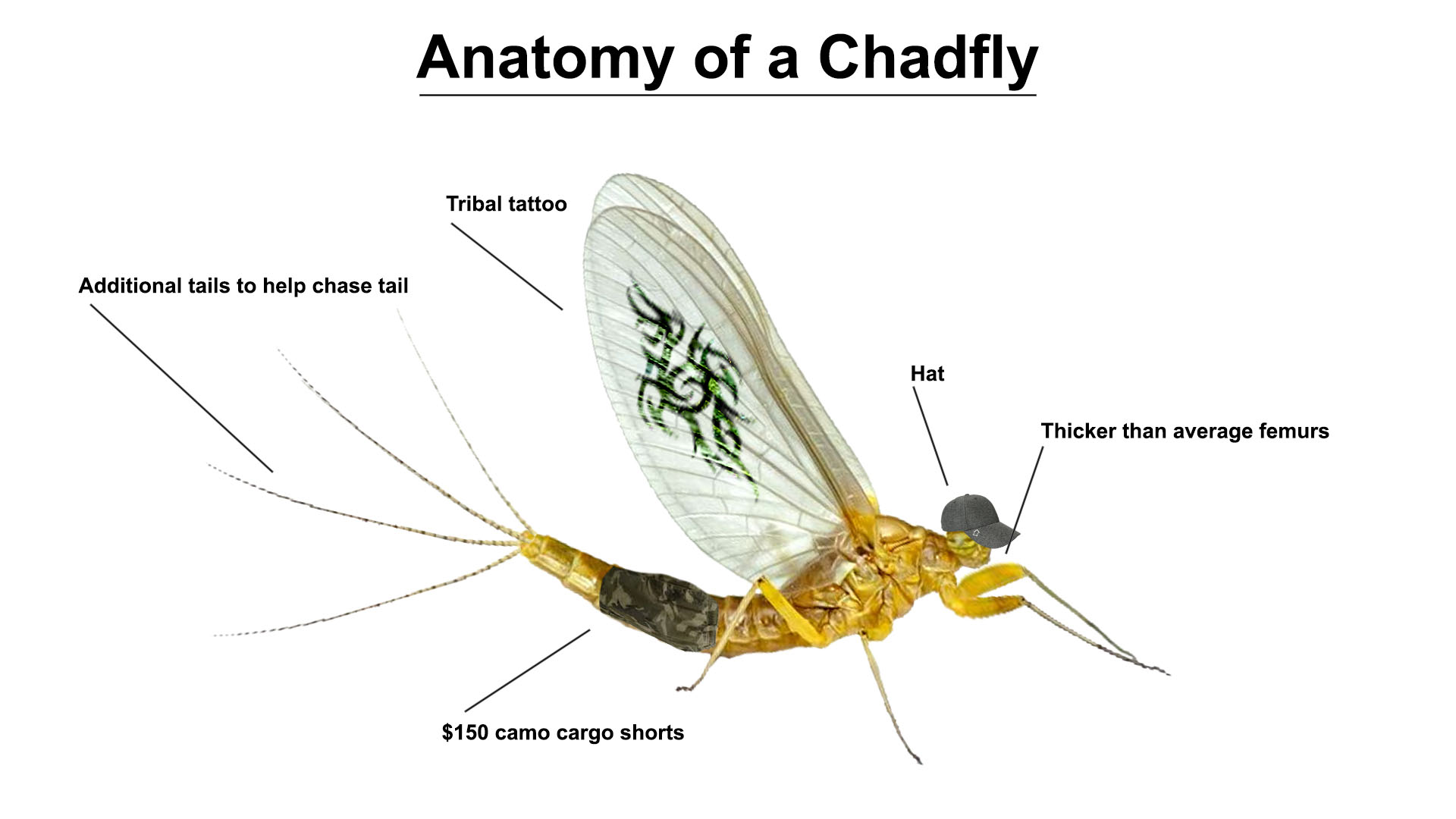 NORTH BAY — Tarp up your boat and delete your browsing history because shadfly season is almost here.

There have been some sightings of shadflies around North Bay, and much like friends who post Rebel Media content – if you see one, there’s probably more.

But that’s not all – local entomologist Doug Bennett has been keeping an eye on the emerging shadflies and has noticed something strange.

“Last year there were some abnormalities, but this year our fears were realized: there is a new subspecies of shadfly in North Bay. The Chadfly.”

The Chadfly can be differentiated from the common shadfly by its higher muscle mass, higher concentration of hair gel, and tribal tattoos.  The Chadfly is known to communicate by constantly insisting that it can satisfy your wife in ways you never could.

“One common spot that you can see the Chadfly is near local gyms. There, they will taunt you and ask if you even lift,” explains Bennett. “If you do go to a weight room, make sure that you rid yourself of all Chadflies before entering. The high levels of testosterone in the gym have been known to make Chadflies constantly drop weights and yell a lot.”

Bennett is worried that Chadflies may end up supplanting shadflies by winning over the female population with “its mad reps and renditions of Oasis’ ‘Wonderwall.’”

“If this happens, it will result in the Chadfly taking over as the dominant species,” says Bennett. “If that occurs, it may well create another subspecies in the ‘Stacyfly’ and the dreaded ‘Incel Shadlfy’ who will go on to haunt 4Chan boards and commit acts of domestic shadfly terrorism.”

1 thought on “Watch Out! New “Chadflies” Set to Invade City”