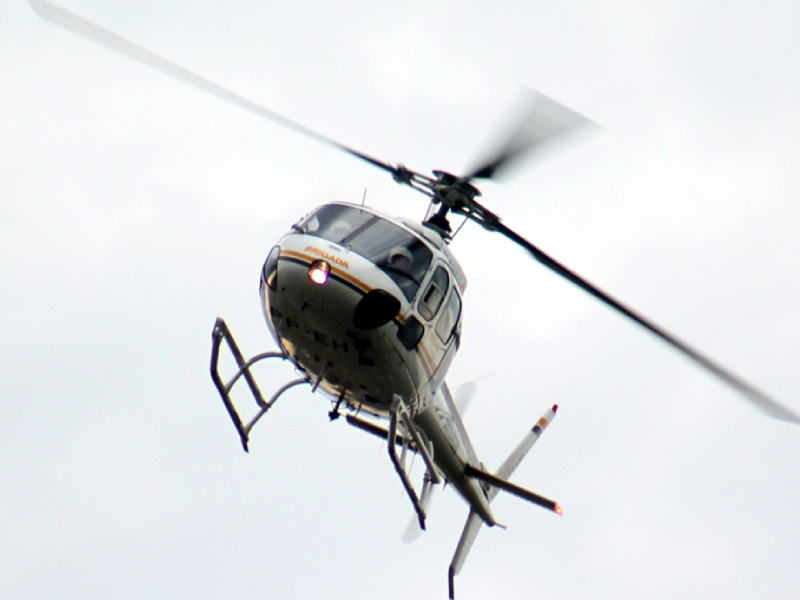 “We are proud to announce that we have acquired an Airbus H-125 helicopter,” announced Sergeant Jeanette Lawrence Tuesday morning. “This is a brand new 40 foot machine which is able to carry over 5000 pounds, seats six, and can cruise at 250 km/hr.”

“Once the helicopter has been painted and cleared, we will start aerial surveillance with a focus on speeding, dangerous driving, and jaywalking.”

Helicopter will “Pay for Itself”

The Airbus H-125 is a high-end helicopter used throughout the world for law enforcement, firefighting, and light military combat.

“I don’t think we’ll be using it for much more than law enforcement,” says Lawrence. “Unless the jaywalkers get really bad, in which case I’d like to remind the people of North Bay that the H-125 is fully capable of being equipped with modern sidewinder missiles.”

When not being used to track down “tailgaters and shoplifters,” Lawrence says the helicopter will be available for shows and festivals like Summer in the Park.

“For twenty dollars a person, you and your child can ride in a real working Police Helicopter!” says Lawrence. “Imagine chasing down a nasty litterer with your proud son and/or daughter beside you. With thrills like these, the helicopter will eventually pay for itself.”

The price tag for the new chopper is $5.1 million.

“It is a worthy investment not only for the NBPS, but for the city of North Bay.”

Lawrence says that ultimately, the full-equipped H-125 will make the city a better place.

“Otherwise, I’m very happy to invite all of North Bay to GET TO THA CHOPPA!”

“I’ve always wanted to say that.”