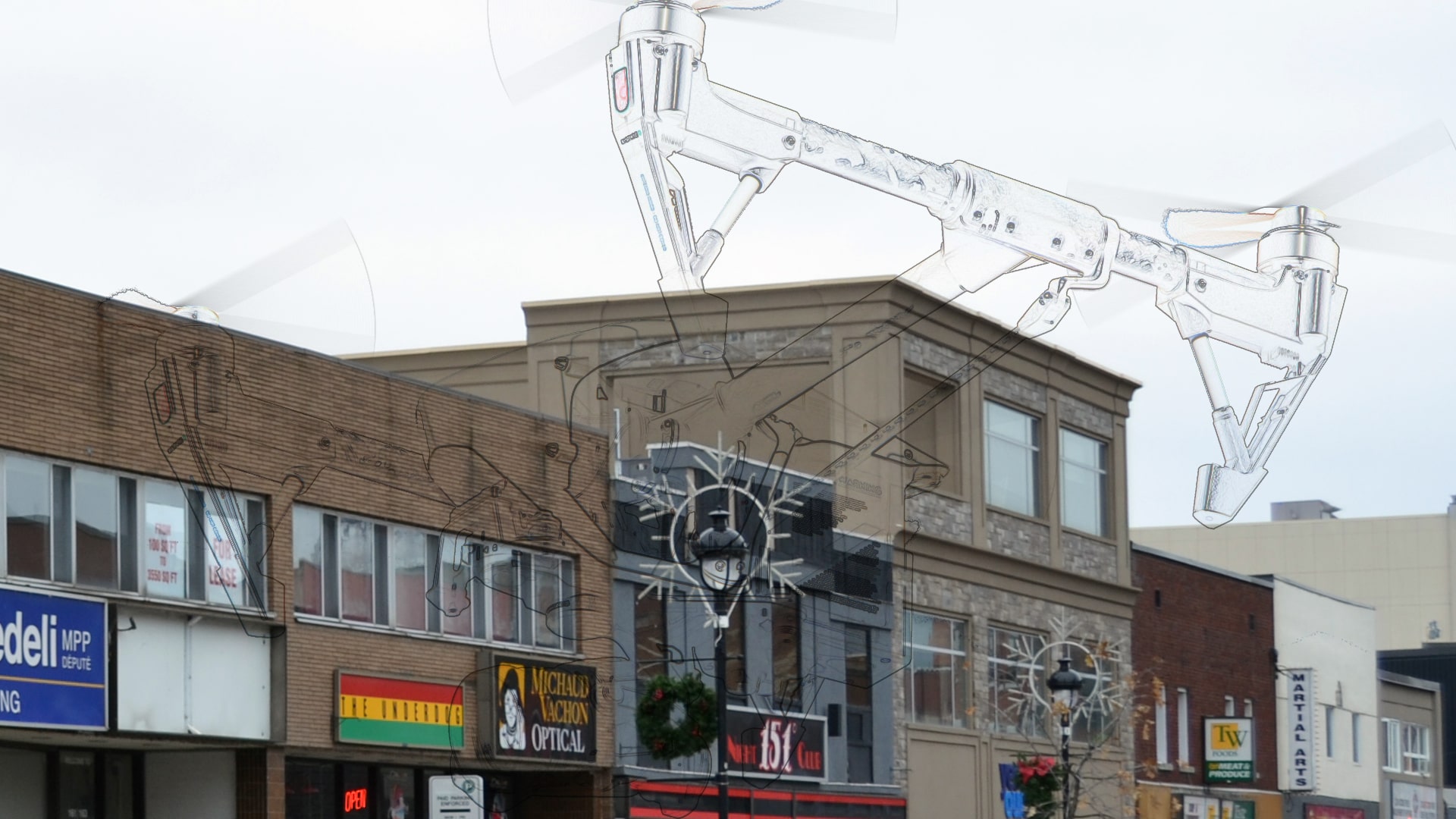 “It’s an astronomical feat of ingenuity and engineering,” says local scientist Headley Constant. “Not only have they perfected the four-rotor drone and built it steady enough to deliver packages, they’ve also made it totally invisible and 100% silent.”

“I work from home on 2nd Avenue,” says resident Alice Graves. “My package from Muskoka Delivery Service was scheduled to come last Tuesday, so I watched the front door all day. I saw no one, but when I checked online that evening I found that a ‘delivery was attempted.'”

“I checked my security cams just in case but still couldn’t see anyone, so that’s how I know they’ve really got them – perfectly silent, invisible courier drones.”

“It’s a shame the drones can’t leave slips yet, but I’m sure they’re working on it.”

“If they’ve got the technology, why not make invisible trucks?” asks Constant. “Invisible workers?”

Constant leans in and whispers.

“I’ll tell you a secret – I think they’ve already done it. Ask yourself: when was the last time you actually saw a Muskoka Delivery Service truck?”

A call to Muskoka Delivery Service was sent through automation, put on hold, and then disconnected.