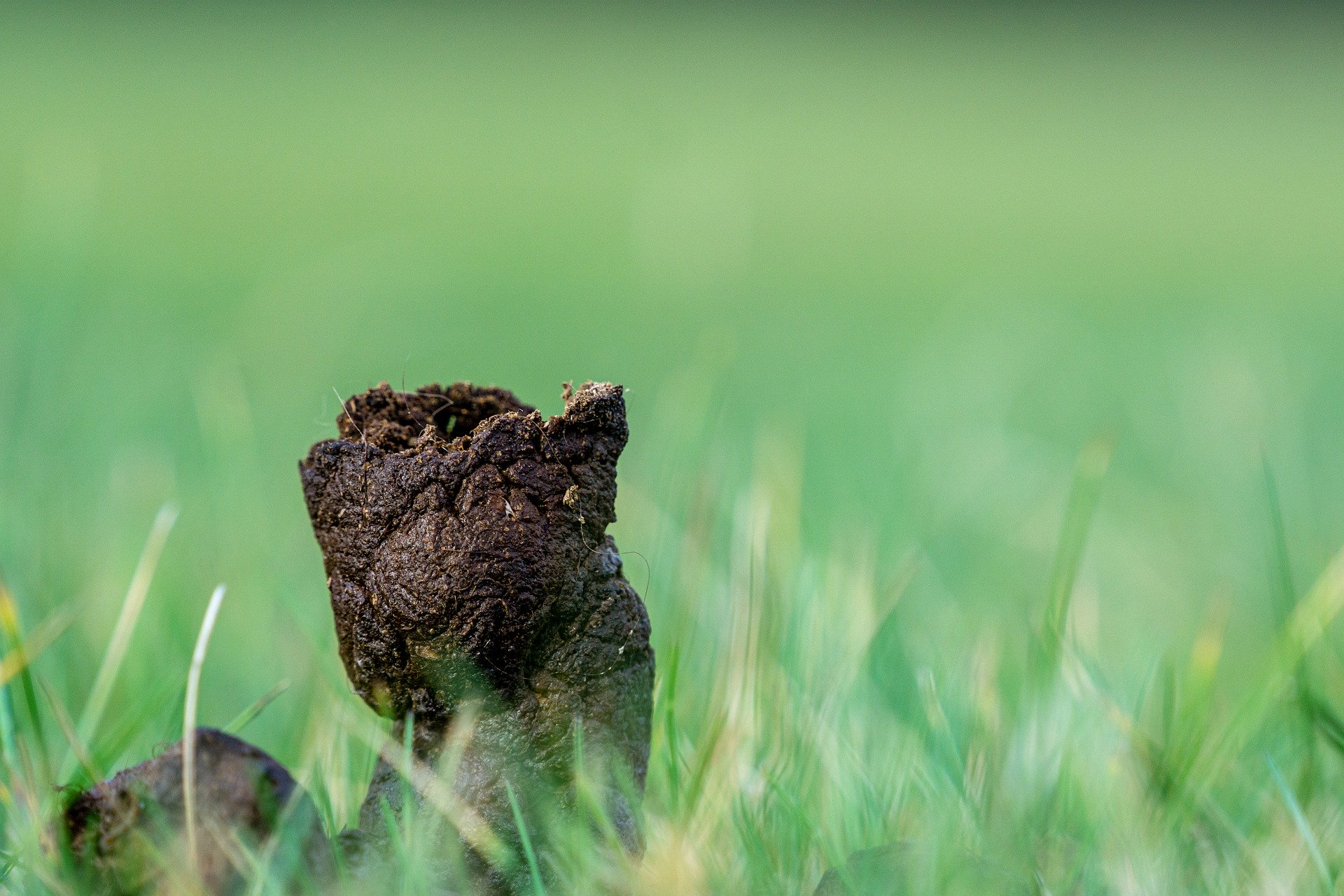 NORTH BAY — We all have ideas on how to stimulate the economy. Be it trade, tourism, or something else with a “T” in it, every day citizens do their best to make their home more sustainable economically.

But one local man has a method he thinks is foolproof.

“I was playing golf when it hit me,” Spunch tells the North Bay Bay. “Well – rather it hit the bottom of my shoe. My dog Ogilvy was with me on the course when he laid out a real stinker – he is an English Mastiff – so I had my Caddy pick it up. As my cabby ran back to the lobby of the resort, I thought ‘why don’t we have something like this everywhere?’”

Spunch believes that leaving “doggy dookie” strewn wherever he goes will create jobs within the community. He says that he has made it his personal mission to “lay down some doggie bricks” in as many areas of the city as he is willing to enter.

“I avoid those tent cities,” Spunch states matter-of-factly.  “Ain’t no soul that’s gonna clean no droppings up in there, no sir…or ma’am.”

But Spunch’s mission to multiply jobs hasn’t stopped with simple dog droppings. Once Spunch realized that the not-so-lovely doggy lumps would eventually decompose, he knew he had to take more serious action to better create jobs.

Now, Spunch is the vigilante known as “The Trash Thrower.”

“Yeah, I figured the more garbage I laid out on peoples’ lawns, the more people would need to come and clean it up,” Spunch says, smiling. “Not to mention the parks!  I absolutely demolished a kids’ swing set the other day with used toilet paper rolls.  Five people were there the next day cleaning it up.”

The effectiveness of this method has been called into question by professionals, who state: “that’s not how this works…that’s not how anything works!”

But one cannot deny that five people running around town cleaning up after Ted “The Trash Thrower” Spunch is more people than any citizen has seen cleaning any other part of this city in recent memory.

“No need to thank us,” says Ted’s wife, Mrs. Spunch. “We’re just saving this city, one stolen bag of trash at a time.”