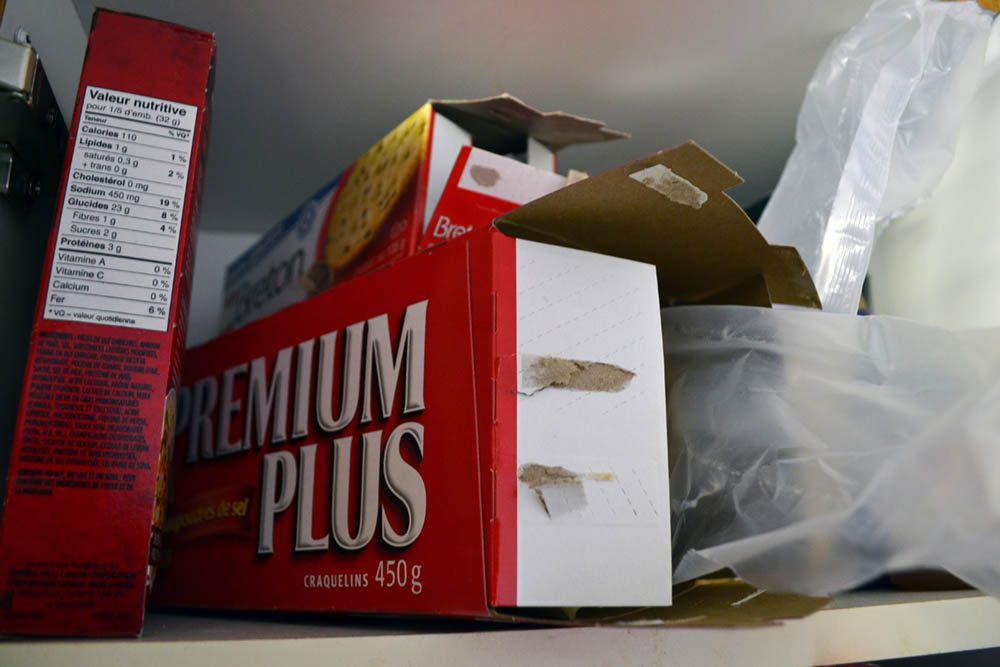 NORTH BAY — Lewis Rimmer once had a fully stocked cupboard.

“Top to bottom, it had all things that are good,” smiles Rimmer. “Soup, fish, beans, vegetables, and snacks as far as the eye can see.”

But having spent nearly two weeks practicing social distancing and self-isolation, Rimmer says his cupboard is a looking a bit bare.

“The snacks were the first to go,” groans Rimmer. “I couldn’t tell if I was hungry or just bored that first week. Then the rest of the food – can by can, box by box.”

But one box has remained.

A box of Premium Plus crackers.

“I don’t even remember when I got these,” says Rimmer. “I think my mom bought them for me when I moved out. Or maybe they were on sale?”

Waiting To Be Consumed

The box, covered in a fine film of dust, waits for its contents to be consumed.

“I don’t hate them,” Rimmer clarifies. “Sometimes I put a few into my soup when there’s no Goldfish crackers around. But there’s just so many in a box. Too many. What is anyone supposed to do with 4 full sleeves of individually salted crackers?!”

Nevertheless, Rimmer might have no choice but to actually eat a box of Reduced Sodium Premium Plus crackers.

“I could put some peanut butter between two of them and make a little sandwich, I guess,” sighs Rimmer.

He pauses his game of Animal Crossing to scratch himself.

“But who has the time for that?”