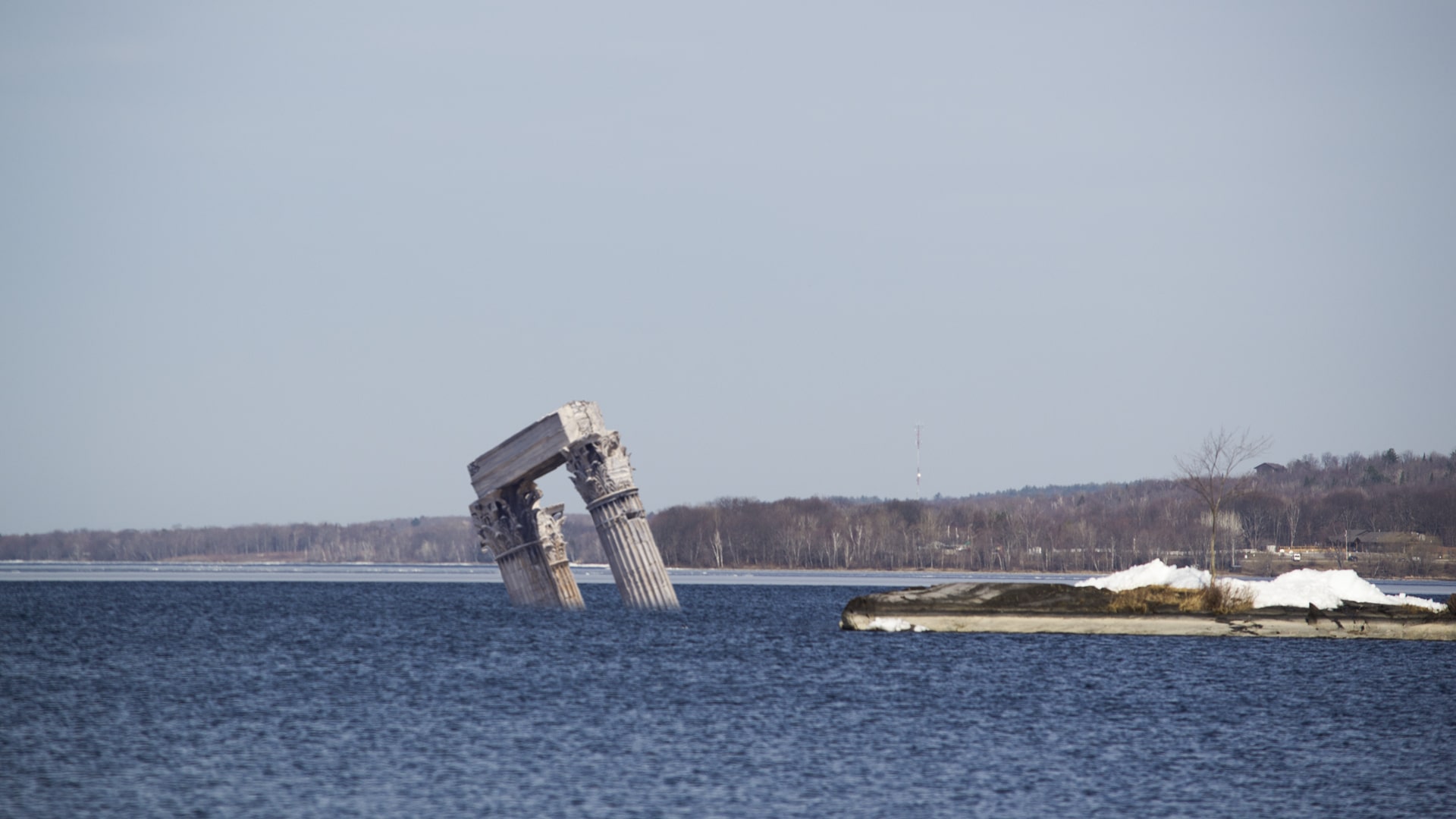 “We were just a-fishing, minding our own business,” says local Jake Collins. “When we pulled up what we thought was a fish. But it wasn’t a fish; it was some sort of ornate jewellery. Henry immediately became interested.”

Henry, who works in sanitation, sent down a snake to take a look below the waves.

“I could see a series of man-made structures. Admittedly, the water was a little murky, so I couldn’t get a good look at the architecture, but there’s only one sunken city I know about – and it’s the one where Jason Momoa lives.”

City Council was quick to commission a study on “Baylantis.”

Al McDonald is excited about the discovery.

“This will be great for tourism!” shouts McDonald over Zoom. “I can see it now: ‘Come visit the Wondrous and Formerly Lost Atlantis – brought to you by Al McDonald.’”

The Mayor then began to explain how Blacktop would be paid for the excavation once Nipissing was ice free when members of the Zoom meeting noticed the expression on Marcus Tignanelli.

“Did someone say ‘SNOW?!’” Marcus cried, his face turning red.

Efforts to calm down Councillor Tignanelli, whose hatred for snow knows no bounds, failed.

As of publishing, Councillor Tignanelli is now nearly 800 meters off shore with a shovel on his back, swimming to the city’s last known location.

The Lost City of Atlantis is actually a heap of sunken ice shacks.

“I was saddened to learn it wasn’t Atlantis, but a bunch of shacks that have sunk over the years,” announces a dejected Al McDonald. “It’s a shame…I had already commissioned signs for the theme park.  Good thing taxes paid for it.”

The discovery comes after Councillor Tignanelli, literally steaming in the cold lake, began pulling the shacks from the water in his search for snow.

The soggy, moulding shacks are now being used as affordable housing for the less fortunate.