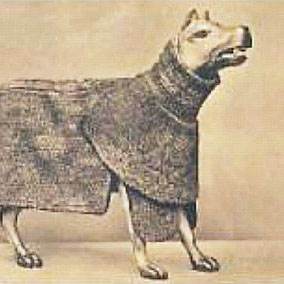 In a stunning and unexpected development, several local animals have been seen preparing for combat.

Numerous dogs, cats, and at least one budgie named “Pippin” have been witnessed donning plate mail, cuirasses, tiny leather gauntlets and horned iron helmets as they await what can only be an incoming deluge of horror.

Down at Kinsmen Beach, the Dreaded Seagull King has been running bomber drills, ordering his feathered herring brethren to dive in perfect, synchronized aerial assaults.

But as to what they are preparing for, even The Seagull King would not say.

However, one anonymous source has come forward. For their safety, we will refer to our source only as “Tinkles.” 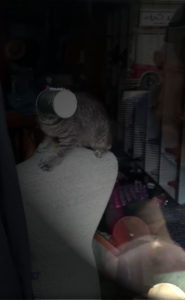 Tinkles would only be photographed in his identity covering great helm.

“I’ve been waiting for weeks,” Tinkles told us. “You know… been patrolling my area, watching. They’re everywhere now. Scouting. Waiting. Looking through the windows. I guess you could call me paranoid before, but…”

“It was a regular Tuesday. I put on my great helm and started my route. I walked through the coats, past the belts, past the windows and then–”

Tinkles let out a howl.

“SMASH! One of them broke the windows in with a hammer! I scrambled, ready to defend myself and my home when they started throwing stuff in.”

“I don’t know. My helmet fell over my eyes and I couldn’t see.  I actually blacked out for a while. When I came to, they had covered up the hole with a board, but I know they’ll be back.”

Tinkles pulled down his tiny little helmet, and strutted away, stopping only once to chase a lively looking dustball.