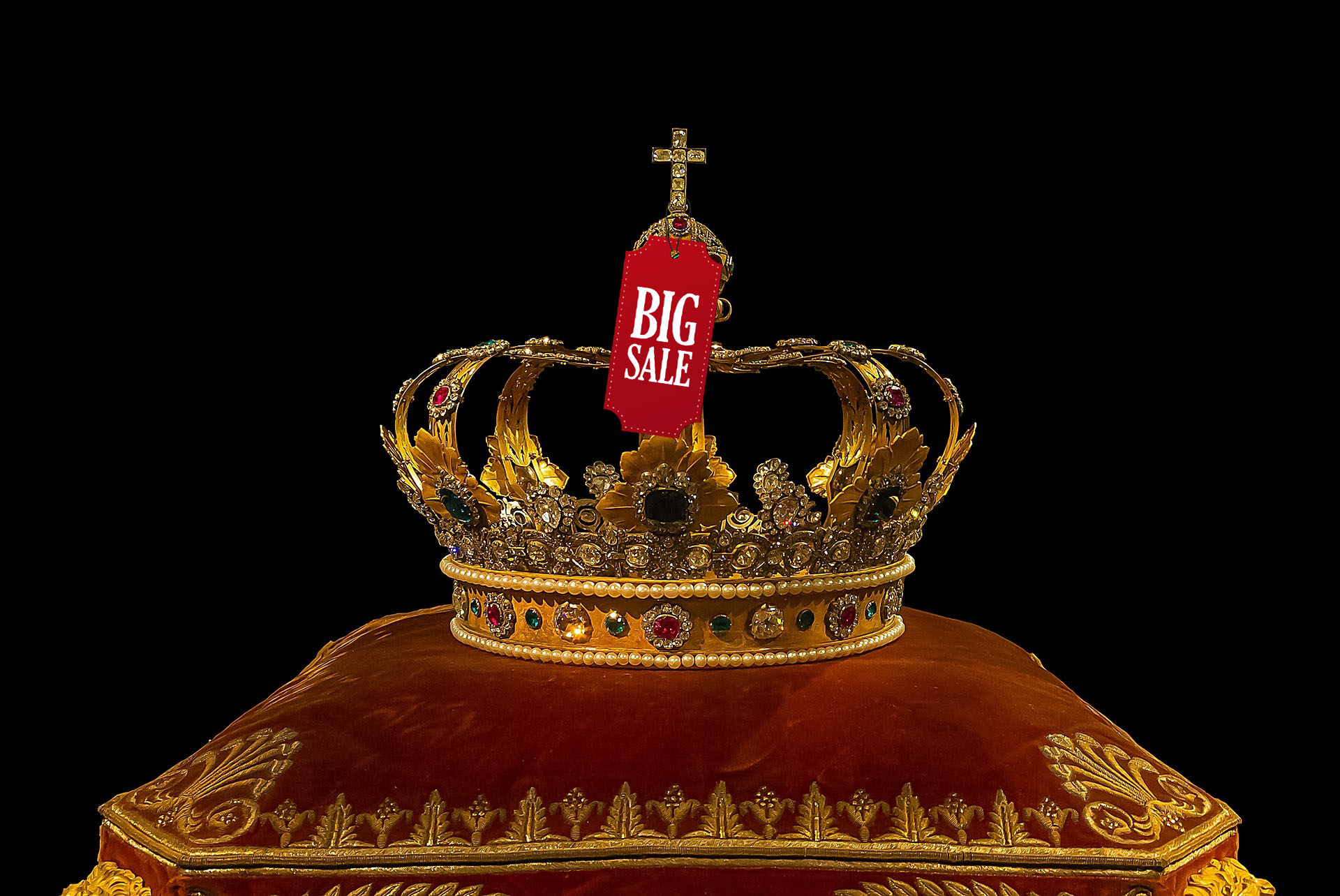 NORTH BAY — Just three weeks after ordering a custom $8500 crown emblazoned with the words “The King of North Bay,” Councillor Mark King has attempted to return the piece.

The crown’s creator and seller, Lisa Tyson (Etsy seller ‘crownyourself’) explains that King’s request for a refund was immediately rejected.

“When King ordered the crown, I explained that the sale would be permanent,” says Tyson. “He said he didn’t care – he was the Federal Conservative representative ‘now and forever’ and ‘would soon be The King of North Bay,’ too.”

“King received the crown on June 28th, which is ironically the exact same day he was rejected by the Conservative Party.”

King was been replaced by “rookie” candidate Jordy Carr as the Conservative representative for Nipissing-Timiskaming.

“Carr is apparently related to some guy named ‘Mike Harris,'” explains Tyson, “which should have absolutely no effect on a party as upstanding and democratic as the Federal Conservative Party of Canada.”

“Honestly, I’m surprised they didn’t just bring Jay Aspin back in. Lord knows he’s been sniffing that butt for a long while.”

“Not sure what King will do with the crown now,” says Tyson. “Maybe he can wear it to Council meetings or something. Unless he wants to step down from that, in which case I’m sure he’d make just a wonderful stay-at-home dad.”