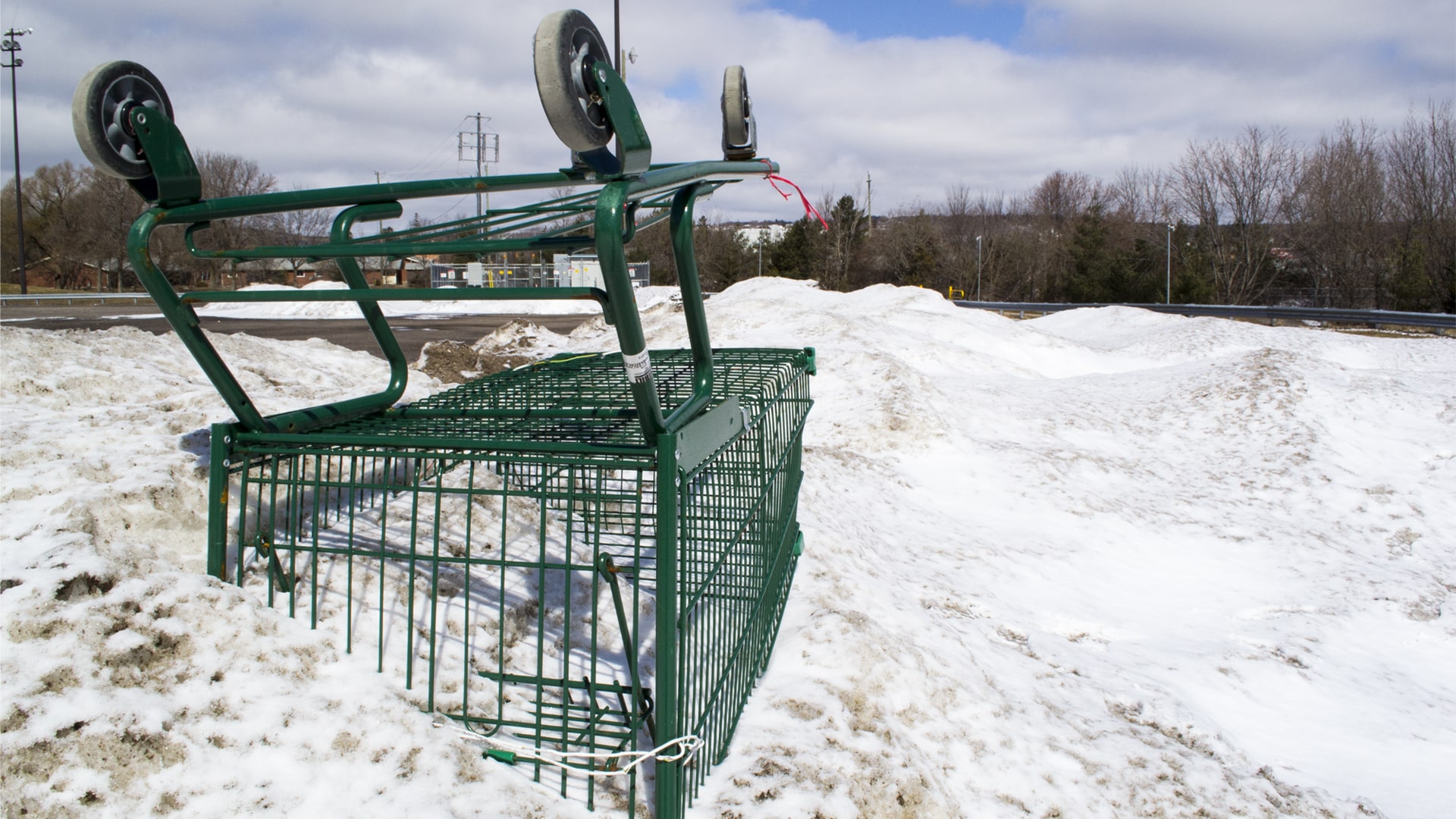 NORTH BAY – City police services are celebrating after the breakup of a massive, illegal cart racing league in North Bay.

“Cart Contests” was a vast shopping cart racing club, started and led by a small group working out of Wallace Heights.

“Cart jockeys” raced one-on-one, or in groups of up to 10, with their own custom shopping carts.

“Apparently those from TW Foods were the most sought after, followed by vintage A&P carts. Wal-Mart carts were generally avoided, and the LCBO carts seem to have been prone to excessive wobbling and falling over.”

Former racer Boston Fritter, who wished to remain anonymous, says that he got into cart racing in early 2020.

“I had some buddies who were racing down Airport at 3 am and one invited me out,” explains Fritter. “It was wild.”

“I got the same feeling on Airport as I did sitting in a cart as a kid in the grocery store. But the difference with Cart Contests was that my mom wasn’t pushing anymore – she was betting on me winning.”

Some of the larger races had winning purses of up to $5000.

“I had this one old cart from Woolworths that I slapped 4 studded tires on and she was like a tank!” laughs Fritter. “A tank that didn’t steer but was able to do 80 km/hr down Duchesnay Falls.”

“I understand the thrill of it,” says Lawrence. “I understand why it existed. But it was too dangerous to continue. It was drawing in youth that didn’t know or respect the power of a shopping cart.”