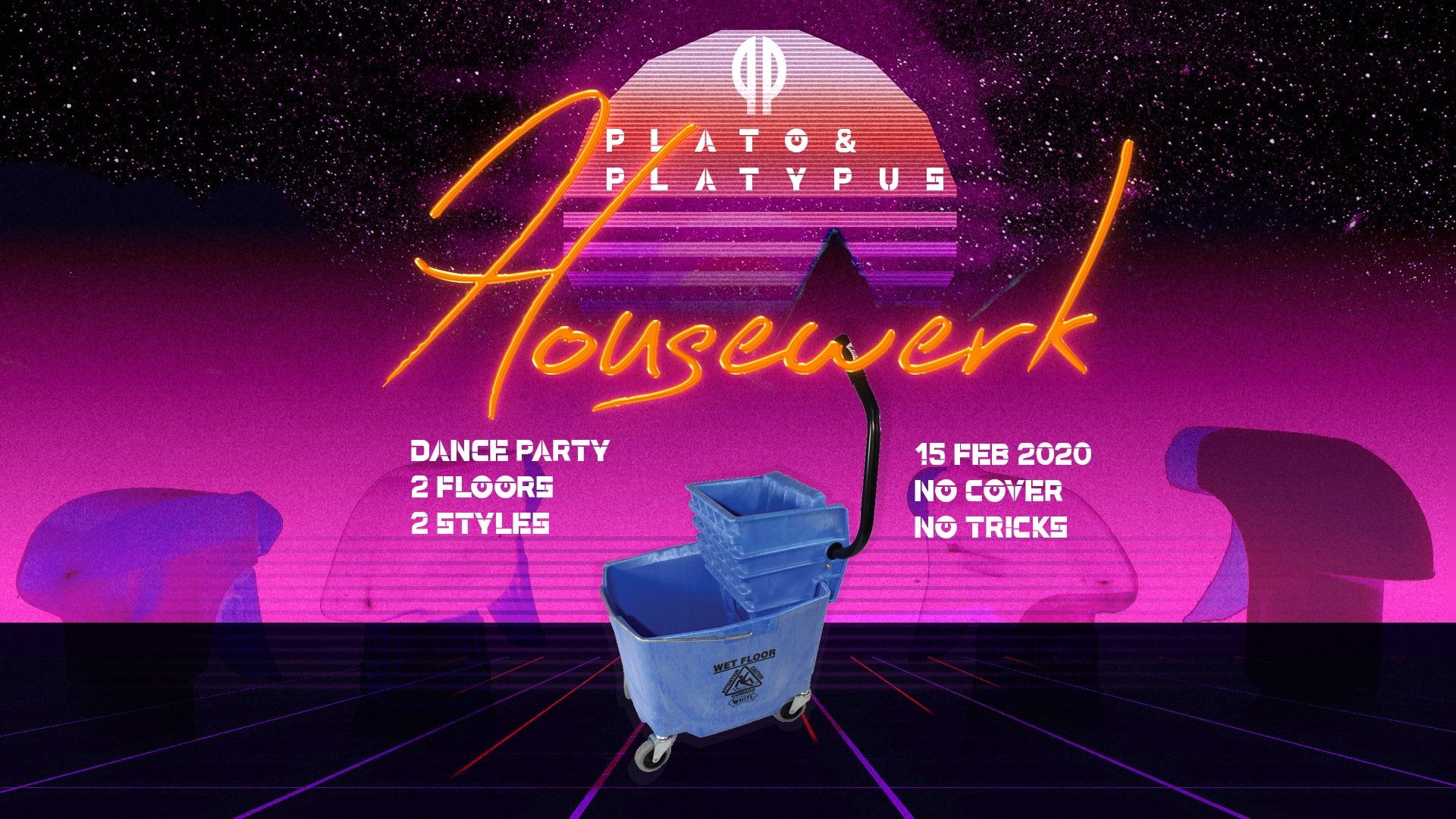 “Housewerk” was originally billed as a pub-wide electronic dance that would appeal to anyone who likes craft beer and the sound of a modem from 1998 trying to connect to the internet backed by a bass machine.

Instead, pub-goers were locked inside the establishment and forced to complete manual labour before being able to leave.

“At first I didn’t think it would be too bad,“ says Housewerk survivor Alden Webster. “Cleaning is kinda cool – sort of a 1950s old school retro trend. But then I got some Pinesol in my beard and it reacted badly to my conditioner and everything went downhill from there.”

Alden says he learned many things while locked inside the pub.

“I found out that Pinesol is highly flammable and that two of the fire extinguishers in there are actually full of vape juice.”

“I scrubbed the entire second floor of The Plato,” says Olive. “The good news is they turned on some music for us to listen to. The bad news is it was Rihanna’s ‘Work’ on a loop.”

Once patrons had completed their assigned cleaning, they were given five “Plato bucks” and allowed to leave the establishment.

But Olive says the she isn’t happy with how the night went down.

“I wanted to dance, not dust,” sulks Olive. “It’s not fair – The Nipissing Serenity Hospice can’t get a single MAID, but The Plato & Platypus got about 50.”