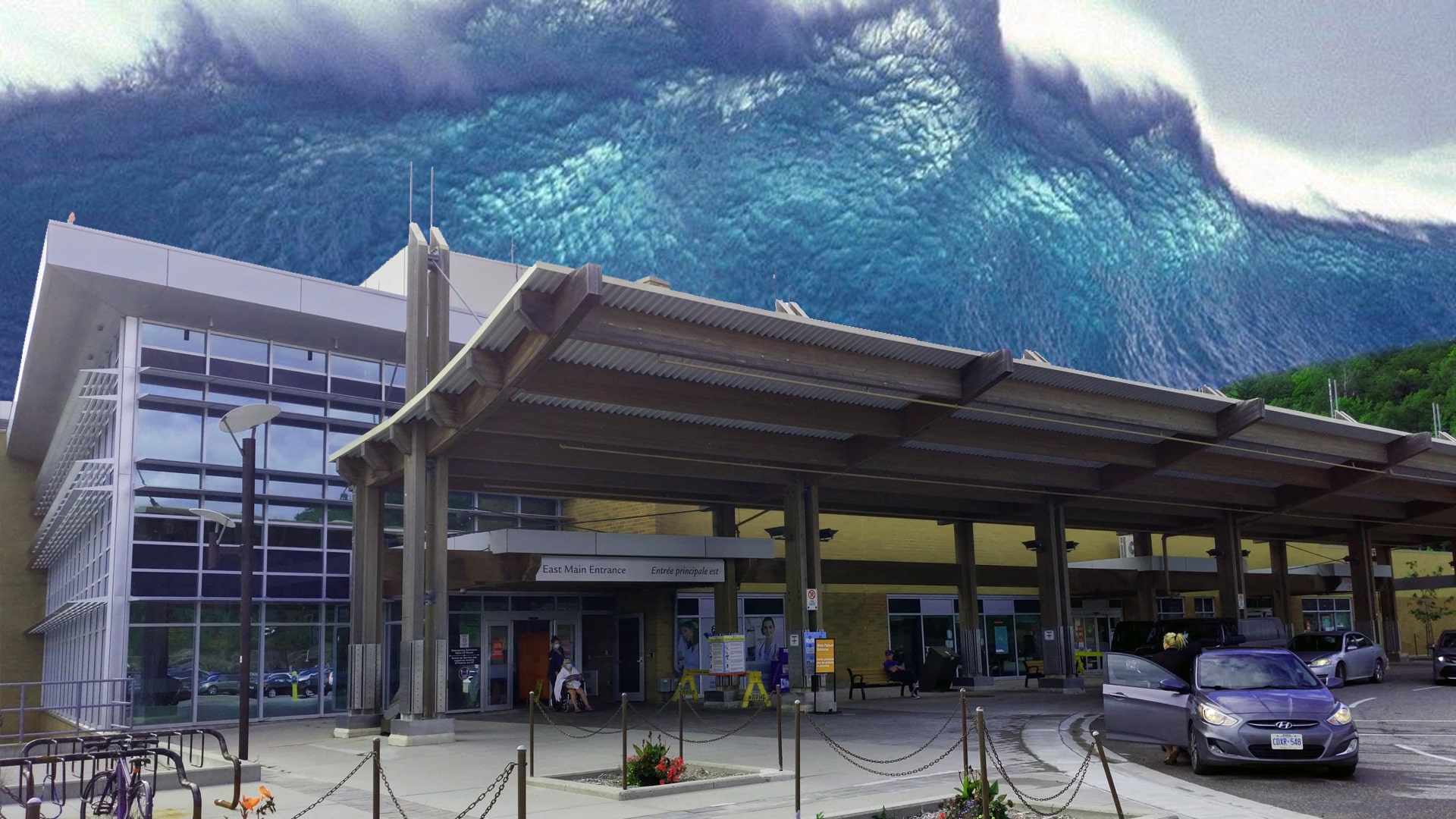 NORTH BAY — Conducted this morning, The North Bay Regional Health Centre’s first ever “Tsunami Drill,” has been praised as “mostly” a success.

“At 10:12 am we declared a Code Aqua hospital-wide over the P.A.,” explains Chief of Staff Dr. Vann. “Aqua is our emergency code for an incoming tsunami or nautical disaster. I’m happy to report that all doctors, nurses, and support staff more-or-less responded.”

A Code Aqua has support staff close and “batten down” all the entrances to the hospital, while nurses and doctors begin dispensing personal floatation devices.

“We had a bit of a hiccup in that we ran out of plastic overalls and those funny little yellow rain hats,” explains Dr. Vann. “Also, someone auto-inflated a 16 foot emergency raft in an operating room and somehow it caught fire.”

“But that stuff aside, I’d say we did pretty well.”

Despite the drill’s success, some have been critical of the Health Centre’s need to be tsunami ready.

“Seriously – when is a tsunami ever going to hit the hospital?” questions Union Rep Valta Meri. “We’re spending almost $1.6 million a year in tsunami preparedness, most of which, I might add, goes to harbouring and maintaining Hospital President Paul Heinrich’s 53 foot, ‘emergency yacht.’”

“For the love of God – it’s named The Heinrich Remover and it has a pool!”

“No matter where you are, there is always the danger of a tsunami! Compared to Nipissing University up on that hill, we’re very close to sea level here.”

Dr. Vann says he already has plans for improving the tsunami drill.

“After we declare Code Aqua we’ve been thinking of playing the band Aqua over the P.A. to help motivate people. We’ll start with Dr. Jones because we have three of those here and they’ll just love it, before moving through Aqua’s very extensive catalogue.”

“If things go well, we’ll end with Turn Back Time, and if it doesn’t, we can play their classic We Belong to the Sea.”

Dr. Vann puts on a pair of waterwings and turns to go.

“Now, if you’ll excuse me, it’s my turn to man the periscope.”