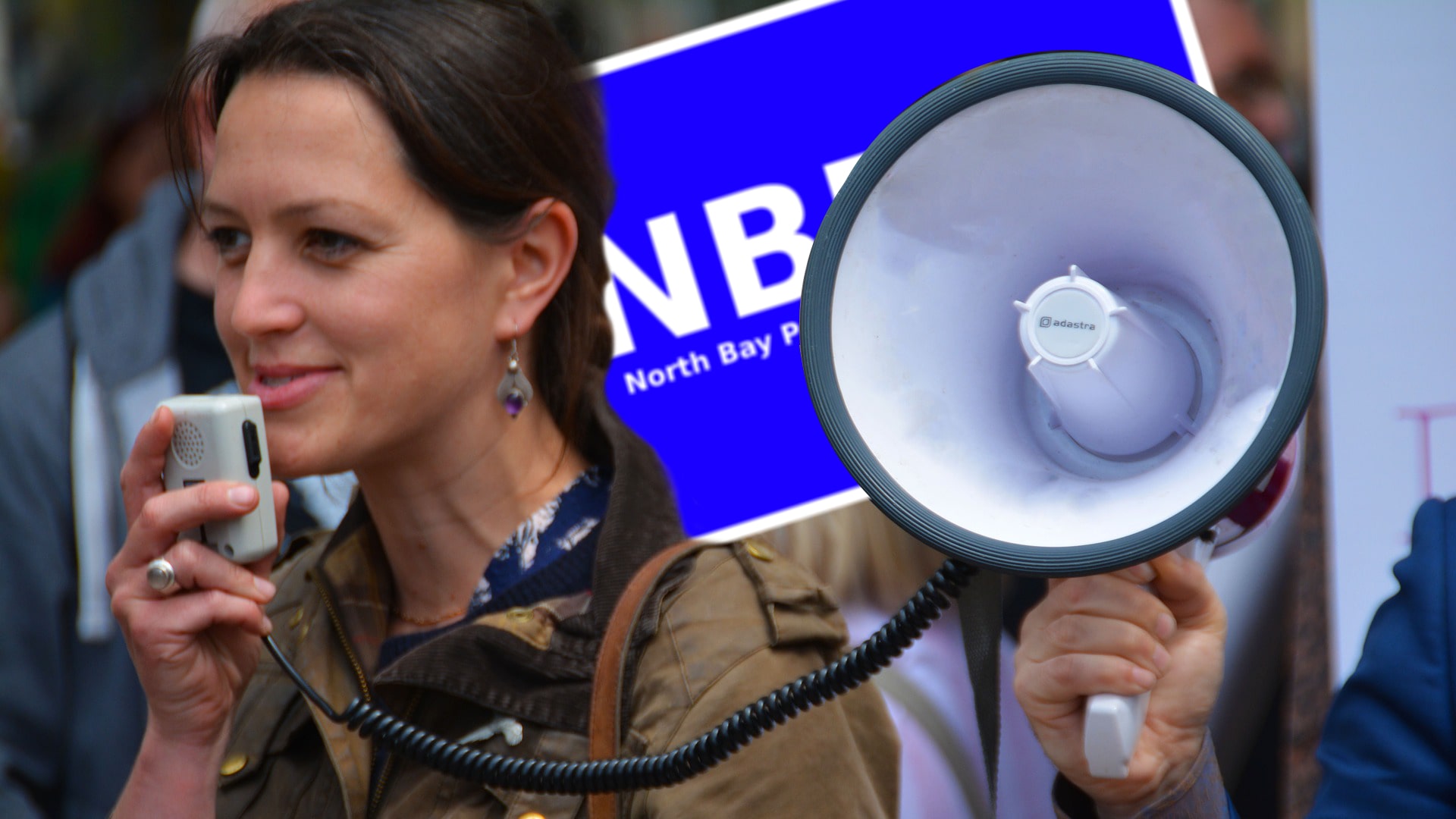 NORTH BAY — It was an unusual scene outside of North Bay City Hall as red-vested protesters barricaded the entrance to the municipal building.

Staff and council members were locked out for hours this morning as the group known as North Bay Post-Politicians Committee (NBPPC) made their message clear: no more politicians coming into North Bay.

Maxime Bernier, leader of the PPC, is expected to arrive into North Bay this week.

In the past, the NBPPC has been accused of discriminatory practices against politicians.

“Listen, anyone who tells you we’re against politicians entering our city is just lying,” says Burnly. “It’s propaganda – it’s all fake news. We’re just against the MASS-migration of politicians into our city. It’s not sustainable, and quite frankly, it scares me.”

“It’s nothing personal against Mr. Bernier, we just think the quota for politicians entering our city should be lowered to something more manageable. Like, five? Seven? That seems fair to me. I think we’re good for now.”

The NBPPC was formed as an offshoot of the CPC (Concerned About Politicians Committee) in 2018 when Mack Burnly lost his bid to become the new committee chair by a slim margin. Citing inter-organizational conspiracies and a lack of conviction to the group’s core social values, Burnly split off and went on his own.

The NBPPC have gotten into some heat in the past when members have made troubling social media posts.

Even Mack Burnly hasn’t escaped controversy, having been photographed with alleged members of hate groups  and later coming out with a vicious online attack of Greta Thunburg, a 16 year old climate activist.

In addition, a member of the NBPPC was kicked out of the group when he requested Burnly address and denounce the racism issue within their own committee.

The NBPPC hope to grow their support and breakout from their fringe status, Burnly intends to branch out from their anti-mass-politician agenda into other topics concerning Canadians today – like the Flat Earth theory.

“There just isn’t a scientific consensus on ‘round Earth’” claims Burnly, “The facts are fuzzy and hard to understand…I mean hard to believe are real. It’s not real. You know what’s real? This extremely flat Earth I see everywhere around me.”