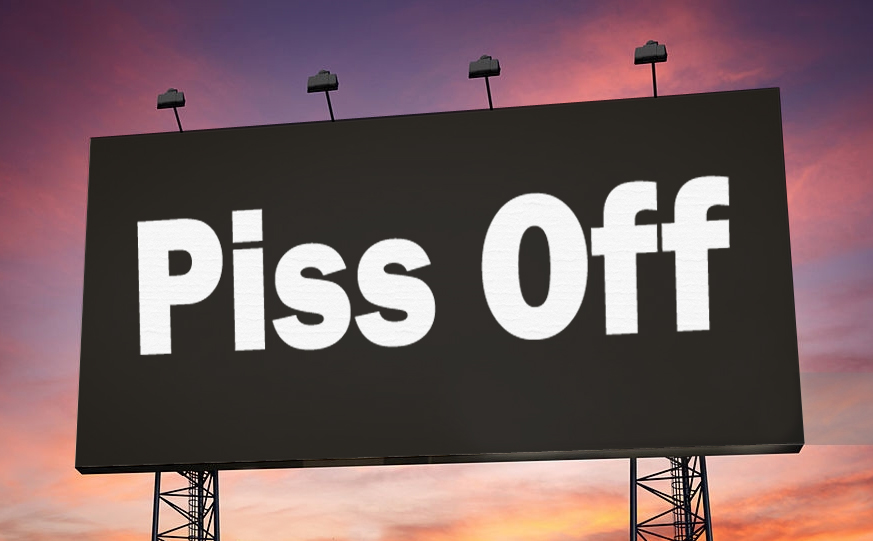 NORTH BAY — Formerly located at the corner of Seymour and the bypass, the Chamber of Commerce Tourist Information Office has been demolished, and in its place is a gigantic sign that says “Piss Off.”

The 1.65 acre site, which was sold last year for almost $1.7 million dollars, was purchased back by the city yesterday for a meager $2.2 million.

“It was worth every cent,” says Councillor Grey Terrence. “I think we all secretly knew, deep in our hearts, that selling the property was a mistake. That moving the Quint Museum and turning it into an ice shack was a mistake. That not giving RVs a place to dump was mistake. That demolishing the building was a mistake. But I feel we’ve made up for those mistakes with a 120 foot sign that says ‘Piss Off.'”