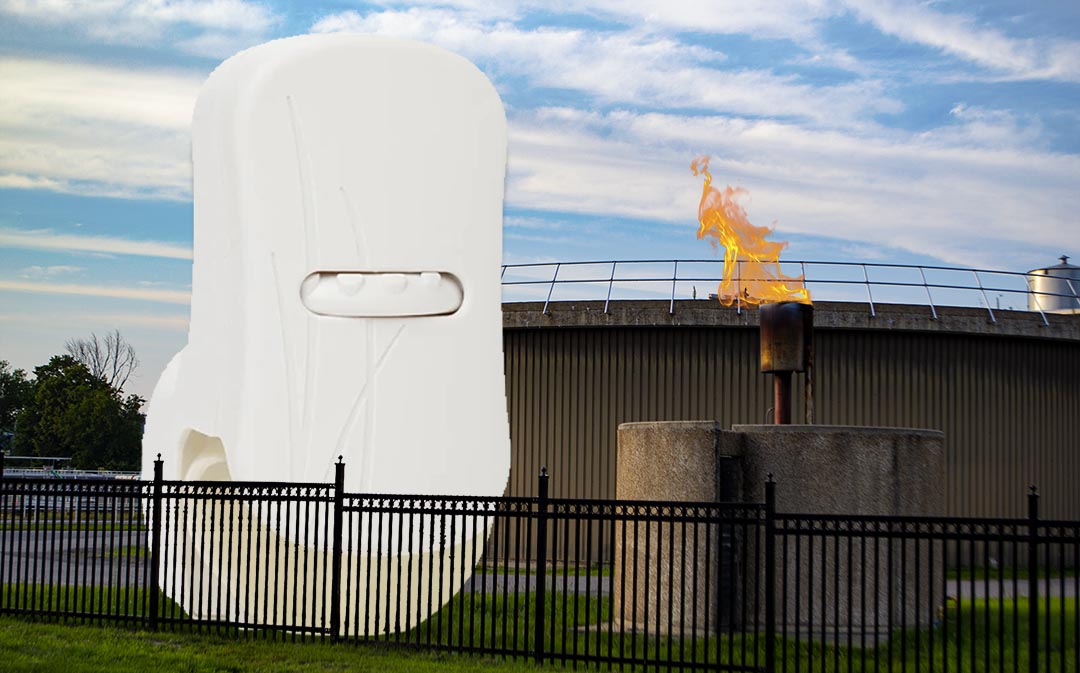 To celebrate the opening of a new factory near Memorial Drive, S. C. Johnson has approved the construction of a 40 foot tall Glade Plugin Air Freshener next to the Sewage Treatment Plant.

“When we came to North Bay we looked everywhere for a place to build our new plant,” explains Robinson. “The area around Memorial was the best choice, but it had one big problem – the smell.”

“Fortunately, Glade knows all about freshening up a place! With the Ultra-Huge Sir Smells-A-Gone, Memorial will now smell better than ever!”

Scents will be swapped out every 45 days, with Fresh Linen, Forest Waters, and Roasted Pineapple being the first selections.

“We want to advise North Bay residents that they might see a bit of a power drain once Sir Smells-A-Gone is fired up,” says Robinson. “It takes a lot of power to freshen up so much space.”

Still, Robinson thinks the power drain will be well worth it.

“Just think of it as a little brown out to help take the big brown out.”