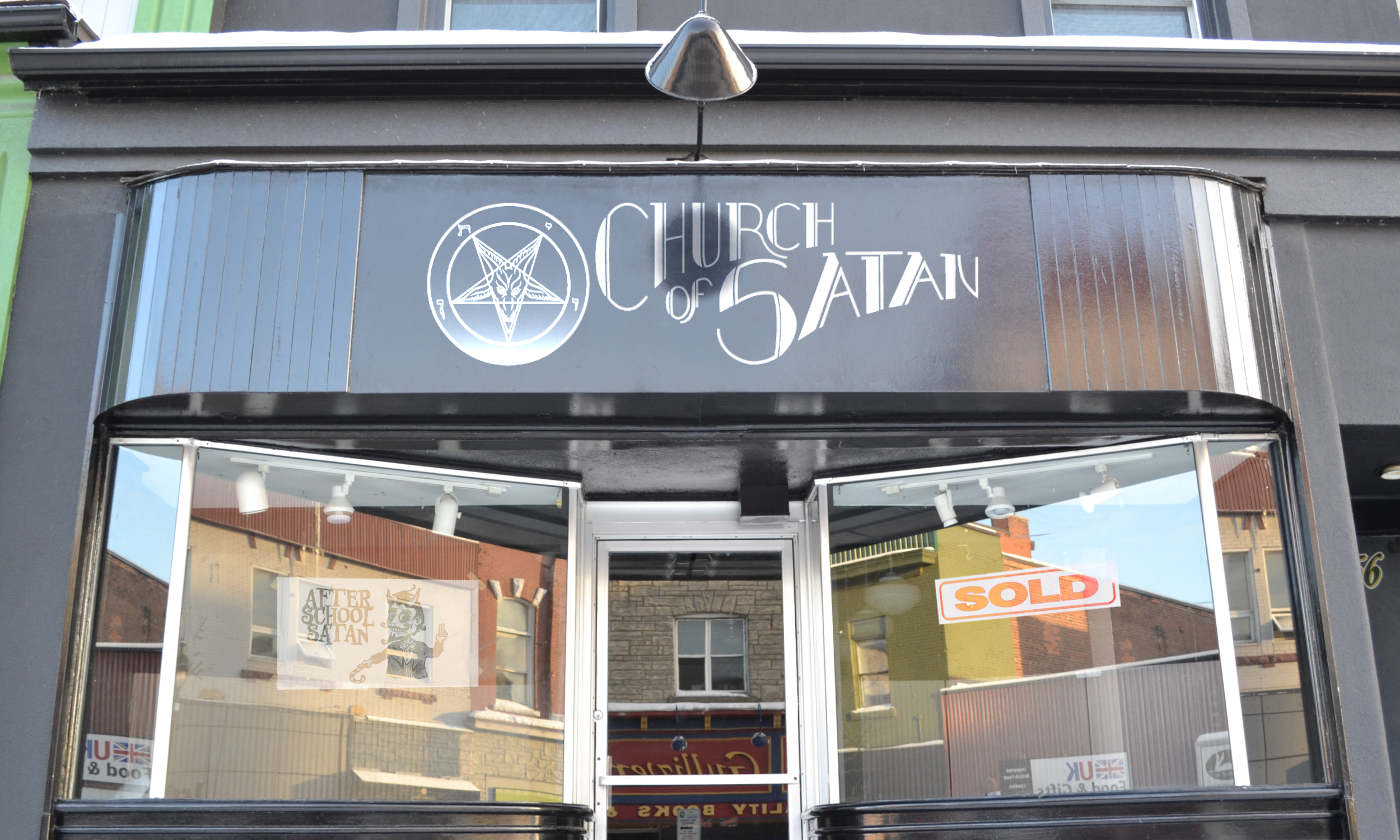 NORTH BAY — Main St. is about to get a little more devilish.

158 Main St West, the former location of Pearls, has been purchased by a local group in order to open a new sect dedicated to The Church of Satan.

“I can confirm that the location has been acquired by myself and the Council of Nine,” says High Priest Seth Phenex. “We’ve begun preparing Pearls’ insides for the newest Canadian sect of the Church of Satan.”

The Church, which was founded in 1966 and has its headquarters in Hell’s Kitchen, Manhattan, is “jubilant” about opening in North Bay.

“We’re looking forward to having our first Satanic High Mass here as soon as possible,” says Phenex. “We’re also very interested in offering our program, ‘After School Satan,’ to the children of The Near North District School Board.”

Those keen on joining the Church of Satan can do so by filling out a registration statement, which costs $225. Once processed, registrants are given a lifetime membership with no annual fees, and “no soliciting or pandering” for future donations.

“Like The Adversary himself, all of our members value pride, individualism, and enlightenment,” says Phenex. “There are already Satanists in North Bay, so the dream is to bring everyone together in the hopes that we can work as a unified cult.”

Community involvement is a big part of The Church of Satan.

“Like Lucifer did with his fellow angels, members are encouraged to support one another and the community. That’s why we’ve already made plans for a half-marathon in support of cancer research. We’re calling it ‘Sprinting for Satan.'”

“We’ve also reached out to the local animal shelters to see if we can find new homes for orphaned cats and dogs.”

While Phenex says he expects “some minor discomfort” from North Bay, he hopes that the community will accept the Church “like Satan did Christ in the desert – with open eyes and a big smile.”

“There are over 20 different churches in the city,” observes Phenex. “I don’t see the harm in having one more. We’re overjoyed to be a part of North Bay as your friendly neighbourhood Satanists.”

“We’re delighted to be deep in the city’s heart. Indeed, North Bay is our oyster, but we’ve already found its Pearls.”