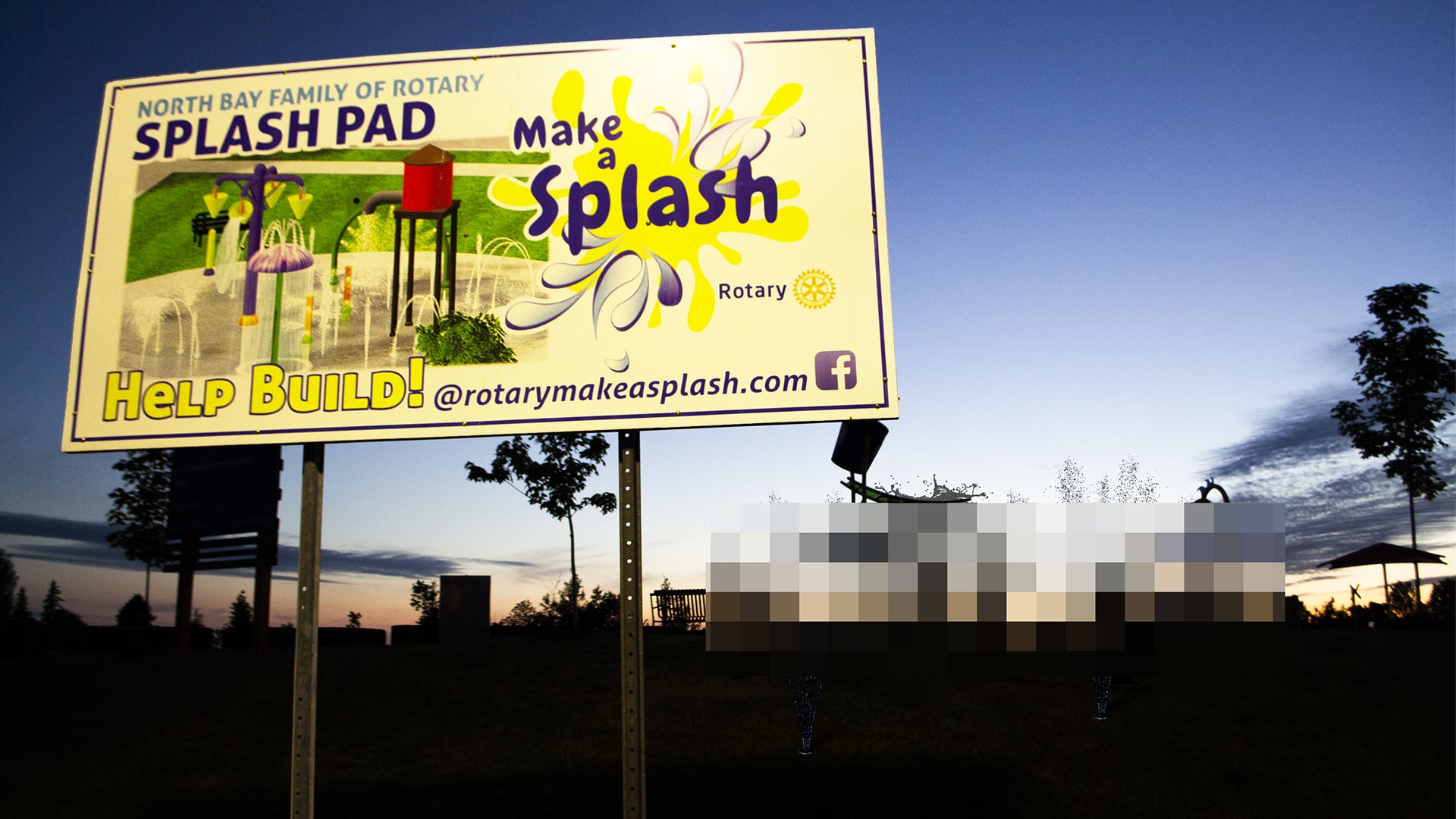 NORTH BAY – They giggled, they jiggled, and they had a great time Friday evening at North Bay’s first ever “Nude Splash Pad Night.”

“I haven’t felt this free since 2020,” smiles nude participant Joe Trapper. “Just to be out in the open municipal air in nothing but flip flops is liberating!”

The event, which was largely advertised through North Bay’s FetLife, drew a small but very naked crowd.

“We made sure to keep below 10 people at all times,” says organiser Claire Aitkens. “That resulted in a few lineups through the evening, but the people in queue found creative ways to entertain themselves.”

While Aitkens knew the au naturel splash pad players would have a good time, she was initially worried that the event might draw some criticism.

“Luckily, it was a total hit!” beams Aitkens. “I’ve been told that retirees at Marina Point were delighted. Apparently a few are hoping to come next time, and even more are out buying binoculars.”

The success has Aitkens in talks with other groups to host nude events of their own.

“If marching nude through the streets doesn’t just scream ‘Freedom!” then I don’t know what does.”