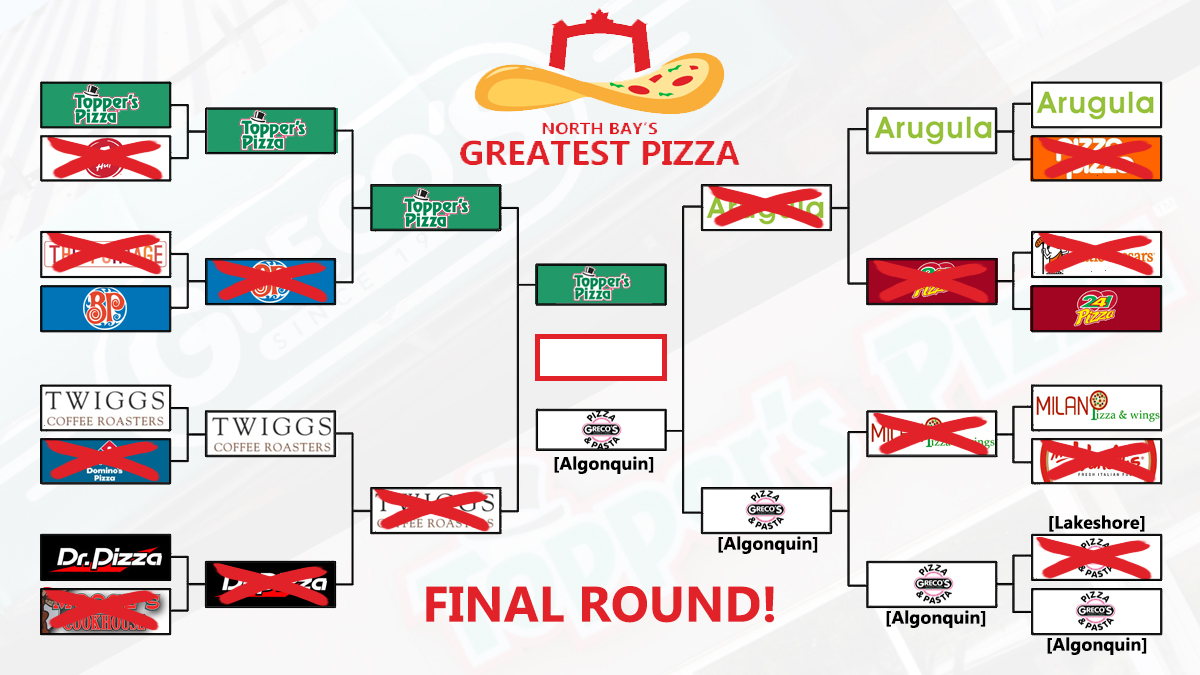 Twigg’s and Arugula put up a great fight, but it was Topper’s and Greco’s that came out on top. Now, they’re the only two left. Which is North Bay’s best pizza? You decide!

Both of these places have been within 10 votes of each other this entire tournament, so if you’re a fan of either, head over to the North Bay Bay’s Facebook Page andvote to push them over the edge!