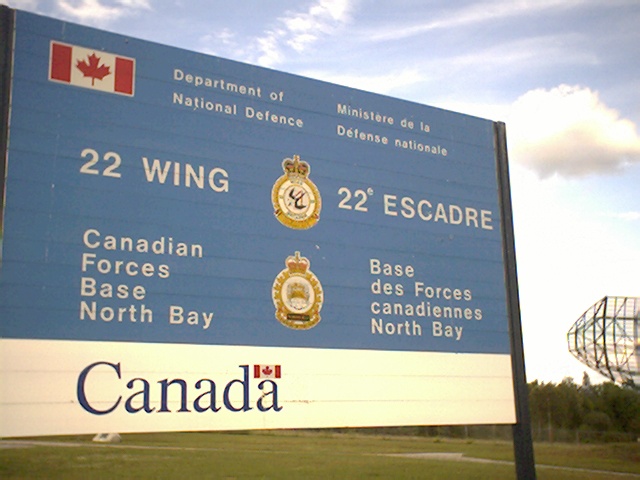 NORTH BAY — The family of missing RCAF Corporal Adam Weber of 22 Wing North Bay had long ago lost hope that he would be found alive after he mysteriously disappeared while on duty on April 26th, 1986.

But Weber was found safe on Monday morning, having never left his post. The Corporal was recently reunited with his family after enduring a 33 year old posting in a forgotten section of the underground military complex commonly known as “The Hole”.

Bleary eyed, heavily bearded and almost feral in appearance, Weber explained that, during a 1986 drill, he was ordered to hold his post and remain on duty until he was relieved.

Always one to follow orders to the letter, Weber remained in his hidden bunker, a food and water cache, until being discovered by a film crew scouting for the sequel to the apocalypse thriller “The Colony,” which had been filmed in the underground complex in 2012.

“We were scouting for ‘The Colony 2’ and found a door behind some stockpiled computer equipment,” explained Liam O’Seebold, location scout for Ötzi Pictures. “We opened it and there was this soldier who looked like that guy from Castaway.”

Asked how he had managed to survive for over three decades on only six months of rations, Weber’s gaze grew cloudy and he shuddered, only admitting that, “there are other things to eat besides food.”

Weber refused to answer any further questions and is currently convalescing at the North Bay Regional Health Center.

An unnamed retired superior of Weber’s admitted off the record that “Adam was one of those awkward guys who was always in our faces and too eager to please. We often found extra work for him to do to get him out of our hair. I guess we went too far that time.”