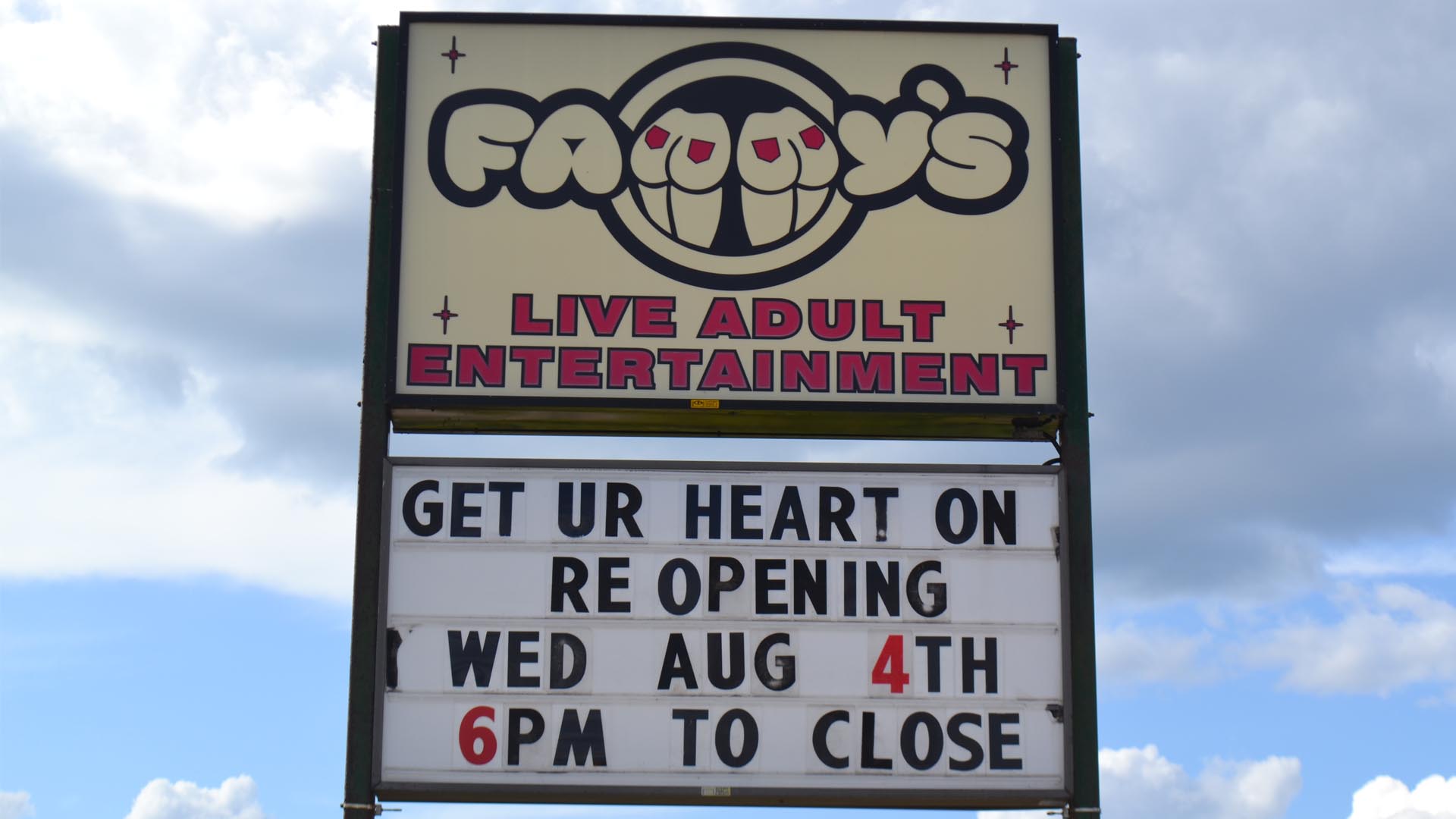 NORTH BAY – Ever seen someone strip to “Dust In The Wind?” Well, now’s your chance!

Having been forcibly closed by the province for nearly 18 months, Fanny’s is re-opening with “Sad Strip Club Night” – an evening that celebrates the club’s restart while also mourning lost time.

“It’s an all-out event,” explains operator JP Cormier. “All of the dancers will begin the evening wearing black attire and we encourage our patrons to do the same.”

Cormier says the DJ will be spinning only the most “sombre tunes” for the Fanny’s dancers.

Johnny Cash’s “Hurt,” Elton John’s “Candle in the Wind,” and Pearl Jam’s rendition of “Last Kiss” are all top of the list.

Fanny’s won’t be the only one celebrating the re-opening though – other North Bay institutions are helping as well.

Northland Wrestling will keep the vibe going by staging a “Casket Match” inside the bar at midnight, while Cecil’s will be supplying “Moe-Ze-On Inn Memorial Wings.”

Martyn Funeral Home is even lending a hearse for shuttle services.

Allan Silk, driver of the hearse, says shuttling people back and forth from the strip club will be “strange,” but is in no way the weirdest thing he’s ever done.

“I once did a furry funeral,” says Silk. “Driving a dead man in a full puppy fursuit followed by 35 mourning badgers is about as strange as it gets.”