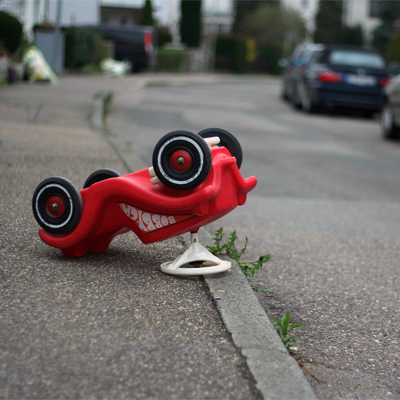 M. Night Shyamalan has nothing on North Bay.

In an unexpected twist, all 53 651 of North Bay’s residents have forgotten how to drive.

Reports have flooded in of people driving in the wrong lane, hitting pedestrians, and worst of all, failing to use their turn signals.

Further reports of drivers racing in residential neighbourhoods, failing to yield, and blaring white boy rap at loud levels have only fed into the growing concern that everyone in North Bay are just crazy bad drivers.

Katie Spears, a “frequent driver” who used to use her vehicle to navigate the city’s roadways, admits she doesn’t know what to do anymore.

“It’s awful. I get into my Lexus RX 350 and everything goes nuts! I used to be able to effortless merge into lanes at the very last moment, or joyfully fly down Algonquin while searching through my purse, or drive dangerously close to bicyclists and race down pedestrians, but now everyone else is doing it.”

Jake Manbro is the owner of two Pontiac Sunfires, three Grand-Ams, one Mitsubishi Lancer, and an old Honda Civic with a big red spoiler on the back. He also owns everything Eminem and Pitbull have ever put out. He says he’s never seen anything like it.

On a tour of North Bay with Manbro, during which Jake ran two red lights, merged without looking and raced to the Lakeshore overpass only to slow down over its tiny bumps, Manbro pointed out how bad everyone else was at driving.

“That guy just braked going down College Drive. What a jerk!”

After cutting the 10 minute Lakeshore to Airport drive down to 9 minutes using an innovative combination of tailgating and speeding, Jake parked his car and admitted he was baffled.

“I just don’t get it. We all used to be such great drivers. What has happened North Bay?”