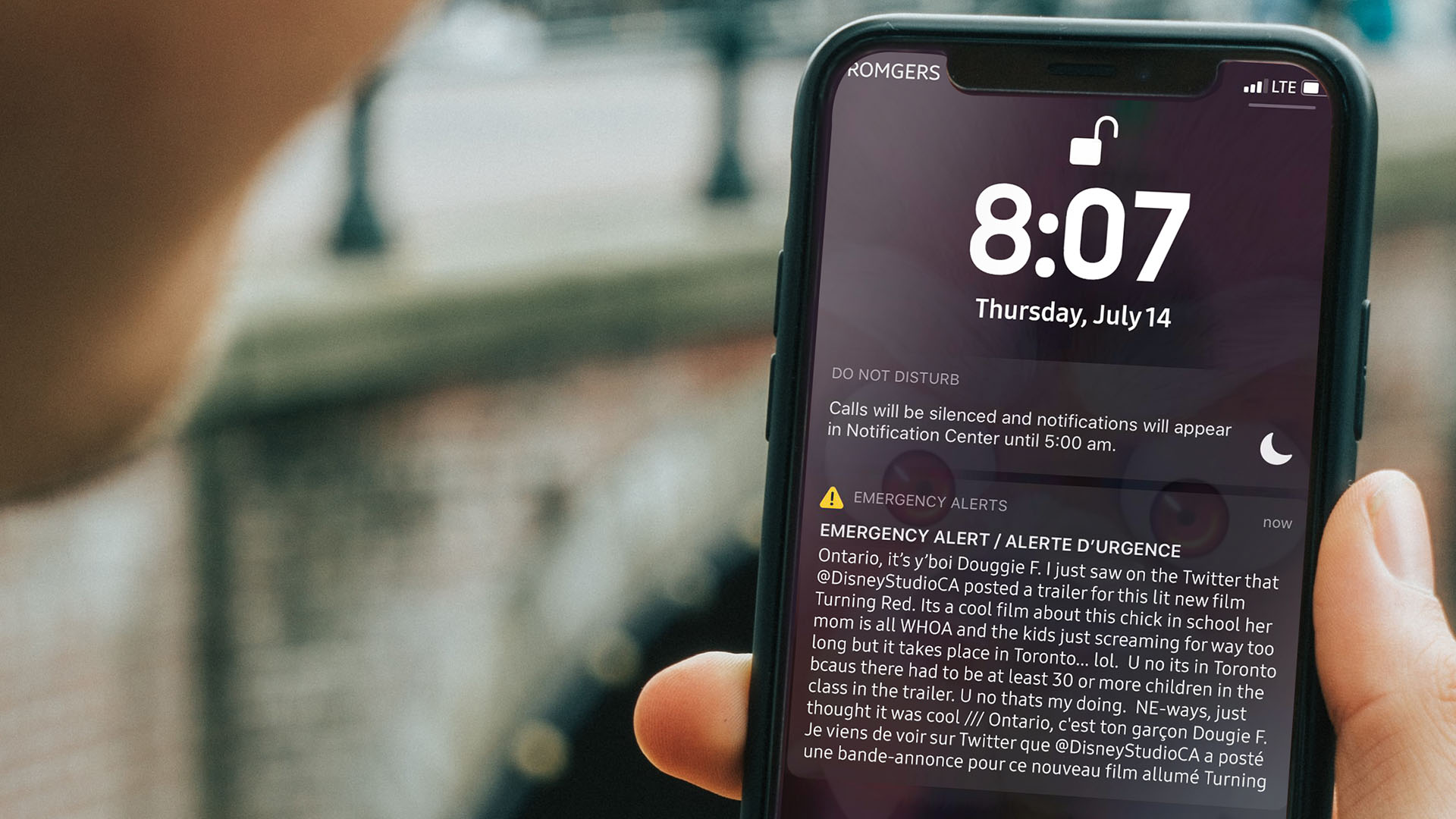 If there’s one thing that all of Ontario likes, it’s Toronto.  So the recent announcement that Pixar’s new animated film ‘Turning Red” will take place in Toronto had Premier and Toronto enthusiast Doug Ford scrambling to tell everyone.

And he did — with an Emergency Alert.

At 8:07am, phones across the province regaled its sleeping owners with the song of its people.

The sound, which is most commonly associated with an ‘Amber Alert,” scared and angered many Ontarians.  But Doug Ford claims they are just being a bunch of Negative Ninny’s.

“I was up, and I saw Disney Canada post the exciting Pixar news to their Twitter!” gushes Ford. “I just had to let everyone know.”

“Anyone that is mad at this is clearly anti-Ontario and in my bold and honest opinion are a bunch of dingbats and boneheads.”

Many films are often shot in Toronto but are set in another city, country, or even planet. This led Doug Ford to comment on how refreshing it is to have a movie that takes place in Toronto but was shot in “Animation Land.”

“This will definitely be one of those films that Social Study teachers will put on the last Friday before Winter Break because they already started their holiday drinking on Thursday night,” smiles Ford. “And to be frank… that’s Ontario. “

Turning Red will be hitting streaming services or theatres or something – we don’t know, Disney rejected our request for a sponsored post, so you can do the work yourself.