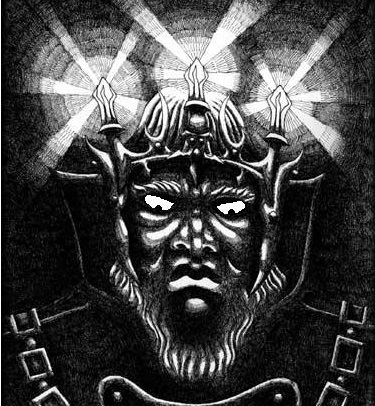 NORTH BAY — Dark Lord Maggart Bloodgood, the Master of the Obscene, Baron of Bane, Reprobate Ruler and part-time Sandwich Artist, has thrown his hat into the City Council race.

Speaking from his Pearce Street home, in which a dozen or more souls screamed in agony as ten thousand venomous asps bit at them, Bloodgood said he was hoping to “help the little guy.”

“I’ve lived in North Bay for 6 years now,” yelled Bloodgood over a particularly loud howl of torturous pain. “And I’ve watched as Council has done nothing to help the young, the elderly, and the poor. That hurts me almost as much as being forced to walk barefoot through a boiling hot river of blood does.”

“So I’ve officially put in for a seat on the City Council.”

Bloodgood is now one the 15th candidate who has applied for one of the 17 City Council seats.

“I’ve known Bloodgood for years now,” says Terrance. “He’s smart, polite, and cares about his community. He a great negotiator, and he always delivers on his promises.”

“He’s one of North Bay’s best,” a visibly sweating Tikus announced. “Never had a problem with him. I pray I never will. I look– I, uh, I look forward to seeing him on the Council. Is it hot in here?”

“I want to address low income housing issues, along with the treatment of our elderly,” says Bloodgood. “I think we also need to take a good look at Baylor Report and see what we can find there. We need to market North Bay’s strengths: our College and University, our burgeoning arts culture, our commitment to hard work and opportunity. We won’t get anywhere by painting the town to make it look glossy – we need to address our population problems, our drug problems, and make people want to come to North Bay.”

“I’ve prepared a 30 page document in which I outline, step by step, my process for bettering North Bay which is backed by studies like the one done by Baylor, but also provincial trends and forecasts, as well as historical research I’ve conducted that shows how towns with similar populations and affluence have attracted new investments and advanced themselves. I’m not interested in simply mending North Bay – I want to see the city grow and become more accessible, prosperous, and welcoming. This is my city, and I love it.”

“Now, if you’ll kindly excuse me, I need to go flay some people alive.”