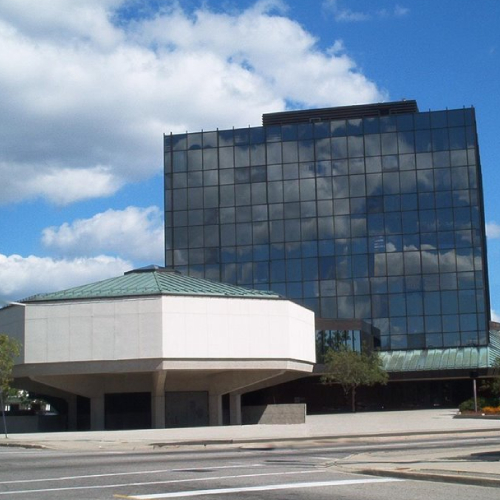 The hotel tax, which other cities like Barrie and Sudbury have already implemented, would see hotels charge an extra 4% for those seeking accommodation. The extra charge would have increased the average hotel stay by about $5.00, which would have produced some $850 000 annually for the city to use to promote tourism.

“We heard the public loud and clear: no hotel tax. Not now, not ever.”

The North Bay Road Tax will see all motorists charged a small amount for the use of North Bay’s roads, streets, and avenues.

“It’s really simple,” explains Terrence. “We’ve already gone ahead and purchased 90 or so highway cameras from the MTO. These are the same cameras used on highways like the 407 and 401. They take a snapshot of your license plate and check it against a database.”

“What’s different for us is that we’re not going to send one bill. Instead, every time a road is used in North Bay, the cameras will take a picture and file it away. Then, at the end of the month, the driver will be charged anywhere from 1 cent for small roads to 5 cents per use of major roads like Lakeshore and Algonquin. The computer will tally it all up and send a bill to the driver.”

Terrence estimates that it will cost the average North Bay driver between $7.00 and $20.00 a month to use the city’s roads regularly.

“We’re guessing that it will bring in almost $2 million in new taxes annually, which is way better than the hotel tax. One thing people from North Bay were saying was ‘why charge out of towners more for staying here?’ This way, everyone’s happy, since we North Bayites now foot the bill. ”

“There will be people who try to find ways around it,” says Councillor Vic Tikus. “They’ll pack snow over their plates, or install filters, or try to obscure our cameras. We’ll remind all North Bay citizens that it is a provincial crime to obscure your license plate. Anyone caught doing it will face fines of $110 to $1000, will be given demerit points, and may have their license suspended.”

“Again, it’s a win-win,” says Grey Terrence. “$2 million in new revenue, and the creation of six new jobs. Everyone is happy!”

Council has not disclosed where the new tax money will be spent. Road maintenance was cited as a top contender, but several Councillors expressed concerns over the condition of Memorial Gardens and asked that the money go there first.

Citizens can expect the road tax to take effect in December, says Terrence.

“It’ll be a little Christmas present for the city.”