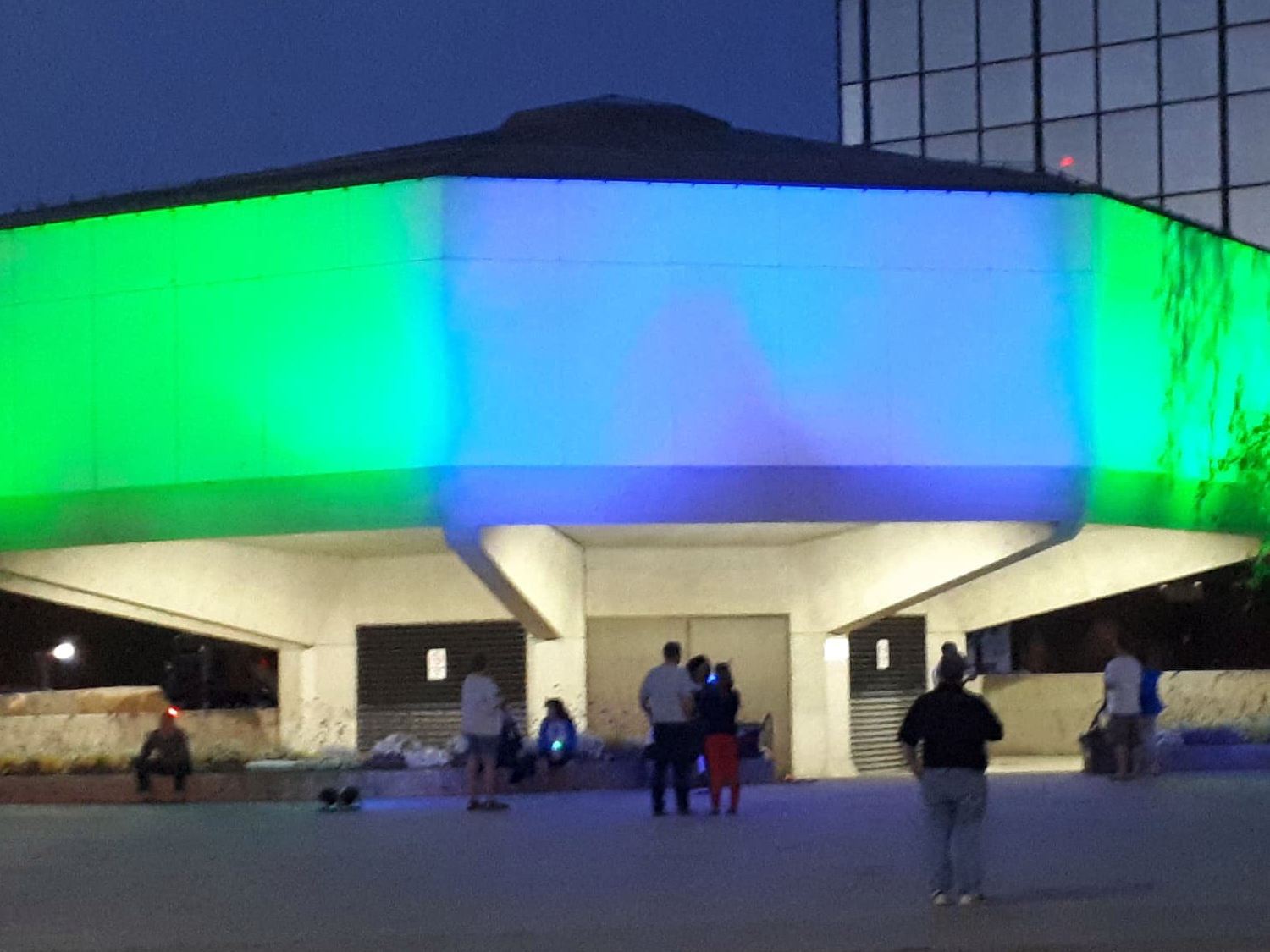 HANMER — It is 3 am on July 8th, 1976 in the tiny township of Hanmer when a crash “like a thunderclap” wakes local farmer David St. Martin.

Investigating the next day, St. Martin finds something incredible – nearly a kilometer of wreckage, and at its center is a “massive ship of some sort” measuring almost 80 feet across.

Within hours of its discovery, the object is quarantined and shipped off to an “undisclosed location” by a branch of the Canadian government.

But today, thanks to an insider report from two anonymous individuals known only as Matt M. and Kayla V., we now know that location was North Bay.

NORTH BAY — It’s 1976, the old City Hall has been torn down and a new building is being constructed. A 7 story glass high-rise is nearly completion, but another, previously unplanned building is about to be “constructed” next to it.

Overnight, an octagonal concrete structure will appear. This will become the “hub” of City Hall, explains Matt M., but it is not just the City Council’s Chambers – it is, in fact, St. Martin’s ship: a “fully functional extraterrestrial spacecraft.” 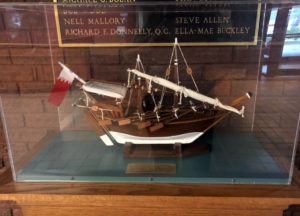 “The concrete shell contains most of the intrinsic radiation that the ship exudes,” says Matt. “The entire craft rests just under the structure, accessible only to the highest ranked members of the military, air force, and municipal council.”

By 1977, City Hall is completed, and the concrete octagonal hub is connected to the glass structure at the 5th floor. The tiny wooden ship that sits just below the commemorative plaque is a “wink and a nod” to City Hall’s real nature, says Matt.

But the business isn’t “all officially on the books” says Kayla V.

“The experiments run almost nonstop, except on Tuesdays from 5:30 to 9:30 because that’s when City Council has meetings.”

“And they succeeded. By 1981 the first viable Humabryds were created. By 1983 they were in the population.”

Matt says that the agency involved in the experimentation continues to create Humabryds to this day, often taking prominent North Bayites and then modifying them to be “more alien than human.”

“They’re taking people, almost always important people, and turning them into alien-human hybrids to further their global agenda,” explains Matt. “Just think – when was the last time you heard from Will Boissoin?”

Kayla says there are “multiple” high ranking Humabryds among us, and one in particular was just voted into City Council.

“I’m not going to name any names because I fear for my safety,” says Kayla. “But I can tell you that he is tall and lanky and works very, very close to City Hall. Just one look into his dark dreamy eyes and you just know he’s a Humabryd.”

“I think he works close to the crashed saucer so he can return there every few days for a fresh infusion of alien DNA.”

So what do Matt and Kayla recommend North Bay citizens do?

“Nothing,” says Kayla. “Don’t do anything to create suspicion. Act normally. Attend council meetings when they’re about schools or turtles or whatever North Bay is obsessing over that week.”

“But watch and listen – your neighbours could be Humabryds. Your friends. Even your partner. Trust no one and question everything.”

As for the ship that is City Hall, Matt believes it will take care of itself. 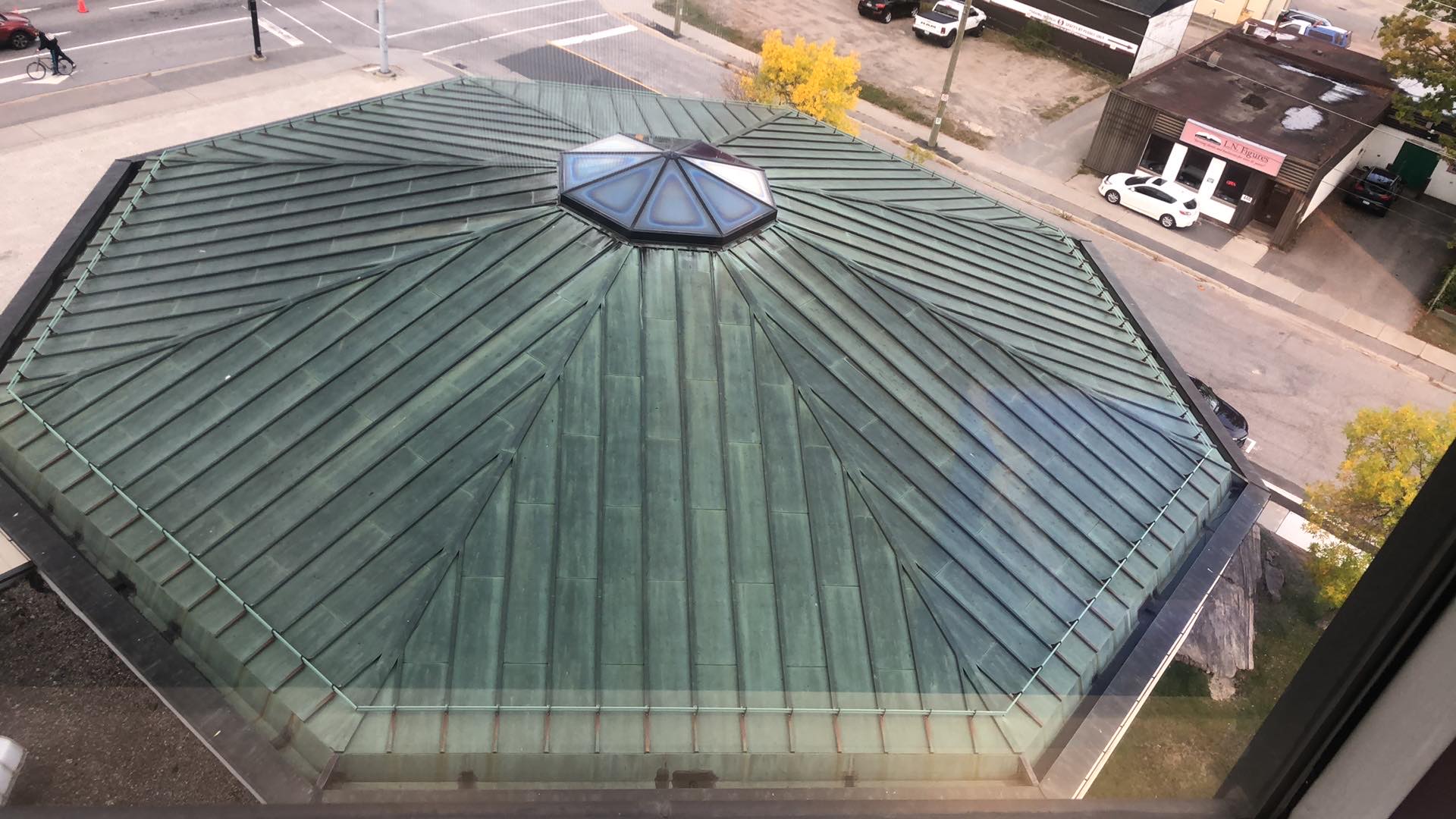 “The ship survived the crash onto St. Martin’s farm,” posits Matt. “I have no doubt it survived the trip to North Bay and that it’s still working. They incased it in concrete to keep the radiation in, but I believe they also did it to keep anyone from trying to fly it away too.”

Eventually though, “someone or something is going to come looking for that ship.”

“Either that or one of the Humabryds will fly it back to where it came.”

“And while I’m not going to name any names because I fear for my safety,” says Matt. “My money is on Scott Robertson.”