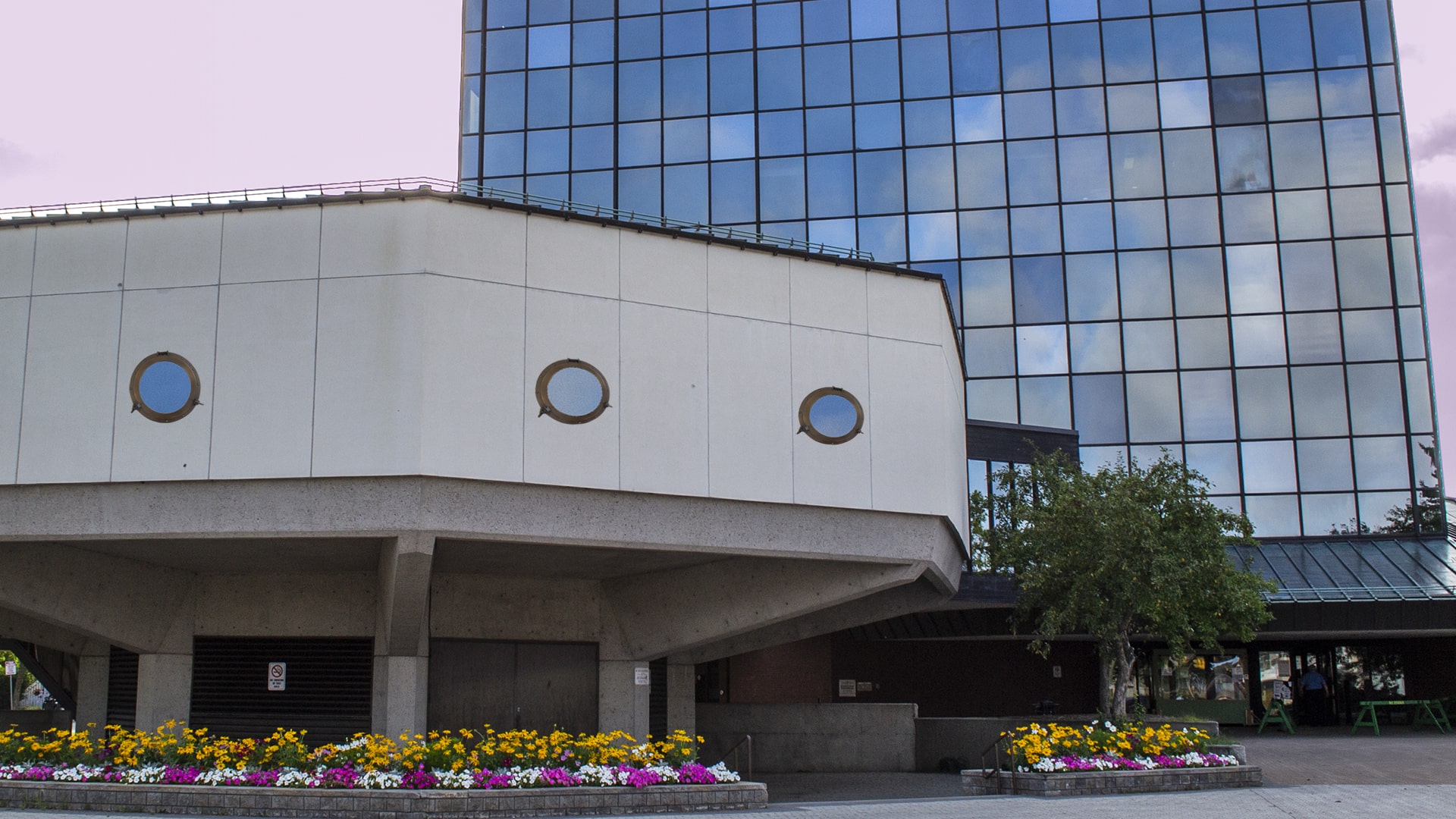 NORTH BAY — In a new attempt at municipal transparency, Mayor Al McDonald has overseen the installation of three public viewing portholes outside of City Council.

“I’m hearing people on social media say we’re not transparent enough, but if you look through these portholes, I think you’ll agree: they’re far from opaque,” McDonald wrote in a heavily redacted statement issued to the North Bay Bay after a lengthy FOIA request.

The portholes, which have been installed around the perimeter of the City Council Chambers at approximately 15 feet above ground level, allow one person per porthole to have a distorted, soundless view of the inside.

“As a former Conservative candidate, giving back to the community in such a way is against everything the party taught me,” says McDonald. “Y’all are really twisting my arm with this one so I hope you appreciate it.”

While the portholes allow for greater public access to City Council meetings, the project isn’t without its hurdles. Being fifteen feet above the ground, the only way to look through one of the portholes is to bring a ladder.

Motions to add funding for a municipal ladder have been shelved as the new West Ferris Arena project nears.

“At the moment we need every penny going towards the arena. We can’t keep forcing families to use the subpar sports stadium we have already.”

When questioned about the proposed placement of the portholes, specifically one positioned directly behind a support beam inside the Council Chambers, McDonald had little to say.

“Listen, you don’t get to complain about the view if you bought nosebleed tickets. Y’know what I’m saying?”