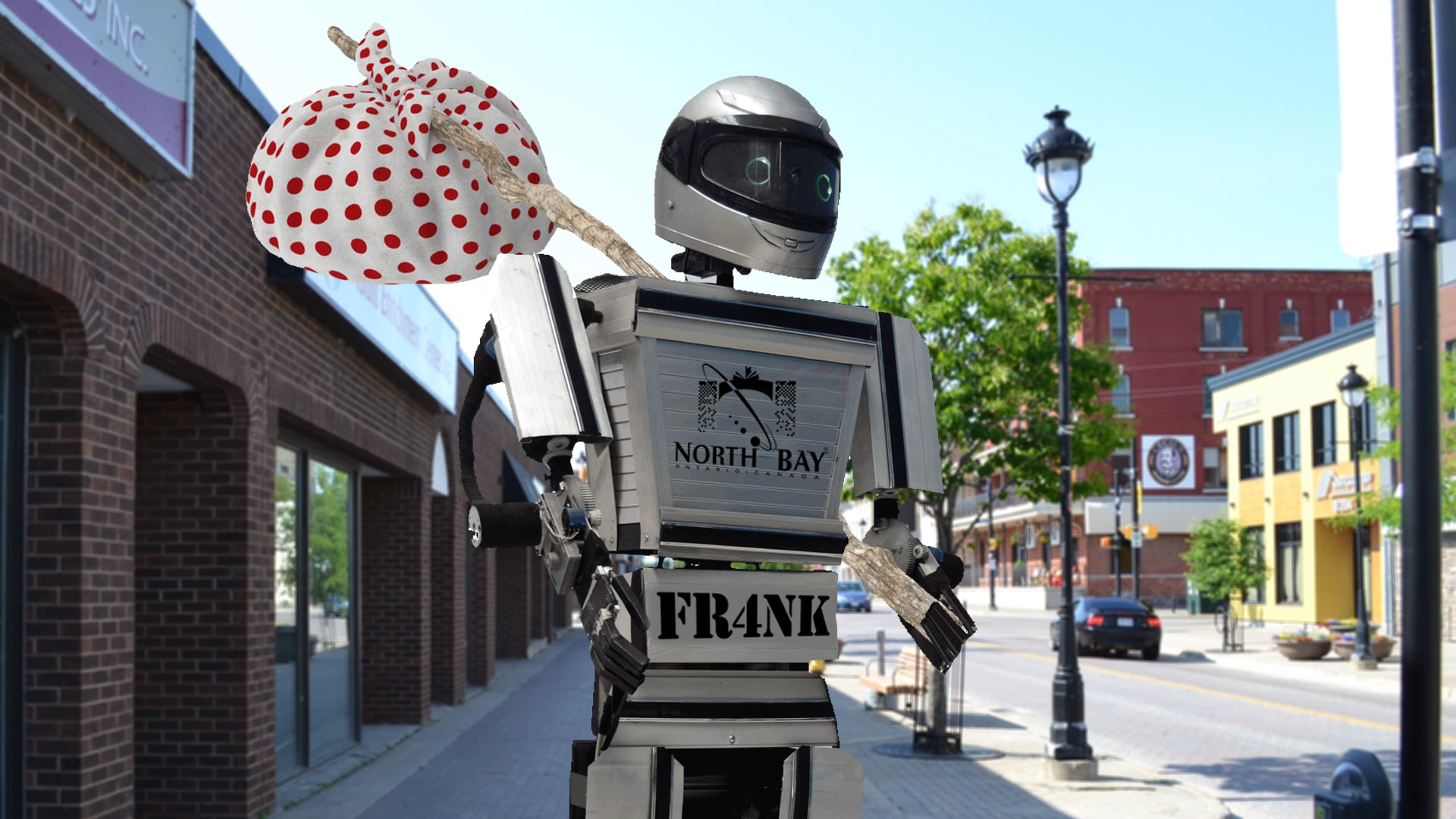 Known throughout the city as The Drifter, The Wanderer, The Dandelion Man, The Vagrant, and Frank, North Bay’s Mechabum is “the world’s most perfect hobo.”

But Mechabum didn’t start that way.

Working off of a lucrative research and development grant, local engineer and accomplished juggler Dr. Prost created what would later become “Mechabum.”

“The original vision was to create a tough, durable, and self-sustaining mechanical community support worker,” explains Dr. Proust, “and we succeeded. Unit-FR4NK – or ‘Frank” – was completed on March 22nd, and was sent out to help support those in need.”

After some early successes helping the homeless in North Bay, Frank began to change.

“I don’t know if was the exposure, if it was a malfunction, or it was because social workers are unacceptably underfunded and overworked, but Frank ceased being a social worker and transformed into ‘Mechabum.’”

Prost and his team have spent the last few weeks tracking Mechabum.

“We’ve spotted Unit-FR4NK a few times,” explains one of Dr. Prost’s interns. “The unit now dresses in layers, asks for change, and has even created an old fashioned bindle.”

“In hindsight though, designing the unit to run off of rubbing alcohol was probably a poor choice.”

“In a pinch, Listerine works as well!” adds Dr. Prost as he juggles rubber chickens.

Dr. Prost recommends approaching Mechabum if you see them.

“Frank is mostly harmless,” explains Prost. “He rarely yells, tries to stay out of the way, often whistles a jaunty tune, and only steals lawn chairs if they’re made of a metal alloy he can melt and consume to strengthen his neigh impenetrable exoskeleton.”

Prost picks up three bowling balls and begins to throw them.

“We’re honestly thinking of making him a dog companion. The Littlest Mechahobo. We’ve written a theme and everything.”